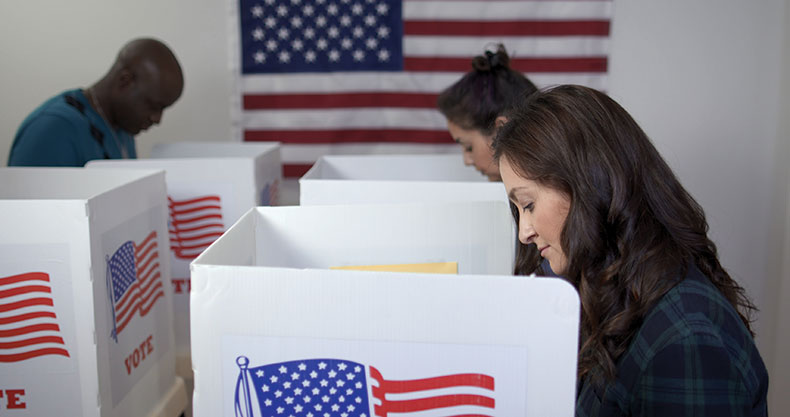 Whether you can believe it or not, it's mid-term season, and as a resident of North Carolina, there are a few dates you should be aware of during the season.

But first, what and when is the mid-term election season?

Midterm elections are the general elections held near the midpoint of a president's four-year term of office. It is the time in which we vote for the two chambers of Congress, the Senate and the House. In fact, for 2022, ballots will include one U.S. Senate seat; 14 U.S. House seats; several state offices (General Assembly, Supreme Court, and Court of Appeals); local judges and prosecutors; and county offices like sheriff and county commissioners.

Why are we telling you now?

Because in order to vote, you must be registered to vote. In North Carolina, the last day to register to vote is October 14. After that time, you can register to vote, but it can only be during one-stop early voting, which runs from October 20 – November 5 at 3 p.m.

Now, what do the mid-terms mean to you?

If you think the presidential election is important, you’re looking at the true weight behind it. Not just that, but some of your local movers and shakers.

Established by Article I of the Constitution, the Legislative Branch consists of the House of Representatives and the Senate, which together form Congress. The Constitution grants Congress the sole authority to enact legislation and declare war, the right to confirm or reject many Presidential appointments, as well as allowing substantial investigative powers.

As you have the power to elect these representatives, it is best to research them and look for what they are interested in supporting, not what their opponent says they support.

Looking at how a candidate previously voted is helpful, but not necessarily the whole story either. Oftentimes a vote they are beat up over not supporting is part of a package that if they supported would not have been the best for their constituents.

If you’re seeing ads, many times you see the negativity. Pointing fingers isn’t a new aspect during the polling season, but again, you must look deeper. The person who is making sure you know the negative aspects, what are their stances on those topics?

As an American citizen it is your right to vote. Take some time to make sure you’re registered and ready to vote. After all, if you’re going to discuss how things are going in the country, you should play your part in it.

A Brighter Future for you

You can learn more about the ways we are Powering a Brighter Future by clicking the link below.