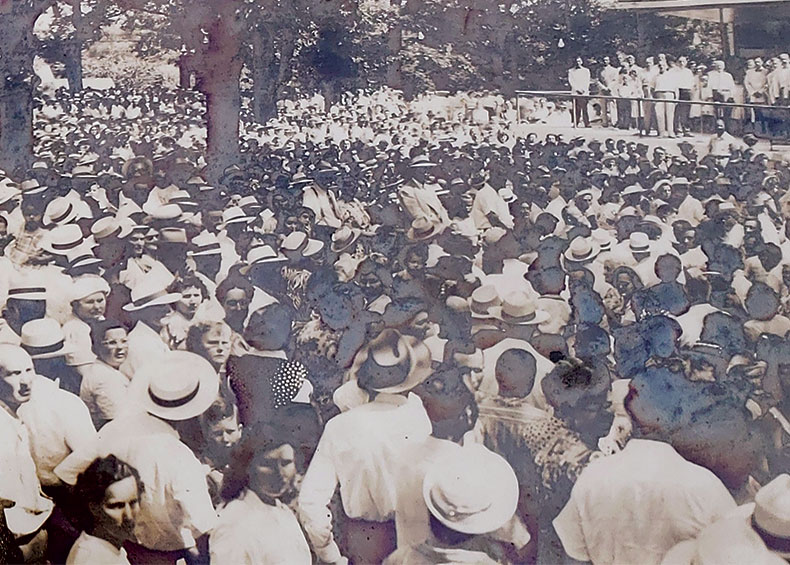 Every June, singers from multiple states gather to share their musical talents and compete against each other. This is the Annual Singing Convention, and 2020 marks the 100th anniversary.

The first recorded gathering was in June 1921 at a tobacco warehouse in Benson. It is said, that as early as 1917, a choir competition should take place to showcase local talent in the area.

“Prior to this date, church choirs in Benson and surrounding communities would gather at an appointed church, or even meet outside in large open areas for a day of gospel singing,” said Rayvon Best, event manager. “Meetings usually occurred on the 5th Sunday in May or June and these early gatherings often became traditional annual events.”

These yearly sings continued to be held and interest in having a singing contest continued to grow throughout the area. That came to ultimate fruition on May 29, 1921, when the first organized singing competition was held in Benson. 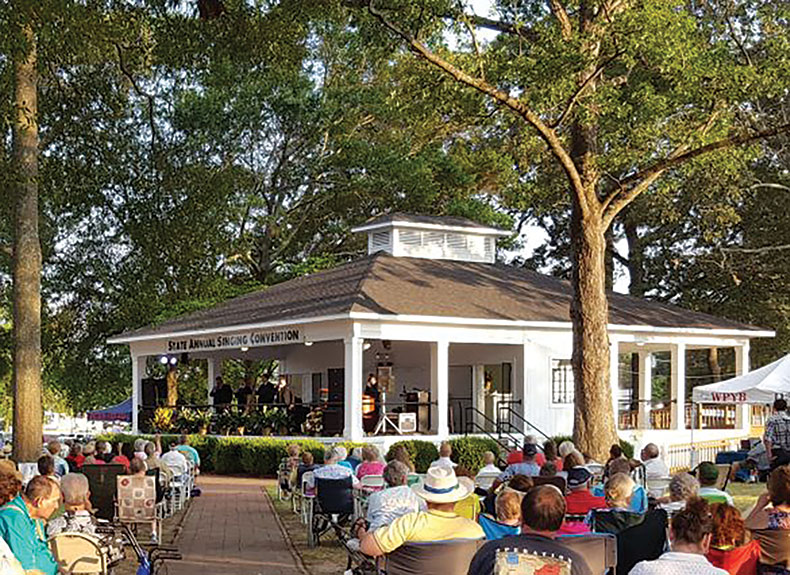 “This momentous event was organized by Simon P. Honeycutt, J.B. Raynor, T. C. Miller, J.V. Barefoot, and J. H. Rose. All are considered to be founders of the State Annual Singing Convention,” said Best. “According to Mr. P. B. Wood, Jr., a past convention president, these five men saw a need to bring the community together each year to sing praises to God and to enjoy the fellowship that goes hand-in-hand wherever Christian people congregate.”

During the first 10 years, groups were pretty local, from all over Johnston, Harnett, Sampson, and Cumberland counties. There were even a few groups travelling from Greensboro.

However, the singing convention and competition became so popular, that it now brings groups from all parts of North and South Carolina, Kentucky, Ohio, West Virginia, Virginia, Tennessee, Florida, Georgia, Mississippi, Louisiana, Arkansas and Alabama to attend the convention.

The event now brings groups from all parts of North and South Carolina — plus 11 other states — to attend the convention.

There have been other changes since the convention’s start, from a one-day to three-day convention, with a souvenir book and radio broadcast. A permanent covered stage was erected, and food vendors were welcomed. All this on top of the invitations extended to out-of-state groups to join the convention and compete in the contests, and for recognition and more.

The event would have been a little different for it’s 100th anniversary this year.

“The Board of Directors decided to change the traditional schedule for 2020, omitting the singing contests for this year,” he said. “In honoring our first 100 years, the directors felt that the weekend should be one huge homecoming celebration featuring tremendous concerts by regional, state, and national recording artists.”

However, with the coronavirus making the impact it has, the event will not take place this year. The singing convention committee is at work to make the 101st year an event to be remembered, returning June 25-27, 2021, to make the huge homecoming celebration a reality.

Updates and information will be available at gospelsingingconvention.org, by checking their Facebook page, search State Annual Singing Convention-Benson Sing, or by calling 919.894.4389.

South River EMC was built for our members, by our members. One of the Cooperative principles we adhere to is concern for community. Read about some of the ways your electric cooperative is working in your community.