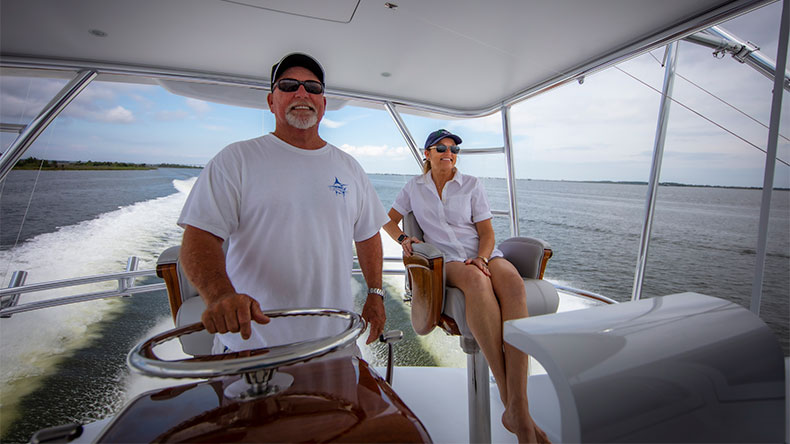 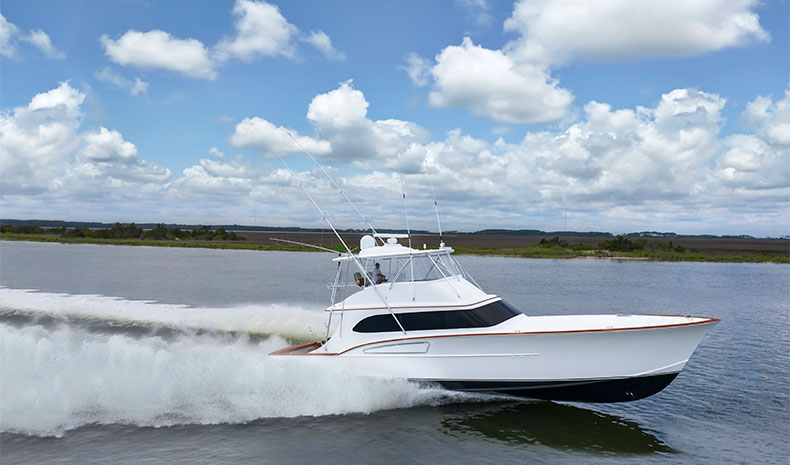 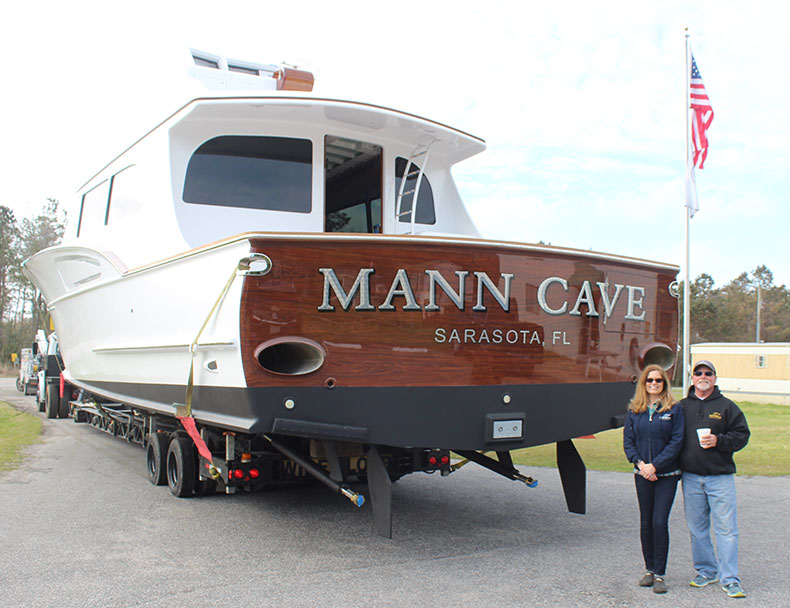 A successful boat builder knows the value of being a good listener. It starts with listening to the client as you embark on a years-long journey to design and handcraft their one-of-a-kind sportfishing yacht.

Those listening skills are put to the test daily during construction and even moreso during critical junctures like the carefully choreographed hull flip. There’s the brief parade route through Manns Harbor while Tideland EMC crews lift energized power lines on the way to splash the vessel. Then you listen some more on that inaugural run as another Mann made Carolina flare slices through the Pamlico Sound making for a smooth and quieter day on the water.

Thirty-three years and more than 40 builds later, the hardest thing to listen to was the call of retirement. In fact, it required its own test run. In the spring of 2020, Paul and Robin Mann temporarily closed their Manns Harbor boat building facility to focus on health matters. Fourteen months later they announced the closure would become permanent.

While this particular chapter has closed for Paul and his wife, Robin, seeds they’ve sown continue to bear fruit. The couple worked with The College of the Albemarle to develop career readiness initiatives to hone the skill sets needed by boat builders in Dare and surrounding counties. Through their work with local non-profits, scholarship funds were created for students connected to the commercial fishing and marine industries. Robin served on the Oregon Inlet and Waterways Commission and was a founding member of the Coastal Carolina Purple Martin Society which educates the public about the summer migratory roost at the old Manns Harbor bridge.

Paul also knows his way around a grill and has routinely fed participants during the annual Dare County Boat Builders Foundation fishing tournament. In 2020, the foundation the Manns help found awarded nearly $90,000 in scholarships to Dare County students. A countless number of workers, tradespeople, suppliers and local citizens have
benefitted from their association with the Manns.

In a press release that officially dotted the i’s and crossed the t’s on their retirement, the Manns referenced legendary locals like Sunny Briggs, Buddy Canaday and Omie Tillet. Each helped shape Paul’s boat-building style, work ethic and the way he treats others. Paul did indeed follow in their footsteps, becoming a legend in his own right, building a fleet of dreams that will cruise on for decades to come.

Keep up to date

Find out what's going on with your cooperative.

Learn more about us