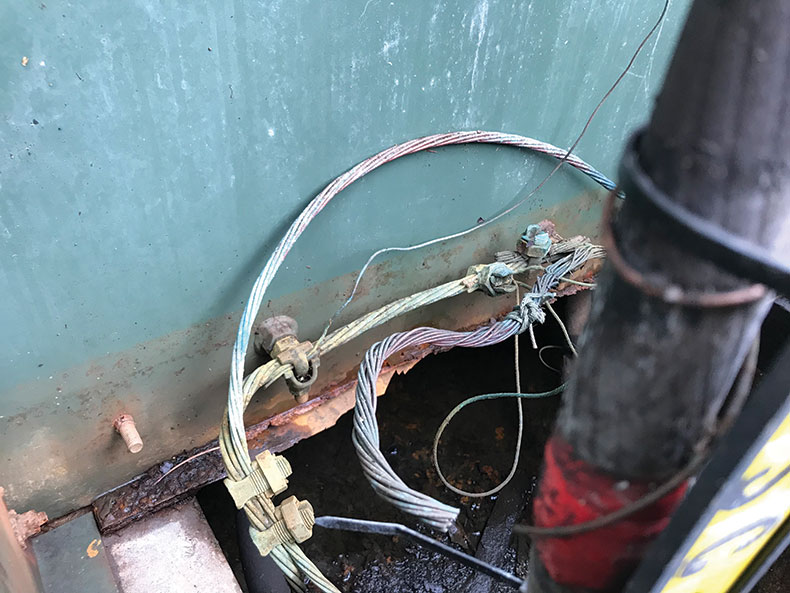 This switching cabinet at Fairfield Harbour has been taken out of service due to storm surge damage.

Since Hurricane Florence, Tideland crews have responded almost daily to underground service problems ranging from partial power to total loss of power. The majority of service calls are in areas of Pamlico and Craven counties that were inundated with storm surge during the hurricane. The high salt content of the floodwater has been particularly damaging to Tideland’s underground infrastructure. 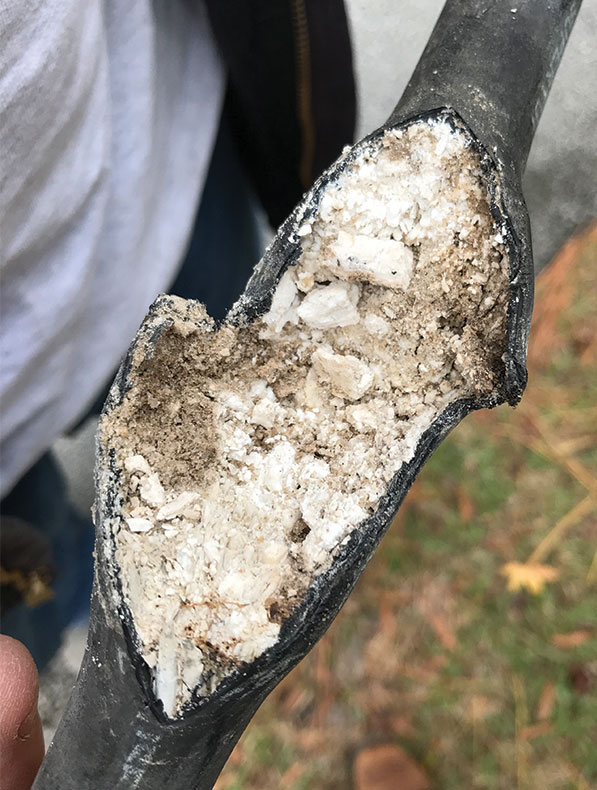 Since Hurricane Florence, Tdeland crews are more frequently encountering corroded underground powerlines like the one above.

Many padmount transformer cabinets are already showing signs of rust. Some equipment has even been removed from service and electric lines rerouted while Tideland officials explore mitigation options in areas that went underwater during Irene and again in Florence. Those options could include elevation or much more expensive stainless steel cabinets.

Underground powerlines in the area are also failing at a much higher rate. While no powerline is impervious to deterioration over time, saltwater speeds up the process in underground wires. Even when the water recedes, the salty deposits left behind can accelerate insulation damage and corrosion of the aluminum wire. Minimal damage to a wire that may have occurred years ago when other services, like cable lines, were being installed and had been previously undetected are now a pathway for rapid corrosion. Likewise, previously repaired underground wires are more susceptible to the corrosive effects of saltwater inundation at the point of repair.

Unfortunately, the co-op will be battling these types of underground service calls for the foreseeable future.

Learn how to report a power outage.