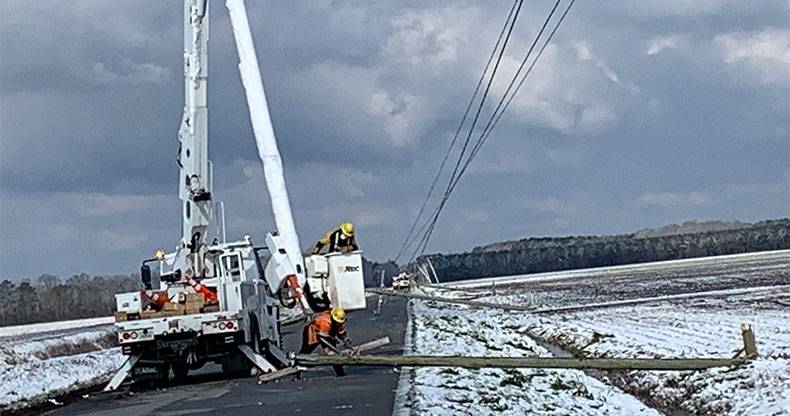 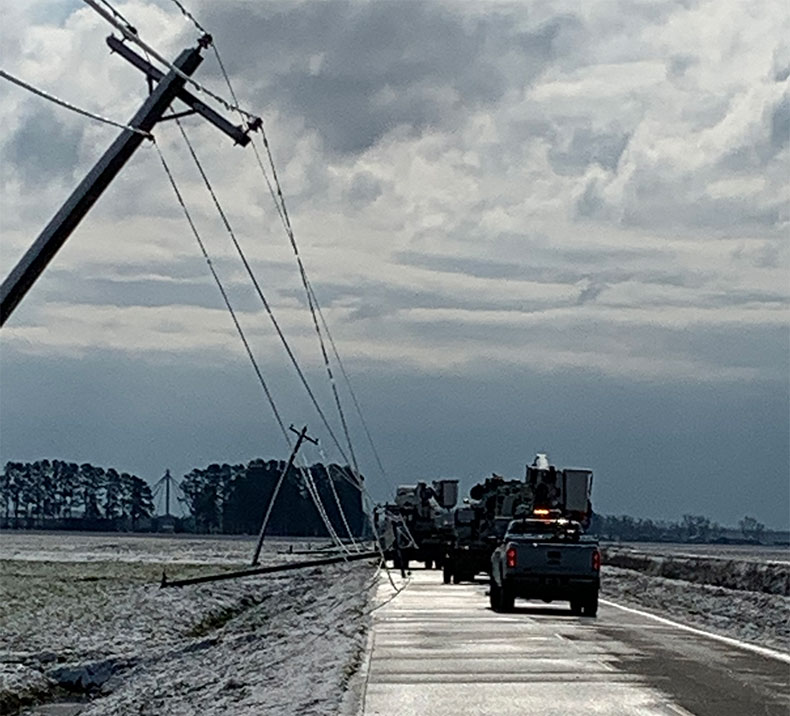 Storms don’t have to be named to inflict serious damage to our electric system. Fortunately, we did have some advance warning to prepare for events that impacted Tideland territory February 6-7 and February 20-21. The first event resulted from a line of thunderstorms that produced wind gusts between 45 and 65 miles per hour. More than 9,600 Tideland members experienced power outages due to distribution system damages. The lengthiest outage occurred on Fairfield Harbour Circuit #2 where a double-circuit pole broke, the force of which uprooted an underground line that also had to be repaired.

Two weeks later on the night of February 20, light snow and ice blanketed much of Tideland territory. As the sun rose, the Pinetown area was impacted by straight line winds.

When ice accumulates on power lines, it forms a teardrop shape. Straight line winds can cause the ice encased wire to take on the shape of an aerodynamic airplane wing resulting in lift. This is known as “galloping.” Galloping can cause wires to eventually touch, resulting in a fault or subsequent power outage. The increased movement can also cause cross-arms to break, bringing lines to the ground. 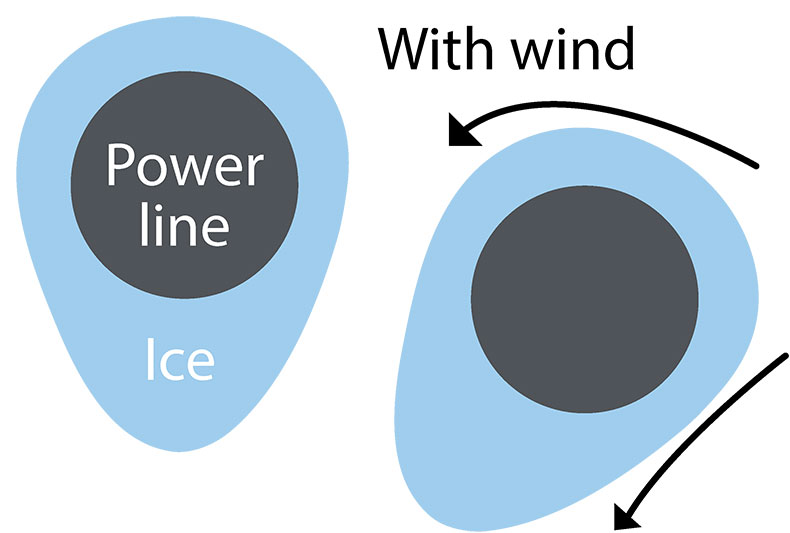 It was this galloping phenomenon that dominoed out of control early February 21, damaging 15 poles, 10 of which were in a clearing along on Old Hwy. 97. While 1,700 members were impacted by the wintry outages, crews were able to re-route several lines to allow for power restoration while repairs continued. Unfortunately, a handful of members in the Shirley Farm area experienced the longest outage as crews battled high winds much of the day as they attempted to reset multiple downed poles.

Damage elsewhere was limited. South of the Pamlico River, an auto accident resulted in a broken pole on Cotton Patch Road in Chocowinity.

We appreciate our crews and the long hours they put in to restore power as well as the patience and support of our member-owners.

Find out how to report an outage, sign up for outage text messaging and stay safe during storms.