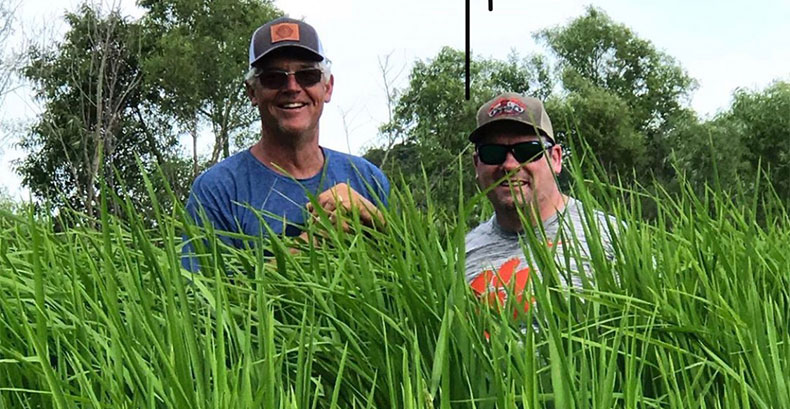 Al Spruill (left) and Tommy Wheeler (right) stand in a field of Carolina Gold rice prior to rice heading.

What do you get when you put a NASCAR general manager and a Pamlico County farmer together, when both happen to be duck hunters?

Any number of things, really. But if you’re talking about Al Spruill and Tommy Wheeler, you get the revival of a rice variety that has been absent for over a century in North Carolina.

Carolina Gold rice was brought to the United States from Madagascar on a ship that traded its load of rice in exchange for ship repairs in Charleston, South Carolina, in 1685. It flourished for over two centuries in the fertile soil of the southeastern coastal plain.

By 1900, Carolina Gold rice was one of the top exports in the Carolinas. But then along came commodity agriculture, economic woes in the South, and devastating hurricanes. By 1911, the rice industry had all but collapsed in North Carolina. 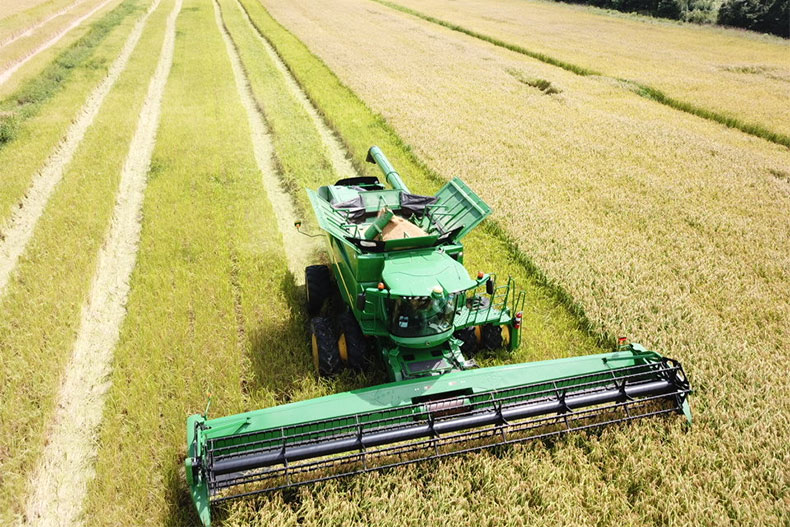 Friends for nearly 50 years, Spruill and Wheeler were both born and raised in Oriental. While Spruill stayed home to farm, Wheeler’s journey led him to Roush Fenway Racing. The two friends continued to hunt together which necessarily included maintaining food plots to attract ducks. When the Carolina Gold Rice Foundation in Charleston resurrected the heirloom seed, Spruill and Wheeler were eager to expand their small grain operation with something that wasn’t a commodity crop yet had historical ties to the region.

Spruill calls Carolina Gold rice the “granddaddy” of American rice. It’s resilient, adapts quickly to its environment, and was sought after by people all over the world. Its nutty, nuanced flavor with a hint of sweetness appeals to brewers and restaurateurs alike. 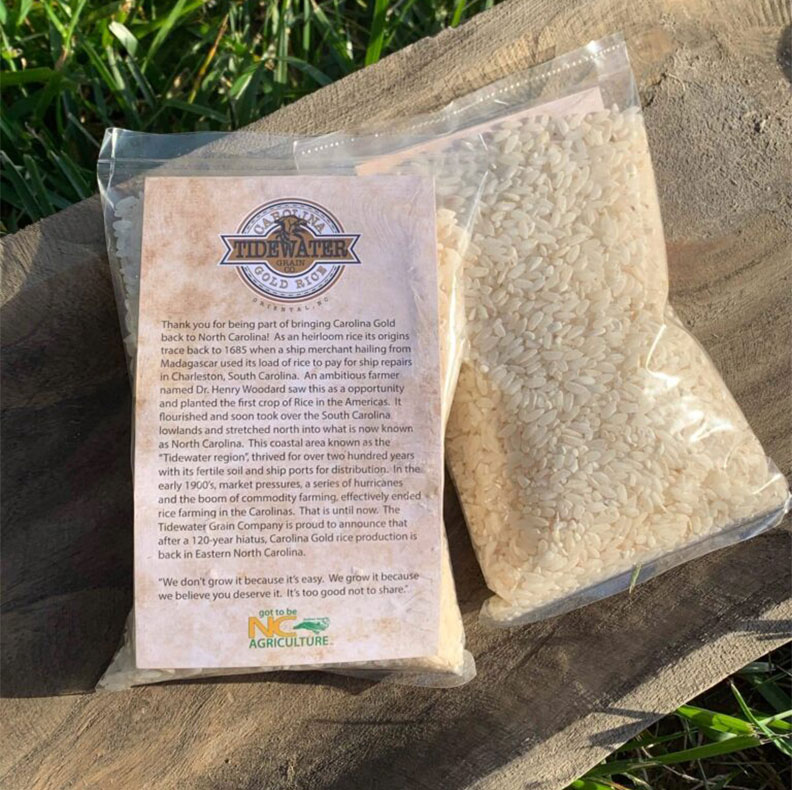 To learn more about Tidewater Grain Company and purchase their rice online visit tidewatergrain.com. Prefer to make your purchase in person? Visit Nautical Wheelers in Oriental and New Bern.