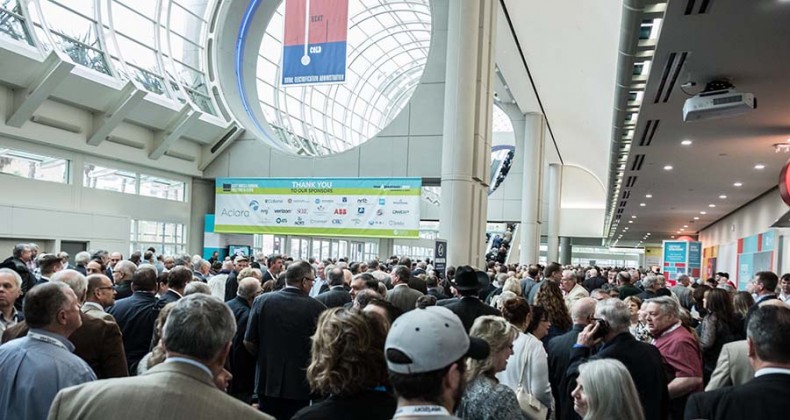 In 1942, rural electric leaders from across the country met in Washington, D.C., to discuss forming an organization that would make their voices heard on the national stage. That meeting led to the incorporation of the National Rural Electric Cooperative Association (NRECA). Seventy-five years later, NRECA is an internationally known and respected organization, and the electric cooperatives it represents are modern, consumer-focused utilities. 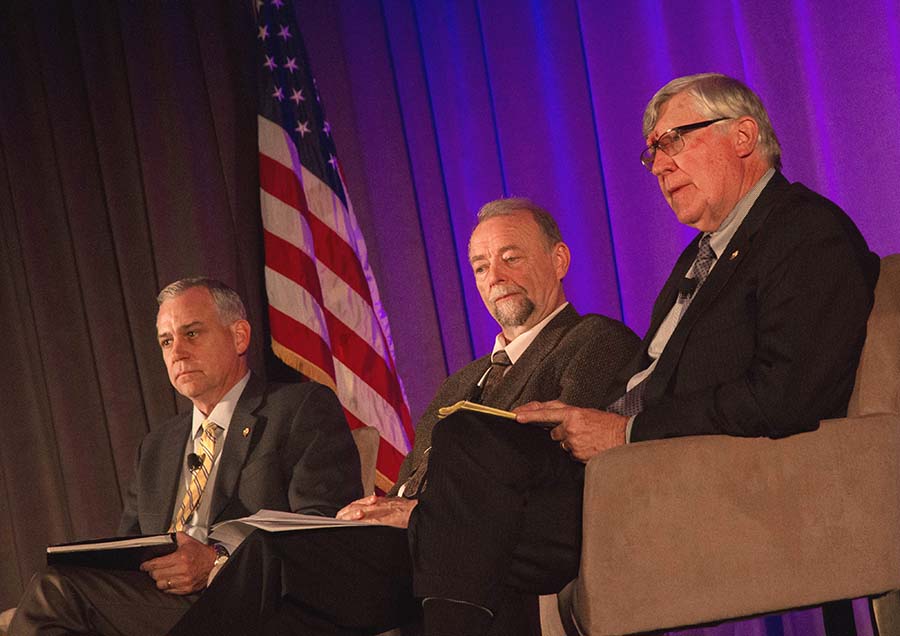 NRECA celebrated this anniversary at its annual meeting in February. Some 9,000 electric co-op representatives traveled to the San Diego Convention Center for the event, which included co-op training and education opportunities.

“So much is changing, and yet one thing remains constant. It’s our steadfast confidence that cooperatives make a better future possible for the people who form them,” NRECA CEO Jim Matheson said, addressing a crowd of co-op leaders. “Seventy five years ago, you formed NRECA to fight for your mutual interests. You formed a cooperative to make a better future possible. We’re still fighting. The challenges are different now, and they will be different a year from now. They will be different 75 years from now. But we will still be fighting, and we will always fight for you.” 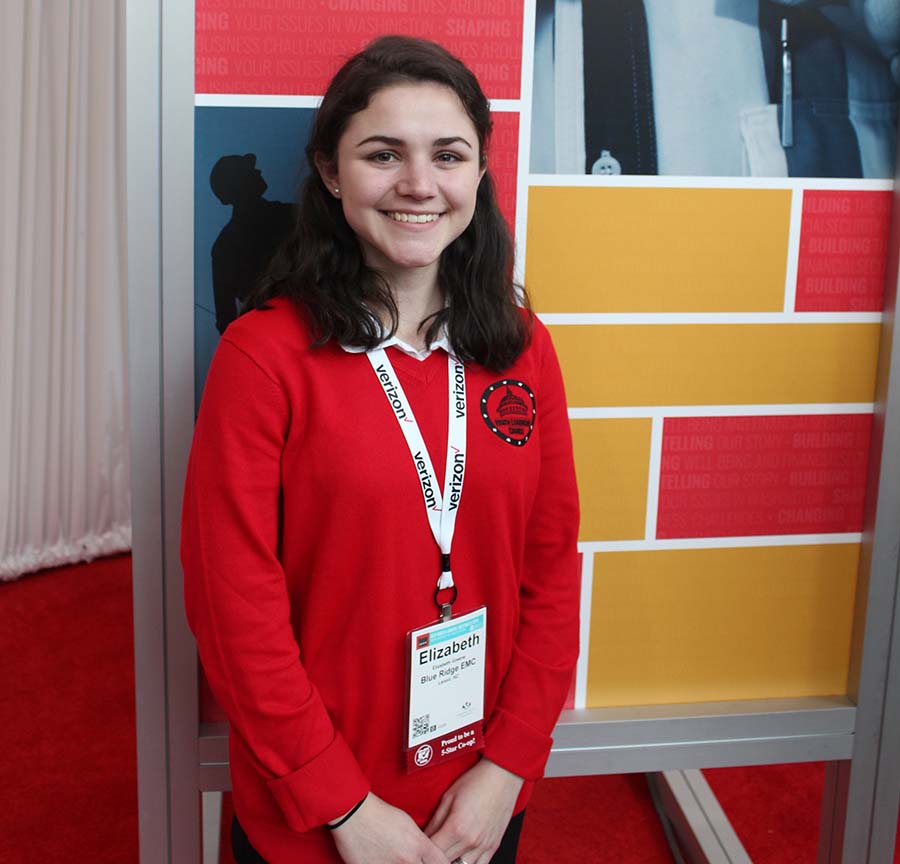 Youth Leadership Council (YLC) delegate Gracie Greene attended the meeting, assisting NRECA staff during sessions and encouraging attendees to communicate with their representatives in Congress. Greene represented Blue Ridge Energy at NRECA’s 2016 Washington Youth Tour and will be attending Appalachian State University in the fall. She sees her experience with YLC as an amazing opportunity to make close connections with fellow delegates from across the country.

“I’ve really enjoyed meeting [other YLC delegates] and learning about their different cultures,” Greene said. “They love the way the Tennessee girl and I talk. I never knew the word ‘supper’ was not widely recognized!”

Make sure to check out Jacob's Log, our series from a former Youth Leadership Council member.

N.C. in the spotlight

Several awards were presented throughout the meeting, and the board of directors at Roanoke Electric received the William F. Matson Democracy Award. The award recognizes outstanding participation in the Action Committee for Rural Electrification (ACRE), the political arm of co-ops.

North Carolina also was represented on the agenda by Tideland EMC CEO Paul Spruill, who discussed member-centric co-op services, in particular the methods his co-op uses to keep members informed during storm-related outages. 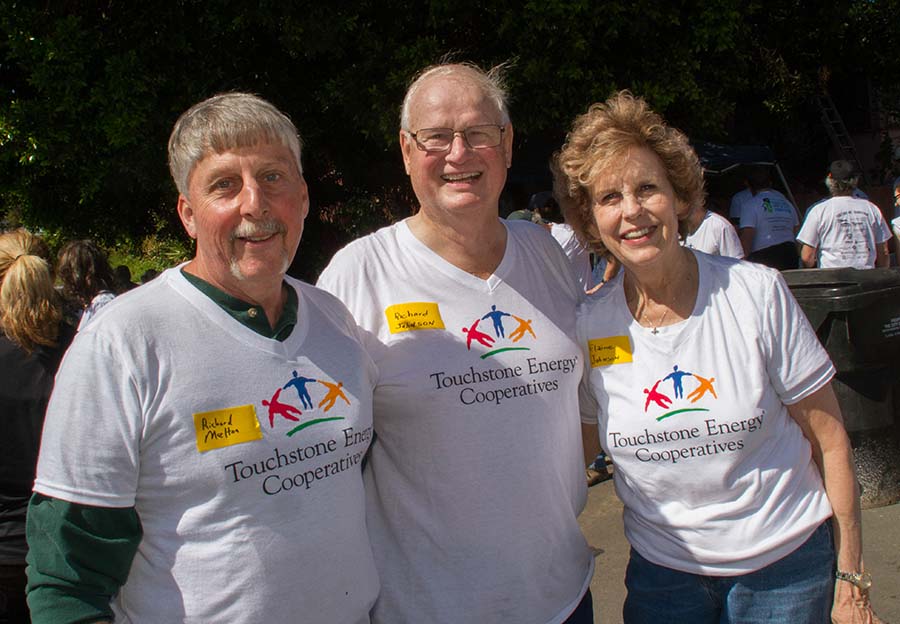 (L to R) Pee Dee Electric directors Richard Melton and Richard Johnson, along with Johnson’s wife, Elaine, were among the 100+ volunteers at the community project. (photo by NRECA)

If ever a street needed a helping hand, it was 59th Street, a narrow incline in the low-income Encanto section of San Diego, on which volunteers worked on five homes within 200 yards of each other.

Two of the homeowners, Raenal and Anne Smith, have lived in their small three-bedroom house for about eight years. In 2015, their grandson Wesley tragically drowned at nearby Mission Beach, and Anne’s father recently passed away. So they’ve had little opportunity to paint their house or fix a crumbled brick area that their six grandchildren use for bike rides.

“It’s a blessing. This is God-sent,” said Raenal, who works at a major home improvement store. “Usually, I get out here and do my own work. But between her dad, our grandson, it’s been a lot of heartache for us.”

“We couldn’t have found better recipients,” said Deanna Hutchison, project manager for Rebuilding Together San Diego, which has rehabbed hundreds of area homes and facilities. “The neighbors see people loving each other and the community coming together. It’s such a beautiful thing.” 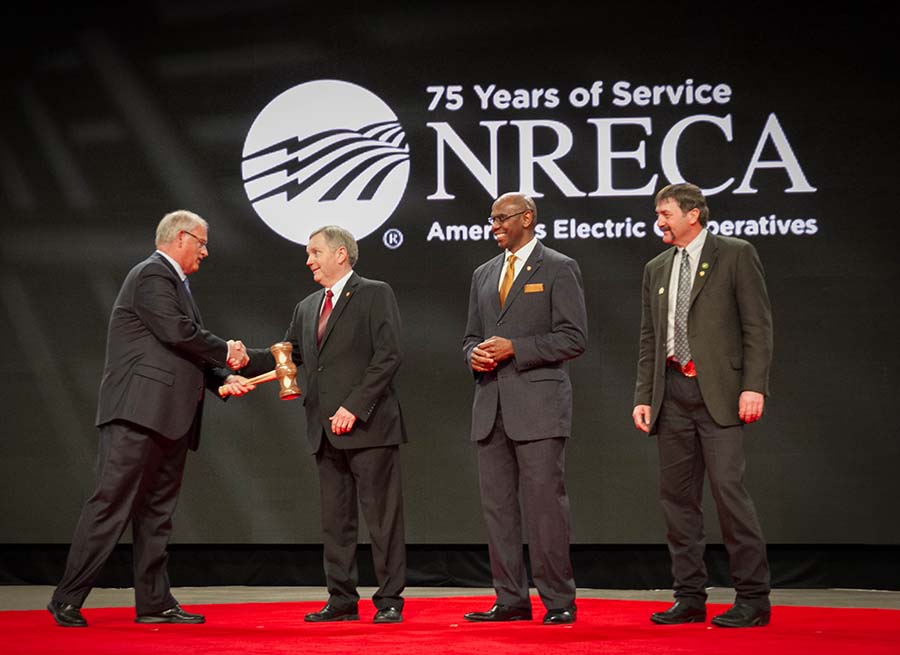 (L to R) Coleman passes the gavel to NRECA board officers Carson, Wynn and Christensen (photo by NRECA).

In his farewell remarks, outgoing NRECA president Mel Coleman stressed that electric cooperatives have unique strengths, which puts them ahead of other utilities in a changing industry.

“The concern for the people we serve gives us an ideal platform to influence energy policy in ways that put our communities, consumer and our members first,” Coleman said. “Put simply, co-ops are cool.”

Scott Gates is the senior editor of Carolina Country. Michael Kahn and Steven Johnson, NRECA, contributed to this article.