"The Last Days of Night"

By Paul Wesslund, for NRECA 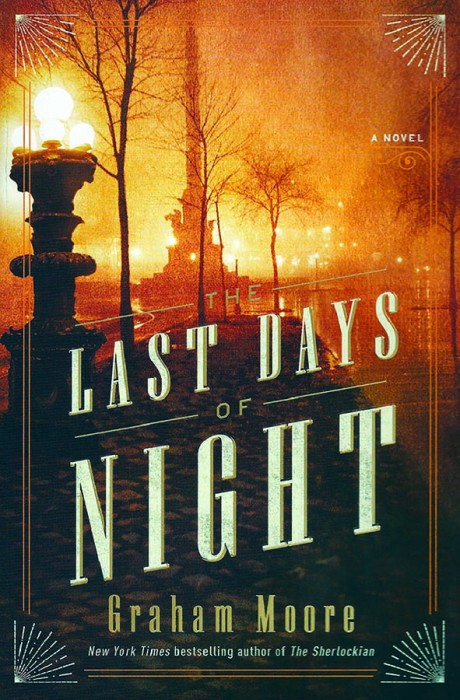 What if Thomas Edison was an evil genius? A man so desperate to protect his inventions that he would bribe the police (and worse) to show his electric systems were better than his competitors? You’d have what writers like me have always been searching for: A dramatic, can’t-put-it-down story about electricity.

Graham Moore’s new novel “The Last Days of Night” tells the based-on-fact story of the ultra-high stakes battle between Edison and George Westinghouse over nothing less than what kind of electricity would power the U.S.

In the late 1800s, Edison was turning his invention of the light bulb into a network for electrifying the country, starting in New York City. The Westinghouse company had invented what it felt was a better light bulb, but the lawsuits claimed it was just a copy of Edison’s.

The much bigger issue came with how the electricity would be delivered to those light bulbs. Edison’s system used direct current (DC), which is what comes out of any battery you have in your home. Westinghouse and Nikola Tesla had developed alternating current (AC), so named because it actually changes direction about 60 times a second, as a more efficient way to deliver electricity over long distances. Alternating current won — AC is the kind of electricity found in your home today.

In the book, Moore (the Oscar-winning screenwriter for the 2014 movie “The Imitation Game”) covers the complexities of generating and delivering electricity, but he does so with a sense of excitement.

The story ends on an intelligently positive note, making the point that invention and creation require a cast of talents. The book concludes with a tribute to all of the characters: “Only together could they have birthed the system that was now the bone and sinew of these United States. No one man could have done it. In order to produce such a wonder … the world required … Visionaries like Tesla. Craftsmen like Westinghouse. Salesmen like Edison.”