Butler Farms and South River EMC partnered on the project 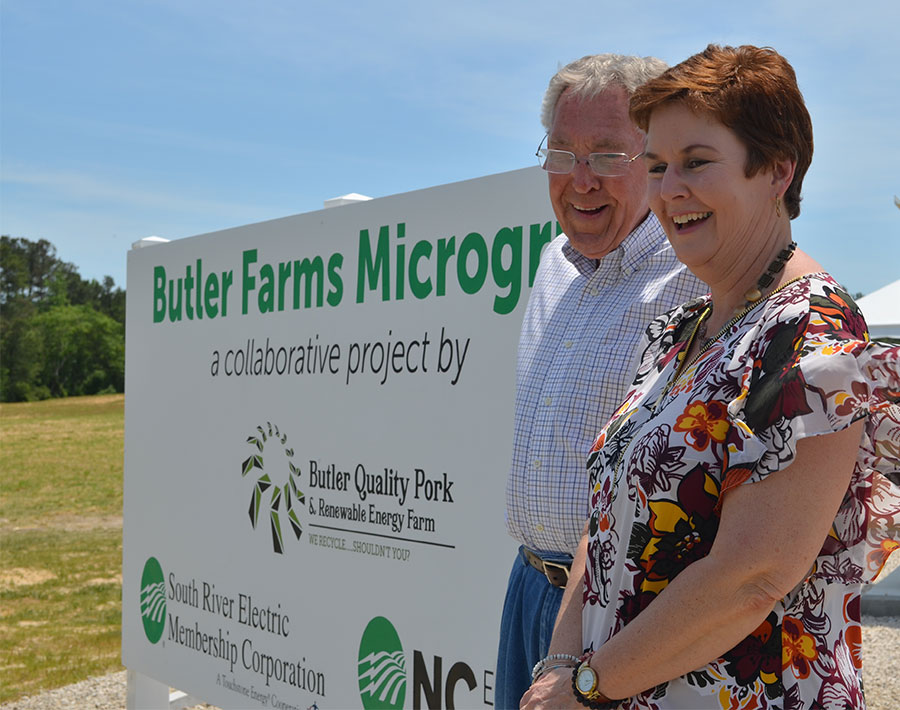 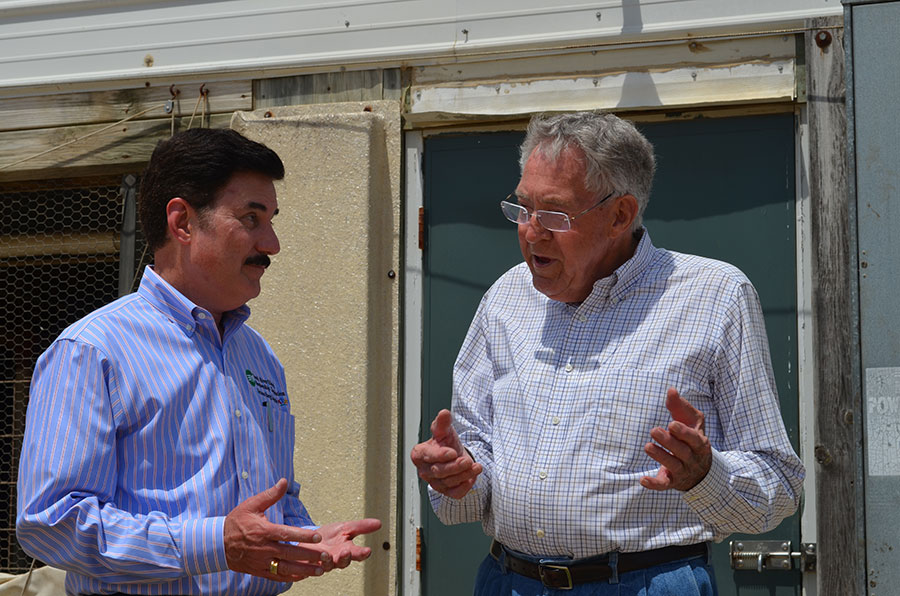 Above, top: Catherine O’Dell (right) with Tom Butler at the new microgrid site. Above, bottom: Chris Spears (left) with Butler.

South River EMC, North Carolina’s Electric Cooperatives and Butler Farms were recently honored as top innovators of 2018 for their cutting-edge work on the Butler Farms microgrid project in Harnett County (see “From Pork to Power,” July 2018, page 8). The project was selected by Public Utilities Fortnightly (PUF) as one of the top 12 innovators out of more than 70 nominations submitted nationwide.

South River EMC has a long-standing partnership with the farm, which has been pursuing cleaner farming techniques and deploying renewable energy resources over the past decade.

“If pigs could fly, they would fly over to Butler Quality Pork and Bioenergy Farms, which has driven innovation through its own sustainability research for the last 10 years by implementing covered lagoons, 20 kilowatts of solar generation and 185 kilowatts of methane-powered electric generation,” PUF said.

South River EMC Executive Vice President and CEO Chris Spears, South River EMC Vice President of Member Services and Public Relations Catherine O’Dell, and Butler Farms owner Tom Butler were recognized as leaders on the project, which is the second co-op microgrid in the state. The first, on Ocracoke Island, was developed through a partnership between Tideland EMC and North Carolina’s Electric Cooperatives.

“I suggested Butler Farms for a second co-op microgrid project because I knew Tom would embrace the idea, as the addition of battery storage and a controller would complement the onsite generation already present at Butler Farms,” Spears said. “I also knew Tom Butler would be a terrific partner — everyone has worked so well together to make this project a success.”

If pigs could fly, they would fly over to Butler Quality Pork and Bioenergy Farms

PUF sees the project as spurring further innovation, and recognized its use of local energy sources as a way to improve overall grid resiliency.

“It serves as a case study and a learning laboratory for how these technologies can be deployed in the future,” PUF said, “and how industries can work together to support innovation, sustainability and quality of life.”