Survival of the molds - Carolina Country
On The House

Survival of the molds 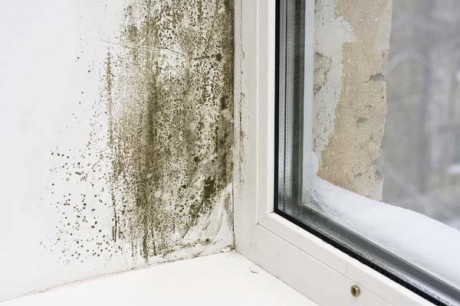 Q: I have allergies, which sometimes get pretty bad. My doctor says I'm mainly allergic to molds. It's definitely gotten worse since we moved to North Carolina from California. We're looking for a new house, and I'm wondering what I should look for to improve my health.

A: Our region is variously described as the Bible Belt, Tobacco Road and Hog Heaven, but for allergy sufferers it's clear you've landed at Paradise Island for Molds, Mildew and Microbes. When buying or building a new home that won't make you sick, it's good to think about the basics.

Molds need five things in order to survive and thrive. Get rid of any one of the five, and you get rid of most of the molds. The five things are mold spores, mold food, temperature in the range of 40 to 100 degrees Fahrenheit, oxygen, and relative humidity of about 70 percent. (If you're just beginning to enjoy the widespread local custom of covered dish or "potluck" suppers, don't worry— this doesn't apply to Jell-O molds.)

Mold spores are everywhere. They particularly thrive in decaying organic matter (leaves, old lumber, rotting decks, deflated basketballs, etc.). They come into the house hitch-hiking on air through open doors and windows, and all the tiny cracks in the house that permit air leakage. By building a tight house, you can limit the amount of air leakage, and therefore limit the amount of mold spores coming in.

Assuming you and the rest of the family — not to mention the dog and cats — go in and out during the day, a certain amount of mold spores will be coming in with you. Installing a good air filtration system in your house — such as an extended surface area filter or a HEPA filter — can also reduce the amount of mold spores in the air, although they won't do much for the colonies that have moved into the carpet or onto the shower curtain and are no longer air-borne. So the message here is that you can reduce the level of mold spores entering and floating around in your house, but you probably can't eliminate them.

The second necessary factor for molds is something for them to eat. Unfortunately, molds are even less discriminating in their eating habits than a roomful of adolescent boys turned loose at a buffet table. To a mold, just about any carbon-based material — wood, sheetrock paper, paint, soap scum, skin flakes, hair, etc.—looks like a double bacon cheeseburger. And these materials don't even have to be carefully sealed in plastic containers in the refrigerator for molds to thrive. Given all the right conditions, they'll reproduce right in your living room carpet!

So, while we can certainly reduce the amount of mold food by cleaning the house and, if we're really sensitive to molds, by eliminating some of their favorite eating places (like carpet), we clearly can't eliminate mold food from our homes.

The third factor is temperature. Since molds like temperatures from 40 to 100 degrees it's clear that we're not going to control mold in the house by controlling the temperature. Bringing the house down to 35 degrees is even more than the die-hard "freeze in the dark" energy conservationists of the late 1970s would put up with. As for oxygen, turning your house into an oxygen-free environment is not an option.

Finally, molds need moisture. They thrive when the relative humidity is over about 65 or 70 percent. Control the amount of moisture in the house and you can control mold growth. But can you actually control moisture? Absolutely!

You start by thinking about where the moisture is coming from. Is rainwater getting in, or under, the house? Is groundwater seeping up into the basement or crawl space? Is humid air getting into the house from outside? Are you generating moisture in the house by cooking, bathing, washing clothes, etc., that is not being vented to the outside? Is there a plumbing leak? Are the kids having naval battles in the tub every night?