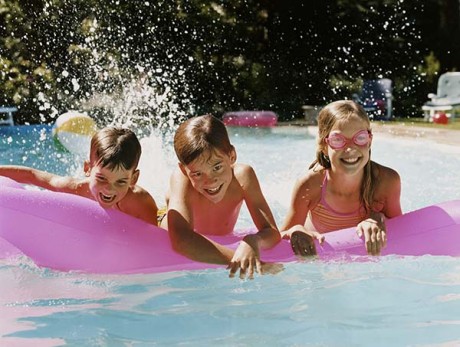 Swimming pools and hot tubs are fun toys that add to your electric bill. High electric bills are not inevitable, however. A number of relatively simple changes can cut operating costs by half or more.
At about $400 per year, the typical residential in-ground pool can account for one-quarter of a household’s annual utility bill. Hot tubs cost just a bit less to operate — about $300 per year. Electricity for above-ground pools runs about $100 per year.

Most pool energy goes to power the circulating pump, with much smaller amounts needed for cleaning and water treatment. In heated pools, energy use varies widely depending on climate and use patterns. The most common heat source is natural gas, followed by propane and electric resistance systems. Solar heating and electric heat pumps are gaining ground as high-efficiency options but are still not widely used.

Most pools rely on a single-speed, 1.5- to 2-hp pump that runs at full speed for eight hours a day or more. More efficient options include:

In addition to replacing a pump, other measures to consider are:

Above-ground hot tubs are packaged appliances and generally cannot be modified for energy efficiency. But you can try to minimize energy use by: