Testing for radon is a must 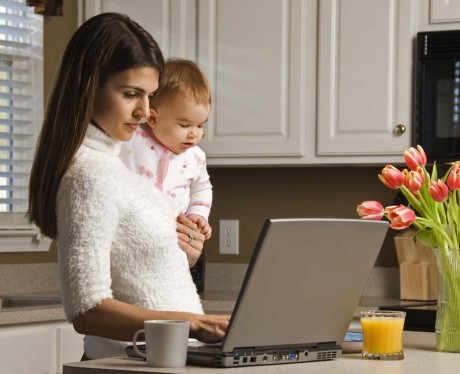 Q:I’m having a baby soon and my friend recommended that I test our house for radon before the baby arrives. We live in eastern North Carolina in a house with a crawlspace. I thought that radon wasn’t a problem in our area or in homes with crawlspaces. Should we bother with a test?

A:Testing for radon is inexpensive and a common-sense way to minimize the chances of lung cancer in your household, especially for your new baby. Radon is more prevalent in certain parts of the state; but, like winning the lottery or snow at the North Carolina coast, it can happen.

Radon is a naturally occurring radioactive gas that is emitted when uranium decays. Uranium is found in trace amounts within rock formations all over the world. Radon gets into buildings most often through the soil beneath them and occasionally through the groundwater. Once inside the building, the gas gets trapped and accumulates.

You may be thinking, “So what? This has been happening for eons and we’ve only been worrying about it in recent decades.” This concern is linked to recent research studies that have repeatedly shown an association of radon to lung cancer. In the U.S., the National Cancer Institute at the National Institutes of Health (NIH) estimates 159,480 lung cancer deaths in 2013. Of these deaths, the NIH estimates that 15,000 to 22,000 will be attributed to radon exposure. That’s a lot of people!

Luckily, we can lower the number of lung cancer deaths attributed to radon if people test and fix their homes. Why homes? If you consider the proportion of hours spent at home, work or school, the majority of your time is spent at home.

Testing is easy and inexpensive. Visit ncradon.org or call (919) 571-4141 to purchase a short-term radon test kit. A kit costs less than $5 or is free if you have a newborn. If you can open a plastic bag, set a tester in an appropriate location and get it in the mail within the stipulated number of days, you can easily spare the time to test for radon.

If your test detects a problem, it is a relatively affordable home repair — comparable to installing an exhaust fan. The website and phone number above can help you locate a certified radon mitigator to make a repair.

Both drafty houses and energy-efficient houses should be tested. Homes with crawlspaces, basements or slab foundations should all be tested. If you live in a new house, don’t assume that the builder tested for radon. It is not a North Carolina building code requirement.

Don’t make assumptions based on your type of house or its location. Testing for radon is a must. When you are knowledgeable and fix the problem, should one exist, you take charge of the situation rather than waiting to win the “Radon Lottery.

Hannah McKenzie is a residential building science consultant at Advanced Energy in Raleigh who specializes in working with nonprofit developers like Habitat for Humanity to make new affordable housing energy efficient.