Where will your electric power come from in the future? - Carolina Country
First Person
February 2014

Where will your electric power come from in the future? 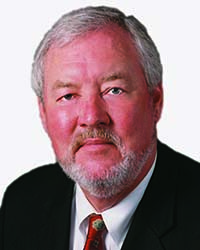 The power generation industry continues to change more than you can imagine. Traditional power resources consisted of nuclear- and coal-fired generation, and although they still make up the largest part of our generation resources, we are seeing other resources utilized more heavily as we move forward.

Many coal-fired power plants are being replaced in order to switch to a now cheaper and less controversial fuel such as natural gas. Although the trend became noticeable in the late 1990s, it hasn't been until the past few years that change accelerated. Some utilities are closing older coal-fired power plants and are starting fresh, while others are converting their coal-fired plants to run on natural gas. Power providers may be switching to hedge against possibly more stringent carbon emission legislation, but it is not the only reason. Many are capitalizing on current natural gas prices to bring more of these plants online, with expectations that natural gas prices will remain somewhat stable. The U.S. Energy Information Administration reports that coal-fired facilities are expected to drop to 10 percent of total new capacity in the U.S. in 2013, down from 18 percent in 2009. However, gas-fired plants may jump to 82 percent of new capacity in 2013, up from 42 percent in 2012.

Nuclear power will also continue to play a primary role in power generation. It still provides the most reliable and cost-effective energy to electric consumers across the U.S. However, the Fukushima Daiichi nuclear disaster in Tokyo during March 2011 has brought scrutiny to the nuclear power industry. Stricter safety standards will increase the operating and construction costs required for nuclear plants. This, combined with the ongoing issue of nuclear waste storage, will hamper the growth of nuclear power generation. Although Yucca Mountain, Nevada, was approved by Congress in 2002 as a waste storage site, it has faced obstacles that have prevented it from being used. Congress terminated funding in April 2011, and the future of the site remains uncertain.

The U.S. and North Carolina recently have seen greater interest and growth in renewable energy resources. North Carolina's renewable energy standards legislation in 2007 has impacted all power providers. Since then, cooperatives and other utilities have added significant renewable energy generation resources to our portfolios. Federal and state tax incentives also attract renewable energy developers to our area. Solar power for generating electricity has become popular statewide. Installed solar prices have dropped substantially over the past few years, with prices going from nearly $5 per watt to almost $1 per watt. Although solar power cannot be relied upon as a constant power resource, it is possible we will continue to see abundant growth in this area as long as tax subsidies remain in place.

As you can see, the future of the power industry is very volatile and uncertain. However, we must plan accordingly in order to hedge our risks and to help keep electric rates as low as possible for our member-owners.