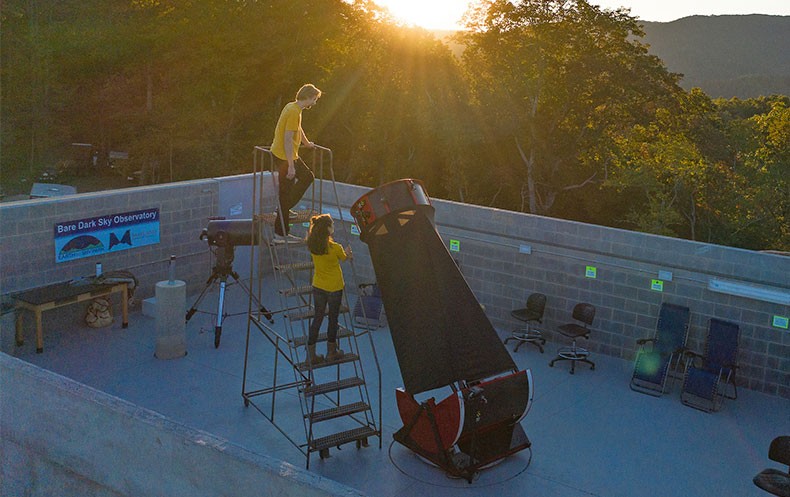 When you really want to see what space looks like — outer space — visit one of the two designated International Dark Sky Parks in North Carolina. Expect to see expansive views of the Milky Way, satellites, planets and thousands of stars with the naked eye. Powerful binoculars can reveal 150,000 stars, and large telescopes can enable humans to see moons of planets, other galaxies and so much more.

“This August is a good time to sky watch,” says Steve Bruton, observatory host at Mayland Earth to Sky Park & Bare Dark Sky Observatory in Burnsville. “One of the most popular astronomical experiences, the Perseid Meteor Shower, takes place mid-month. That’s also when Jupiter, Saturn and the Milky Way make their early evening appearances. However, any time you come to the sky park, you’re in for a stunning show — as long as it’s not raining.” 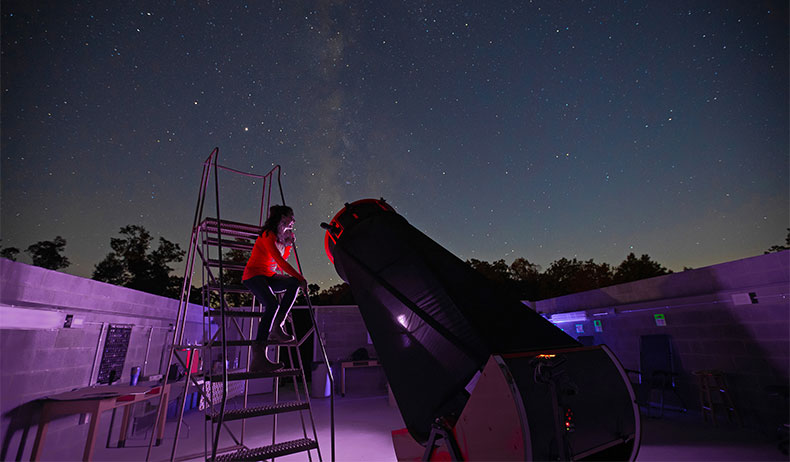 The Earth to Sky Park, which is run by Mayland Community College, is an environmental educational park. The park’s Bare Dark Sky Observatory’s Sam telescope, named for Samuel Phillips, is the largest dedicated solely for public use in the Southeast. Custom-built, the Newtonian telescope has a 34-inch mirror for viewing far-away stars, Saturn’s rings, galaxies and constellations.

The Bare Observatory, named for Warren and Larissa Bare, is currently open to the public on Friday and Saturday nights, weather permitting, by pre-paid ticket and is available for private rentals during the week. In addition to the Sam Scope, it has eight viewing stations around the building that allow guests to bring their own equipment.

“Standing more than 10 feet tall, the Sam Scope can really focus in on so many objects in the night sky, such as comets, moons of some of our solar system’s planets, nebulae and other galaxies,” Steve says. “When the park is open, people can set up their personal telescopes around the grounds, and when we’re not, we encourage people to park outside the gates and bring their own equipment in to get an amazing view of the night sky.”

The park’s 60-seat Glenn & Carol Arthur Planetarium is scheduled to open by the end of 2021. Its 36-foot projection dome will showcase night skies from around the globe as well as astronomy programs and laser light shows.

Steve says that visitors come from across the country to view the night sky.

“It’s just dark here,” he says. “In fact, we’re probably one of the darkest places east of the Mississippi.” 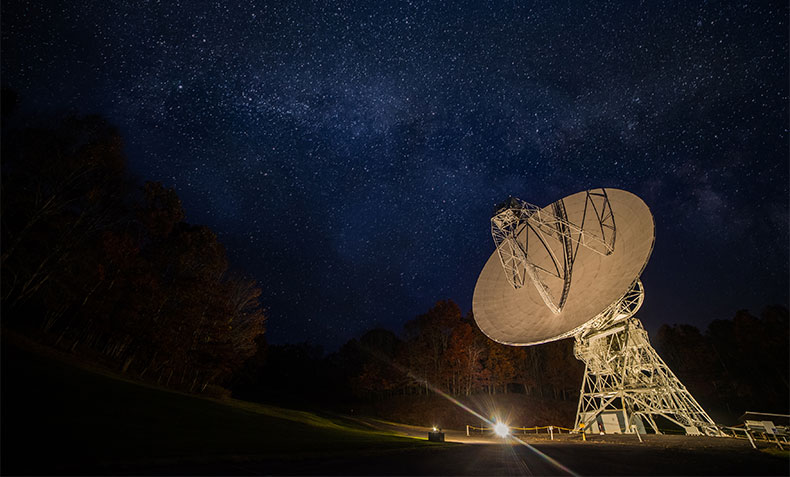 “PARI’s focus is on educational outreach including summer camps, school field trips and the general public,” says Ken Steiner, special projects consultant. “Research is for professionals as well as students.”

“The significance of Dark Sky designations is, in part, to bring awareness to preserving darkness,” says John Barentine, director of conservation for the International Dark Sky Association. “And the clear benefit in these places is that we can truly see all the beauty of the night sky while maintaining them for the benefit of future generations.”

A third NC International Dark Sky site at Cape Lookout National Seashore/Harkers Island may be on the horizon. For more information visit the Crystal Coast Star Gazers website by clicking the link below.