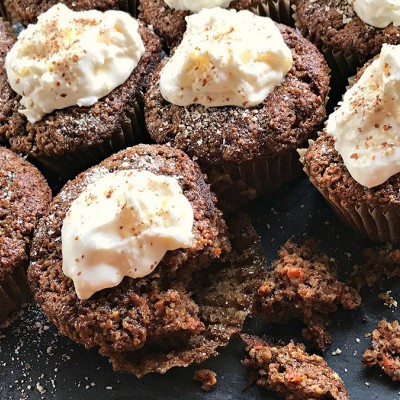 Enjoy these gluten-free, moist and flavorful muffins for breakfast, as a late morning snack, or even alongside a bowl of soup or chowder. The recipe is easily doubled so you can freeze to “heat ’n eat.”