“Once I had our son, I knew I wanted wrapping paper that had a brown Santa. But I started looking for it, and I couldn’t find it,” Jackie says. At the time she lived in Raleigh, and she reached out to friends in bigger cities who may have been able to track down more varied wrapping paper. But there were no brown Santas to be found. “Once I realized there was a void in the market and no one was making it, I said I would make it myself.”

Jackie had a very particular image in mind for Clarence Claus, and she interviewed several illustrators before finding a promising one based in Ghana. “I really liked his style,” she says. “He sent me back his drawing, and I had no edits for the very first version — he brought to life exactly what I had in my head.” 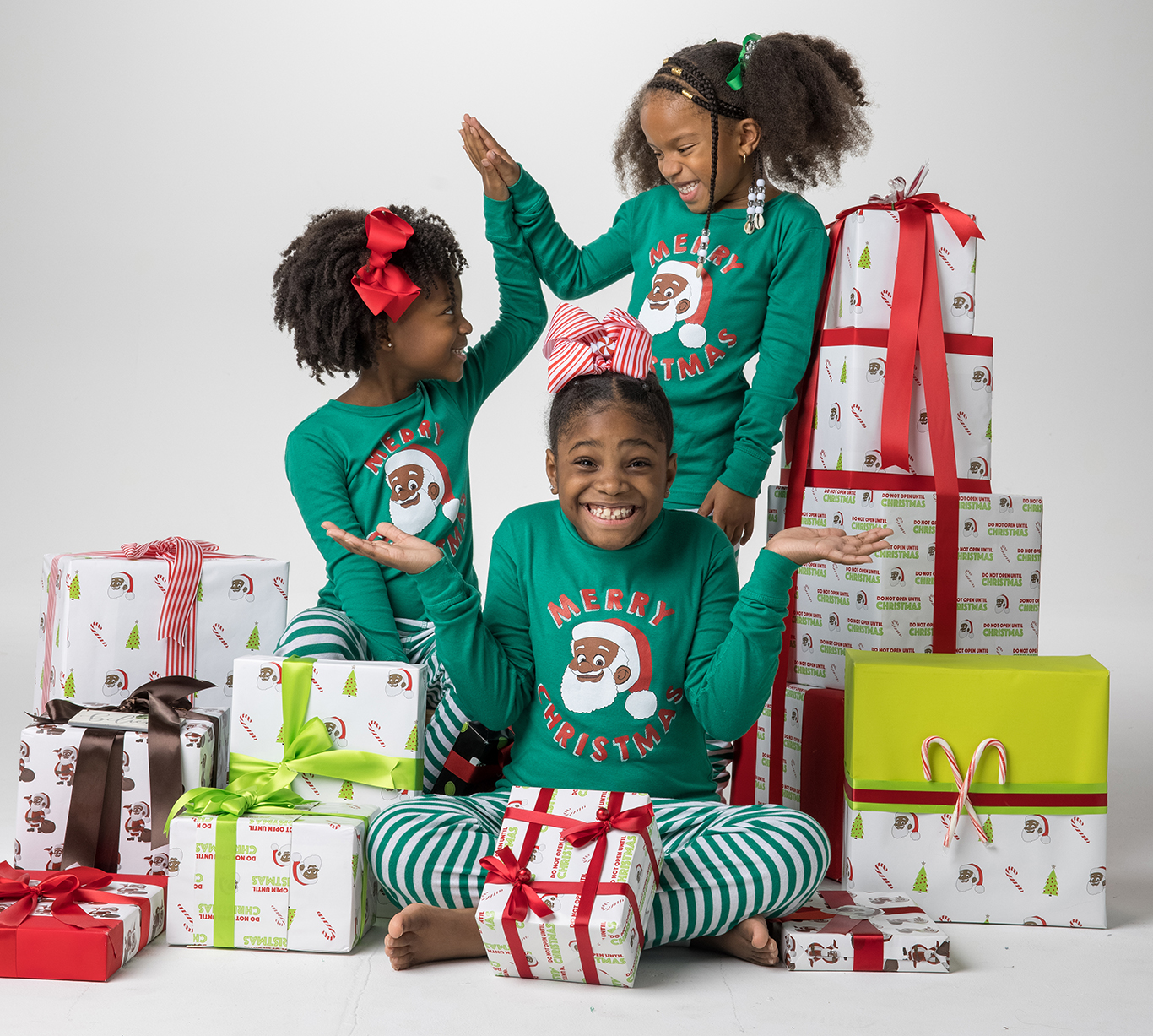 This is the fifth season for the company, now shipping wrapping paper and apparel through a fulfillment company (leaving their garage for the cars). Clarence Claus wrapping paper has been shipped to every state in the U.S., and as far as the United Kingdom and Japan. The Rodgers have also added to their assortment with the “Celebration Crew,” which features multicultural kids. And support for their ideas keeps pouring in: This past year they were selected as a FedEx Small Business Grant winner, Google for Startups Black Founders Fund recipient, and Beyonce BeyGOOD Small Business Grant winner, to name a few.

There have been a lot of big changes for the Rodgers since they launched their company. They’ve moved to Atlanta, although they maintain NC ties with a home in Jones-Onslow EMC territory. Jackie left her corporate career in February 2020 and now works on the business full time. And with their family having grown by one (a little girl), their dedication to family and inclusiveness is only stronger.

“It’s important for children to see themselves in all things,” Jackie says. “Representation is important, especially for children. Children should know they can aspire to do and be all things. The images they see should reflect them from a doctor, firefighter, a character in a children’s book — even Santa.”