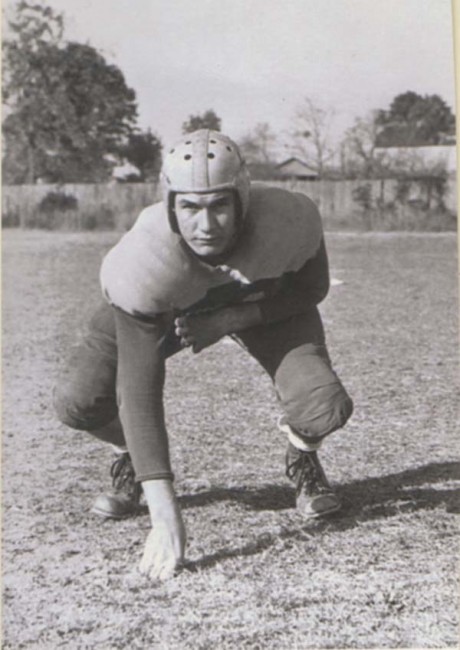 I played varsity football for Taylorsville High School and graduated in 1950.

In 1945, I looked forward to summer because I was saving money all year to pay my way to FFA camp. I grew up hearing about Millstone Future Farmers of America Camp at beautiful White Lake, N.C., and I really wanted to go. The fee for camp was $10 or $15. My granddaddy paid me 10 to 15 cents an hour to load corn or work in his tobacco field. The tobacco had to be primed, wormed, hoed and suckered. The whole time I was working, I dreamed about FFA camp.

Besides our clothes, here’s what we were required to take to camp with us: a chicken foot (that means a live chicken), a pound of country ham, two pounds of fatback, one pound of butter (homemade from our farm, of course), one half-gallon of green beans (fresh or in the jar), two dozen eggs, one peck of peas, one dozen ears of fresh corn, one peck of “arsh” (Irish) potatoes, and one pint of jelly.

As departure day approached, I packed my change of clothes in an old trap of a suitcase and tied a rope around it. When my mom and I were certain I had packed everything a 15-year-old boy would need, we met the other boys in Taylorsville at the crack of dawn on a Monday morning. What a sight! Chickens were tied all over the Alexander County courthouse lawn. Barefoot boys in blue jean overall pants spilled into the center of town. Most wore belts and solid open-collar shirts. Some boys had nicer luggage than mine, and some had cardboard boxes or paper bags.

It was the middle of summer — the hottest part of July. Sunscreen had not been invented yet, and most of us did not have caps. Some boys were already sweating and hot after a morning of chasing chickens. Yard chickens are pretty tough to catch. They roost in trees and can be right aggravating. My dad had a burlap sack for my chicken. We cut a hole in the sack so the chicken could sightsee all the way down the road. I was happy to see several Rhode Island Reds, because they have more meat on them compared to the Brown Leghorns. I thought about how good those chickens would taste once we got to camp. We’d feast on fried chicken, chicken and dumplings, and chicken pies. There was no such thing as chicken nuggets back then.

We spent some time putting the chickens into coops on the back of a pickup truck. We assembled the eggs into wooden crates and packed everything else as tightly as we could. It took one pickup truck to haul our stuff, and another to haul 12 or 14 us. Our advisor, Mr. Gryder, drove his car and took his wife. They also carried the butter in a cooler.

Once all our gear was loaded, we boys jumped into Mr. Ross Brookshire’s Chevrolet pickup truck. His son Sam would drive. We knew this truck was one of the few pickup trucks in the county that could make the eight-hour trip from Taylorsville to White Lake. We stood shoulder to shoulder the whole way. It didn’t seem so hot to us as long as we were traveling at the top speed of 45 miles per hour.

Rigorous action from morning ‘til night

Boys from six or eight other high schools around the state also attended the FFA camp. We knew Taylorsville High School was best, and we were bound and determined to prove it. 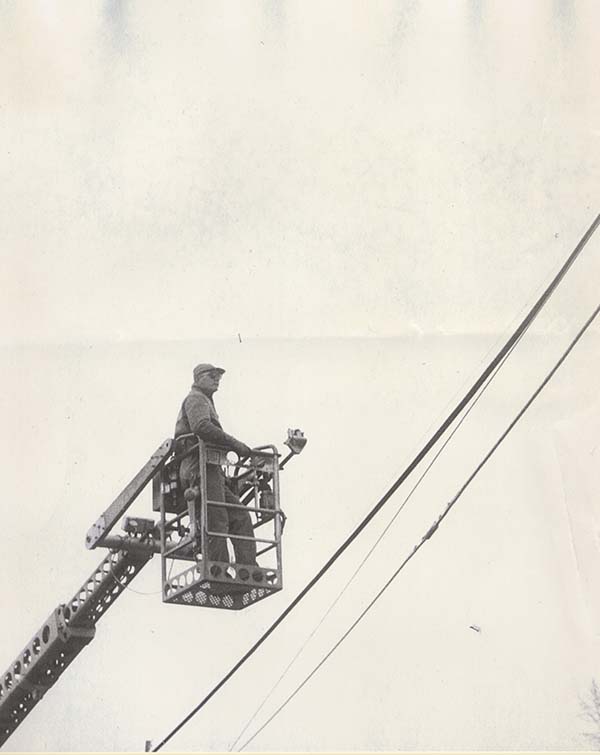 Every morning, we were awakened with a bugle. First, we did calisthenics: jumping jacks, push-ups, waist bends, the duck walk and knee bends. After we recited the Pledge of Allegiance, we ate a hearty breakfast of ham and eggs. We washed the breakfast dishes and cleaned the tables. Next, we scalded and picked chickens, shucked corn, broke beans, scrubbed and peeled potatoes, and cleaned cabins. There was very little goofing off, because goof-offs had to do the chores twice the next day.

At 9 a.m., we began competing in horseshoes, volleyball, tug-of-war and ping-pong. We played “water ball,” a baseball-like game played at White Lake. The lake was known for its clean, clear water. Most of us were used to a “branch” (small mountain creek) and found it fascinating to be able to count our toes when we stood waist deep in the water.

We also were fascinated with our FFA advisor’s wife, Mrs. Gryder. How that small bit of a lady could float! All of us boys tried to float, too, and two or three of us nearly drowned trying.At lunch and supper, they dished out generous helpings of chicken, potatoes, beans and peas.

Sometimes after supper, someone from the FFA organization would make a talk. Then we trudged to our one-room cabin. Bunk beds for 15 of us, two and three high, lined the screen wire walls. If it rained, we moved our beds to the inside and away from the walls. 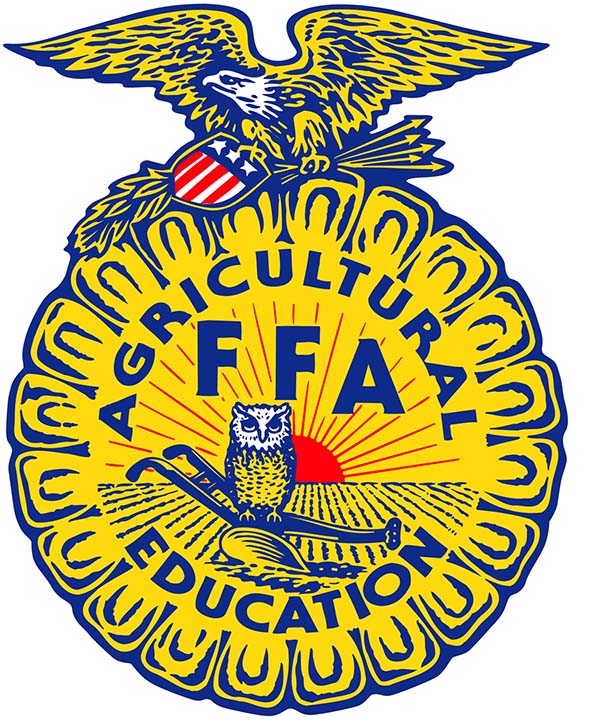 While little foolishness was tolerated overall, someone could get “short-sheeted” as he went to bed. Of course, there would be peels of laughter from the rest of us. Lights out was 9 p.m. (We had no electricity at home, so electricity was a luxury I enjoyed at camp.) Worn to a frazzle, we were soon sound asleep.

Wednesday was a free day. We paid Sam 25 cents to take us to Carolina Beach. Sometimes at night, he would take us to the Goldston’s Beach amusement park. If you had a dime, you could buy an RC Cola, Nehi Orange or Pepsi-Cola, and a pack of crackers.

I grew up, went to work and got married. My wife, Dorcas, and I raised a family. We have enjoyed plenty of camping trips in our little pop-up camper. We did pack a few summer vegetables from our garden, but in all our years of family camping, we never once took any yard chickens along.

Lynn Dyson was born in Alexander County and graduated from Taylorsville High School in 1950. He retired from Southern Bell Telephone Company after more than 33 years of employment. He and Dorcas, who helped him submit this memoir, live in Statesville and are members of EnergyUnited.