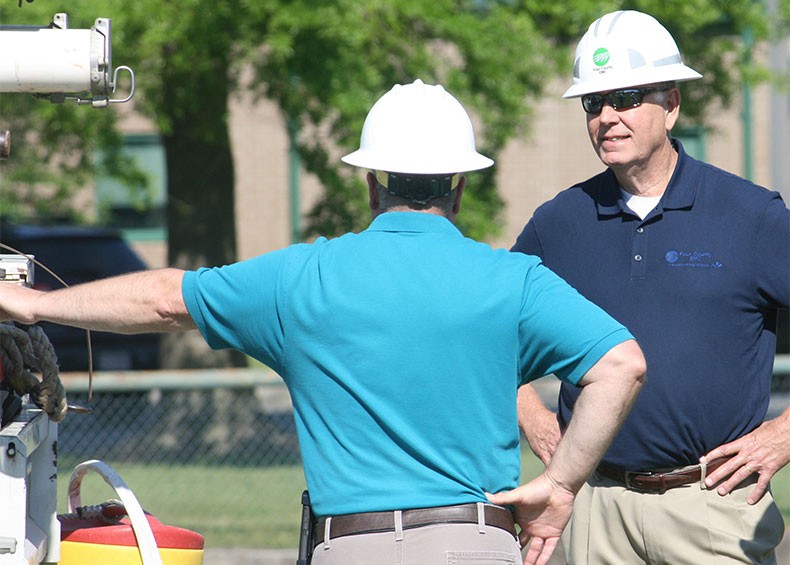 “Working here at Four County EMC has been the highlight of my career,” Keel said. “We have a great board of directors to work with and very capable employees. They want to move the co-op forward, and that makes a big difference.” 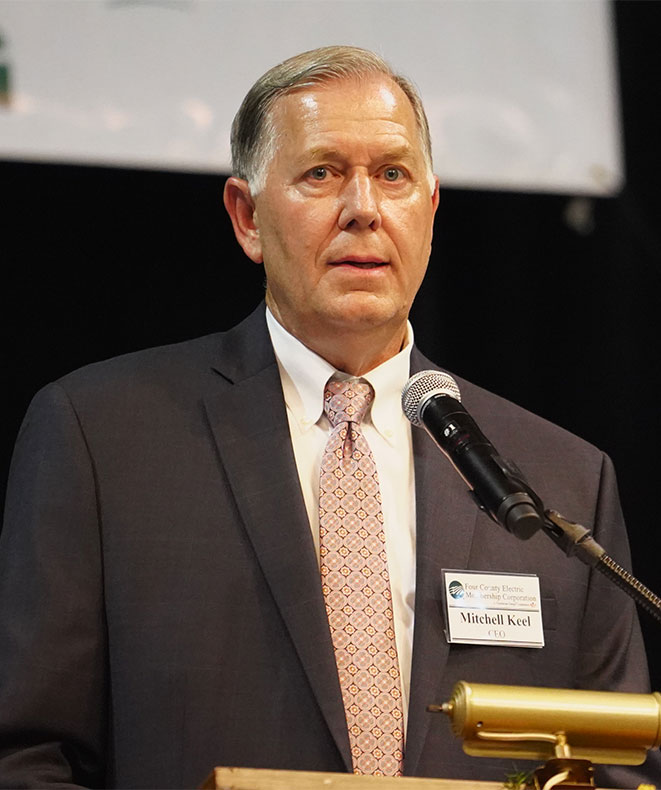 A native of Eastern North Carolina, Keel joined Four County EMC in Burgaw as CEO in 2004. During his time with the co-op, he has focused on innovation and deploying new technology as a means of better serving members and the communities they call home.

Four County EMC and its members weathered several storms during Keel’s tenure, including devastating effects from Hurricane Florence in 2018. Nearly 90 percent of the co-op’s members lost power following Florence, and widespread flooding slowed restoration efforts. Building on that experience, the co-op recently enhanced a storm response process that includes partnerships with five strategic locations throughout its service territory – camps and community centers where visiting line crews can rest and recuperate during restoration efforts.

“While we will miss his commitment and leadership, we are in a better position due to his many contributions,” said Four County EMC Board President Franklin Williams. “He has paved the way for the cooperative’s future.”

“With the unpredictability of Mother Nature, it’s crucial that we continuously improve our emergency plans to ensure that power is restored to our members as quickly and safely as possible,” Keel said of the initiative.

Keel has served North Carolina’s electric cooperatives on several statewide boards and committees throughout his career, including as president, vice president and secretary- treasurer of the North Carolina Electric Membership Corporation Board of Directors.

In retirement, Keel and his wife, Cindy, look forward to spending time with their three children and nine grandchildren.

“While we will miss his commitment and leadership, we are in a better position due to his many contributions,” said Four County EMC Board President Franklin Williams. “He has paved the way for the cooperative’s future.”

Don Gatton, who currently serves as Vice President of Human Resources for Four County EMC, has been named incoming CEO through a unanimous vote by the co-op’s board of directors. Gatton will assume the role July 6 following CEO Mitch Keel’s retirement.

Gatton has served the co-op for a combined 13 years, both as director of Safety, Training and Loss Control and in his current role. From 2016 through 2018, Gatton served as Job Training & Safety Specialist with North Carolina’s Electric Cooperatives.

He received a Bachelor of Science degree from Mount Olive College and a Master of Business Administration from the Florida Institute of Technology.