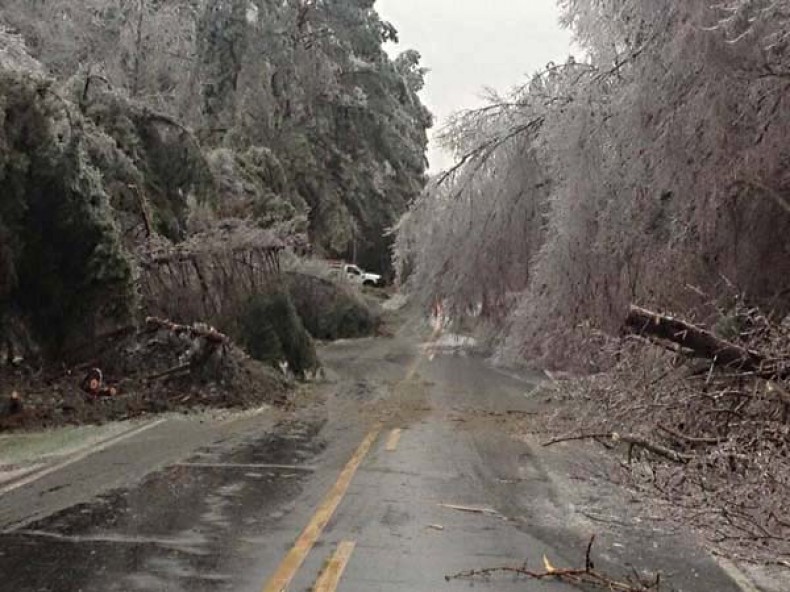 Piedmont EMC faced this kind of damage after the March 6 storm. The scene is on Buckhorn Rd. in Efland, Orange County. [Photo: PEMC]

Winter storms in mid-February and early March left many North Carolinians without electric power, stranded on roads and begging for spring.

During the Feb. 12 storm named Pax some 20 inches of snow fell in the mountains while ice pelted many eastern counties. Two people suffered heart attacks in Burke County evidently while shoveling snow, and a Pender County man died when a tree limb broke off an ice-covered tree and struck him outside his home in a mobile home park in Rocky Point. Traffic accidents also claimed lives in Moore and Chatham counties.

About 133,000 homes and businesses were without electricity at some point after the February storm. In ice storms, outages often get worse after weather improves as ice-laden tree branches thaw, spring up and come back into contact with power lines. Electric cooperatives reported about 20,600 member-accounts without power. 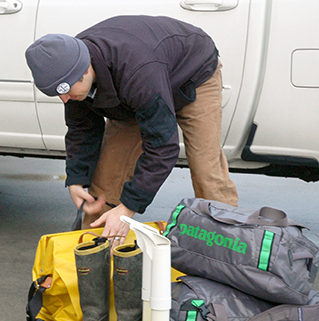 Co-ops that were not hit so hard and their contractors sent line crews, as usual, to aid with power restoration efforts at other cooperatives in the state. The deployment of crews is part of a mutual-aid agreement shared among the nation's nearly 1,000 electric cooperatives to help one another in times of emergency.

The storm named Ulysses March 6 proved much harder for electric utilities to handle. Ice accumulation on power lines caused widespread outages in Alamance, Davidson, Forsyth, Guilford, Iredell, Orange, Randolph and Wilkes counties. Even as the weather warmed the next day, about 463,000 services were without power statewide, including 62,600 outages among cooperative members, many of them extending into the weekend. Trees and limbs had to be cleared before utility crews could safely reach affected areas.

In signing a state of emergency declaration following the March storm, Gov. Pat McCrory said, "While we have become very experienced in winter storm response during the past two months, each storm is different and can require different resources. Today, we're seeing more power outages than we had during any of the previous storms this year."