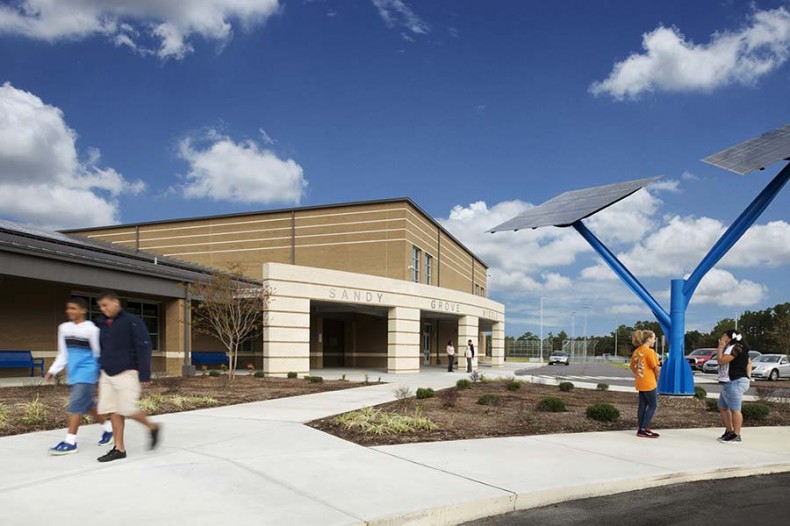 A Hoke County middle school served by Lumbee River EMC (LREMC) recently received a perfect score of 100 from Energy Star®— a rare distinction. The score, expressed as a number on a 1–100 scale, rates building performance on a percentile basis: buildings with a score of 50 perform better than 50 percent of their peers; buildings earning a score of 75 or higher are in the top quartile of energy performance. 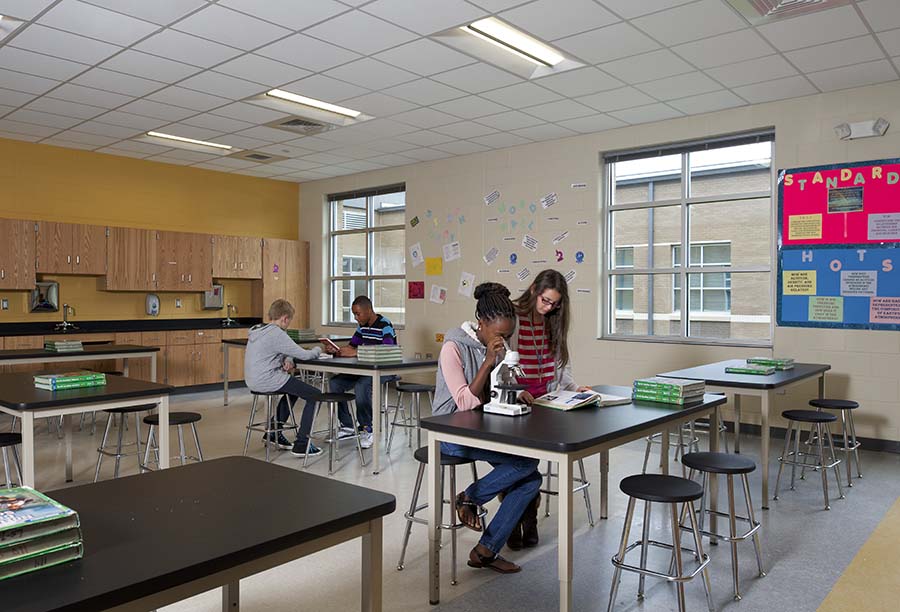 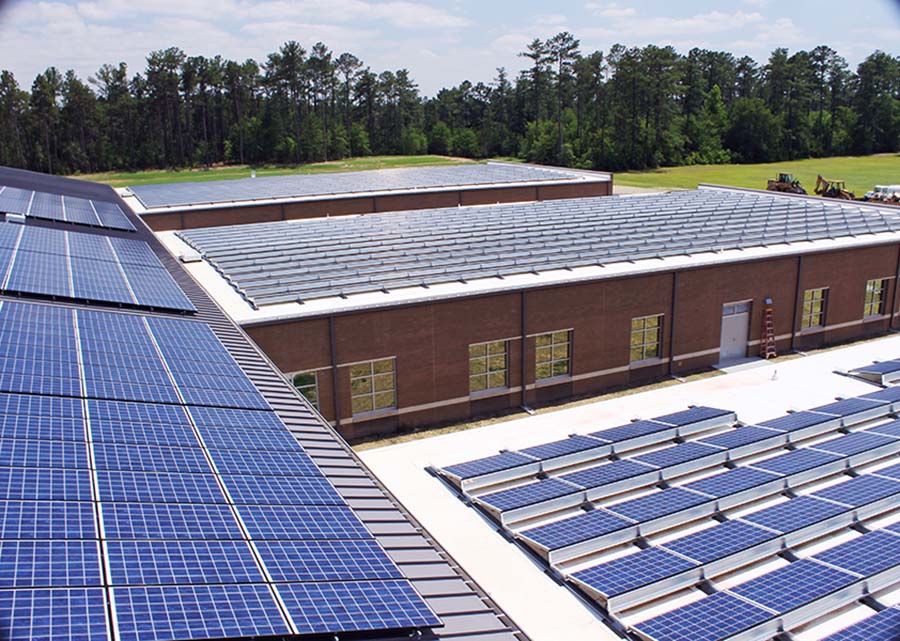 Sandy Grove Middle School had previously been recognized as the nation’s first energy-positive, LEED Platinum registered leased public school when it opened in 2013. Its design includes a large photovoltaic solar array, geothermal heating and cooling systems, high efficiency lighting and additional spray foam insulation. LREMC worked closely with the school’s architect, SFLA Architects, and general contractor since the beginning of the construction phase of the school to ensure the interconnect between the school and the co-op’s distribution network was safe.

“Any time there is a generator that is being permanently connected to our distribution system, it is important that it be done in such a way that it can be safely operated not only by the school system, but our employees, too,” LREMC president and CEO Steven Hunt said at the time of the school’s opening.

Because of the large number of solar photovoltaic panels, the school generates more energy than it consumes and will save Hoke County Schools nearly $35 million over the next 40 years — $16 million in energy costs alone. LREMC also provided an incentive for the energy efficiency measures implemented in the school.

“I believe it is fair to say that Sandy Grove Middle School is the most advanced facility that we serve in terms of energy efficiency,” Hunt said. “We are very fortunate to have such a wonderful facility located in our service territory.”