The lights were out in Ellerbe and Derby

Working the January 1968 ice storm in the Sandhills 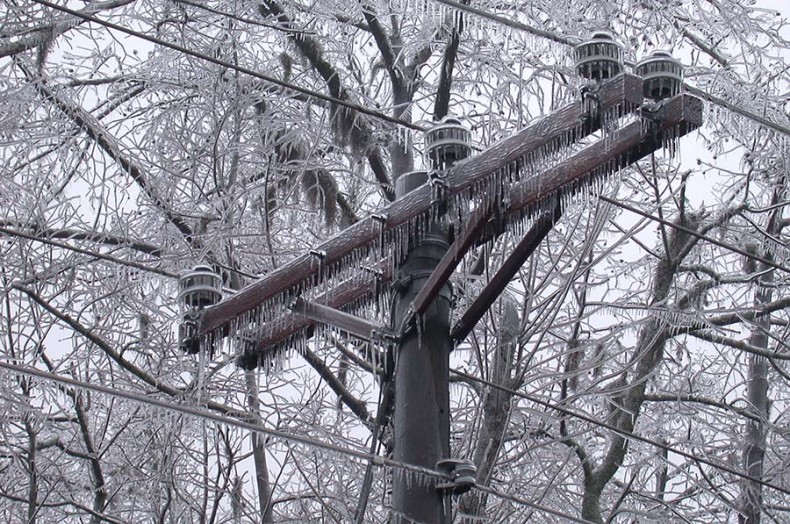 In 1966, I had finished high school and taken a nine-month electrical lineman course at Central Carolina Technical College. I landed an apprentice lineman job at our local electric cooperative, Pee Dee EMC. The work was sometimes hard and dangerous, but I seemed satisfied with my new job at the cooperative. Little did I know what lay ahead the following year.

On Jan. 9, 1968, it was a cold and cloudy day. A cold rain started to fall but people just went about their business as usual. As evening fell, the temperature started to fall and the rain turned into freezing rain and snow.

The next morning, Scotland, Richmond and the surrounding counties in the Sandhills of North Carolina and South Carolina looked like a winter wonderland. This would be the beginning of the worst ice storm to hit our region in modern times.

The next day, freezing rain was still falling, forming an even thicker blanket of ice on the trees and power lines. Schools had closed, but most businesses remained open even though the roads were real slick.

As Jan. 11 came, more freezing rain and snow was falling and the weatherman was predicting more to come. People were urged to stay off the highways. The calls of power outages began to pick up and the power companies knew that a real emergency was imminent. Calls went out for more linemen to assist the already overwhelmed local power companies.

Suddenly, through the night of Jan. 11, loud noises and cracking sounds could be heard all over the Sandhills as trees and limbs gave way under the heavy coat of ice. Power poles and lines snapped, causing transformers to explode. Even the steel towers that carried transmission lines succumbed to the weight of the ice.

Live electrical wires were flashing blue fire all over the countryside. Power and telephone service was blacked out in most of the Sandhills. Before it would be over, a small army of 2,000 linemen would work around-the-clock trying to restore the power.

As the storm went on, the weight of the snow and ice brought down roofs on large chicken houses and warehouses. Why, the landscape looked like a war zone with trees, power poles and twisted metal laying everywhere. 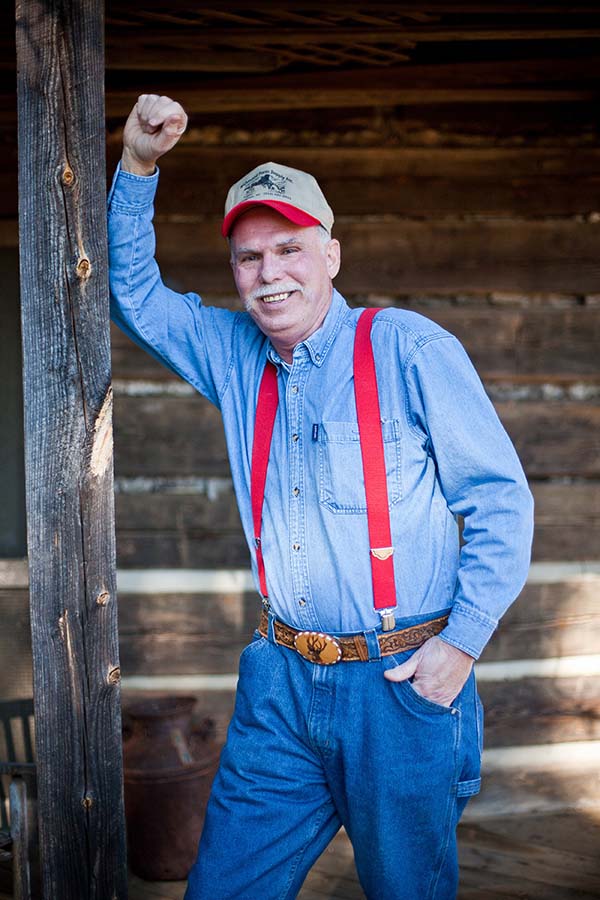 Electrical power had been brought to about every town and rural area of the country by the 1940s. People’s lifestyles were set up around the energy of electrical power. They used it for heating, cooking and to run their industries, and they weren’t prepared for such a long power outage as was upon them. Lucky for some, they still had their fireplaces, candles and kerosene lamps. The old-type kerosene space heaters were in short supply at the hardware stores, and more were ordered every day.

After about a week without power, people had to clean out their refrigerators, and those who had small generators were kept busy recharging freezers for people. Several weeks passed before some people got their power back on.

The power companies were stretched thin, and crews were working 12- to 16-hour shifts under very cold and dangerous conditions.

Being a young lineman, I had never climbed icy poles. I learned right quick that ice forms on one side of the pole and that’s the side you have to climb while holding on to the other side.

It was about a week into the storm, and the Pee Dee EMC power crew I worked with was working north of Ellerbe around Derby. The ice had wiped out all the power to the houses in the neighborhood. Our crew had worked all day and part of the night trying to get new poles and lines up. All that was left for them to have power was to connect it all to a live — or what we called “hot” — line.

I was tired and cold as I made my way up the 30-foot pole to connect the hot wire. With each lineman’s hook firmly placed in the pole, I climbed just about to the top and buckled myself off. Then I let down a rope to the ground man, and he tied onto that rope an extendible fiberglass stick with a hook on the end.

With my rubber gloves on, I lifted the stick and got into position to make the connection of the copper clamp to the overhanging wire. My hands were so cold and shaking that I missed the connection and a blue flame shot out into the night. Still shaking and not being able to see well, I tried again but I still missed.

I told the ground man in not-so-good words to hold the light steady. I tried and failed again!

I had always known the power of prayer in my life. I also knew if I was going to get these people’s power back on, it would have to be with the Lord’s help. I bowed my head while hanging on that icy pole that night, and me and the Lord we had ourselves a little talk.

The foreman hollered up and said, “Boy, are you going to sleep up there?”

No, I wasn’t sleeping. Just praying.

After praying, I extended my arms with a firm grip on the fiberglass stick, and I made the hot wire connection. Nightlights and porch lights came on everywhere. Why, it was one of the prettiest sights this ol’ country boy had ever seen as the lights glistened off the ice. It looked like the stars in Heaven lighting up a dark world.

My simple prayer had been answered. Derby had power again, but I want you to know that after that storm, this ol’ boy found himself another line of work.