While most of us take our lights and appliances for granted, our grandparents remember kerosene lamps, wood-burning cookstoves and pumping water from the well morning and evening.

"The bathroom was about 50 yards from the house because you didn't want it real close," recalls Shirley Collier in her 1985 interview for the Southern Oral History Program at the University of North Carolina. "We had no running water, but had a hand pump outside the kitchen. And we carried everything from the pump to the kitchen, to the barns, whatever we used water for we had to carry it."

Collier says that her family used only wood for cooking and heat. "Our only means of heating was the fireplace in the kitchen and in the living room and a back bedroom," she said. "We had oil lamps and you had to wash the shades every day."

Electrical service came to Collier's family farm near Fayetteville in 1945, but the first significant spark for rural electrification was in April, 1935, with the establishment of the North Carolina Rural Electrification Authority (NCREA). It cleared the way for carrying electricity into the state's rural areas.

In 1935, only a little more than three percent of North Carolina farms enjoyed the advantages of electricity. Some areas rejected the change, and farmers went out by night and filled in the postholes dug the day before. In the early years, some even referred to the member-owned electric cooperatives as communist organizations. Other farmers, excited about the prospect of electricity, began meeting at night to apply to the REA for the federally appropriated funds to build lines, and worked to help clear the right-of-way and pull power lines by mule.

Rural electrification, deservedly, has been cited as one of the most significant turning points for modernizing North Carolina's farms. Cooperative Extension, with its dedication to farmers and their families, helped flip the switch. 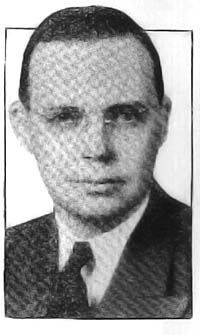 Electrification advocates knew that the agricultural community would be critical to their success. The federal Rural Electrification Administration was creating fact sheets and posters about the promises of electricity, but getting the message out to farmers was another task altogether. The REA called on county Extension offices nationwide to help spread the word about how electric machines and appliances could reduce labor, cut costs and increase productivity on the farm. County agents set up demonstrations of electric feed grinders, brooders and milk coolers, and slowly farmers began to power up.

"There are no reasons why eventually practically every farm and rural community in North Carolina should not have electric power with all its conveniences," wrote David S. Weaver, professor and first head of the Department of Agricultural Engineering at State College (NCSU), in 1945. Weaver went on to become director of North Carolina's Agricultural Extension Service, where he was committed to relieving drudgery on the farm. A large part of his career included pioneering rural electrification.

Franklin Roosevelt's REA was set up to make loans to build electricity distribution systems, and cooperatively owned enterprises were given priority. The Cooperative Extension Service in North Carolina, created in part to take the latest agriculture research and technology to farmers, worked to organize cooperatives and to show farmers and families how to make the best use of this new resource. County agents taught farmers how to install lights in their hen houses to increase egg production.

"I think one of the most interesting things that happened in the early days of these programs are the meetings that were held in each county, most oft'times in the county seat, by REA and home economists and others on the use of electric service in the home; how to cook with it, how to cool with it, how to light with it," said Gwyn Brantley Price, Ashe County school principal and dairy farmer. Price forwarded the push for rural electrification in North Carolina and became the head of the North Carolina REA in 1941.

For some rural families, electric water pumps meant the first indoor bathrooms. Just imagine the wonder of having lights after dark, hot water and all the conveniences and work-saving appliances that came soon after the switch was finally flipped. By 1950, most rural homes had power thanks to rural electrification, but it took until 1974 to reach 97 percent of them.

Gwyn Brantley Price, Ashe County school principal and dairy farmer, became chairman of the North Carolina Rural Electrification Authority in 1941, when only a fourth of the state's farms had electricity. In an interview for the Southern Oral History Program, he recounted a humorous story from the early days of rural electrification:

One day when I was in the county agent's office signing some papers as chairman of the old Triple A committee, a couple of men came in from Lenoir to see the county agent, a Mr. Messick, and Mr. Max Wilson, attorney for Caldwell Mutual. [Caldwell Mutual would later become Blue Ridge EMC.] Mr. Messick introduced himself and he said, "Mr. Price, if you want electricity, all you got to do is say so. We got it in Caldwell County and we're gonna get it in Watauga County."

It was 1937. Mr. Messick had an uncle he called Uncle Finley. He would go out to the fillin' station and sit in a chair when the weather was good and watch the people go and come.

One day he saw the engineers staking the line across the field, and Uncle Finley asked, "What'cha doing out there?" "We're digging holes for poles for an electric line," explained Mr. Messick, to which Finley replied, "Never be. The farmers'll have to go back and fill the holes up, and they'll have to cut the poles down and use them for stovewood."

This is part two in a series.
North Carolina's Cooperative Extension Service at 100