Recognition comes as Wynn is named CEO of Fla. co-op 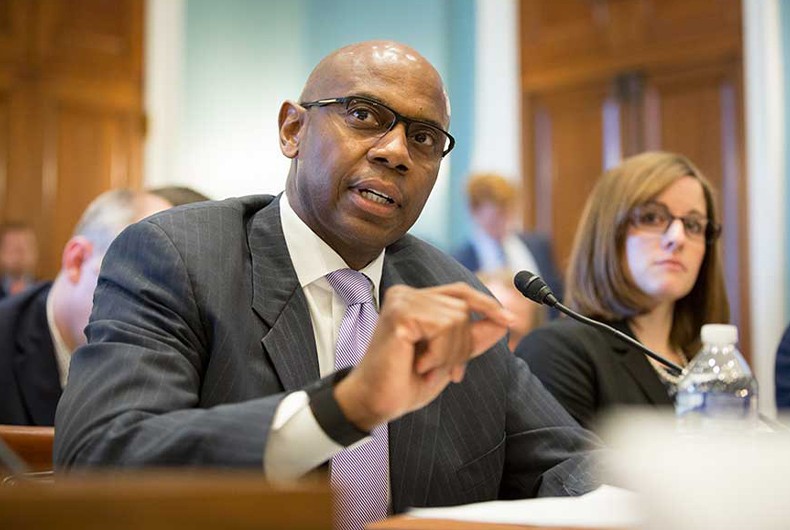 Wynn has advocated on behalf of electric co-ops throughout his career, including during 2017 testimony to the U.S. House Agriculture Committee.

The award is a mile-stone recognition for Wynn, who, after leading Roanoke Electric for more than 24 years, was recently named the incoming CEO at SECO Energy, an electric cooperative serving more than 200,000 members in central Florida. At Roanoke Electric, headquartered in Ahoskie, Wynn earned national accolades for his commitment to implementing services and programs that help local communities and members thrive.

“This has been the highlight of my 42-year career in the electric co-op industry. I am not saying goodbye. A part of me will always be a part of this region and connected to this co-op.”

“Curtis Wynn has brought opportunity and innovation to rural North Carolina, making rural communities an even better place to live and work,” said Gov. Cooper. “Thanks to his work, more families, schools, and businesses have access to high-speed internet, a critical tool to help rural communities thrive. We are working hard to build on the great work of our rural coops and other partners to get even more North Carolinians connected to broadband.” Wynn has spearheaded a variety of cutting-edge, high-impact initiatives in the co-op’s long-standing efforts to empower member-owners in a region facing economic challenges.

A Florida native, Wynn began his career washing trucks for his rural hometown electric coop in Graceville, Fla., and his decision to make a career transition stems, in part, from his desire to be closer to his family and home, where he plans to eventually retire.

“It’s been a pleasure serving Roanoke Electric’s member-owners for the past 24 years,” Wynn said. “This has been the highlight of my 42-year career in the electric co-op industry. I am not saying goodbye. A part of me will always be a part of this region and connected to this co-op.”

The impact of Wynn’s leadership on Roanoke Electric and its consumer members is lasting. During his tenure, the co-op developed the Upgrade to $ave program, which provides energy efficiency and smart energy upgrades to homes and businesses that financially benefit both the member-consumers and the cooperative.

In partnership with the U.S. Department of Agriculture, the co-op established its sustainable forestry program. It has helped hundreds of local landowners by providing information and resources to help them better manage and retain their land for the purpose of building generational wealth. The Roanoke Connect initiative is bridging the digital divide by bringing broadband connectivity to the region for the first time. After years of laying the groundwork, connections to high-speed internet service are now underway.

The impact of Wynn’s vision and legacy stretches beyond the borders of North Carolina. As immediate past president of the National Rural Electric Cooperative Association (NRECA), Wynn had the distinction of being the first Blackboard president in the organization’s history and leading the organization through the unprecedented disruptions of the global pandemic. During his tenure, he was a tremendous voice for the nation’s electric cooperatives to embrace the tenets of diversity, equity, and inclusion, and the NRECA membership passed a diversity, equity, and inclusion resolution in 2020.

In addition to leadership roles at Roanoke Electric and NRECA, Wynn has served on various local, state, and national boards of directors. His greatest sense of achievement, however, comes from Roanoke Electric.

“I would say my proudest accomplishment is the growth I have seen in our team, and how they have stepped up to address the many challenges the industry has thrown our way over the years,” Wynn said. “They did so by embracing our core values beyond anyone’s expectations, really wanting to make a difference in the community we serve. Leaving that behind makes me feel good about what lies ahead for Roanoke Electric.”

Wynn’s last day at Roanoke Electric was December 13. The board of directors has appointed the co-op’s chief operating officer, Marshall Cherry, to serve as interim CEO.