Celebrating the Culture of Cotton

By Bridgette A. Lacy | Photos courtesy of Black Cotton 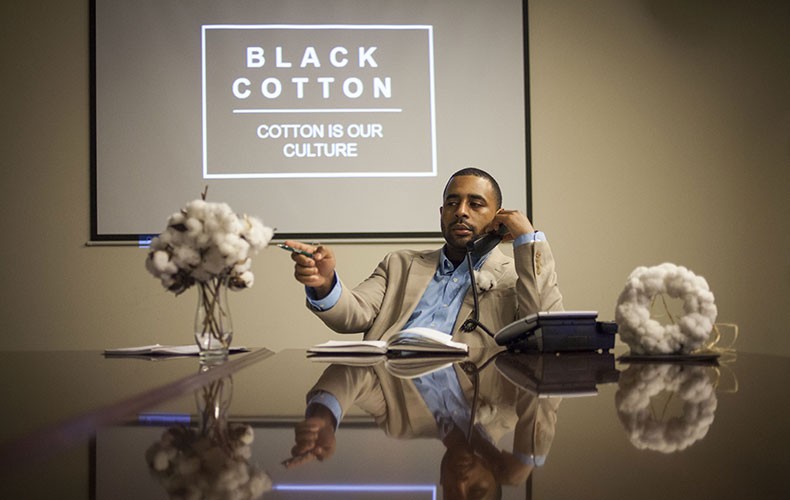 Julius Tillery, a fifth generation African American farmer in Roanoke Electric Cooperative’s service territory, has claimed cotton as something more than a poor man’s crop. He founded Black Cotton, a décor and accessories company in 2016.

It sells raw stalks of homegrown cotton to be displayed in vases, hung as ornaments for special occasions, and even worn as cotton corsages and boutonnieres for high school proms. (Shop online with Black Cotton)

Julius’ tag line is “Cotton is our culture.” He’s working on changing the narrative of cotton and black farmers. While most of the farm’s fluffy white boll is still sold through a cooperative, he’s carved out a niche of his own.

“No one created opportunities in cotton for us, so we have to make value of it. I like to beautify it … I like that spirit around us.”

“No one created opportunities in cotton for us, so we have to make value of it,” says the 33-year-old. “I like to beautify it … I like that spirit around us.”

While cotton cultivation is historically associated with slavery, Julius chooses to elevate it and celebrate this plant that is woven into the narrative of the South.

He’s also promoting the crop for agritourism. People have come from as far as California and Washington to visit his Northampton County office in Garysburg and the family farm in Rich Square.

“I’ve had school groups, fashion folks and people attending family reunions want to see my office,” he says. “They want to create things and find their healing in the cotton.”

Like many farmers, Julius hustles to make ends meet. He spends about half his week working alongside his father and grandfather on the 125-acre family farm located near the North Carolina and Virginia border. About 75 acres is dedicated to soybeans and 50 to cotton. 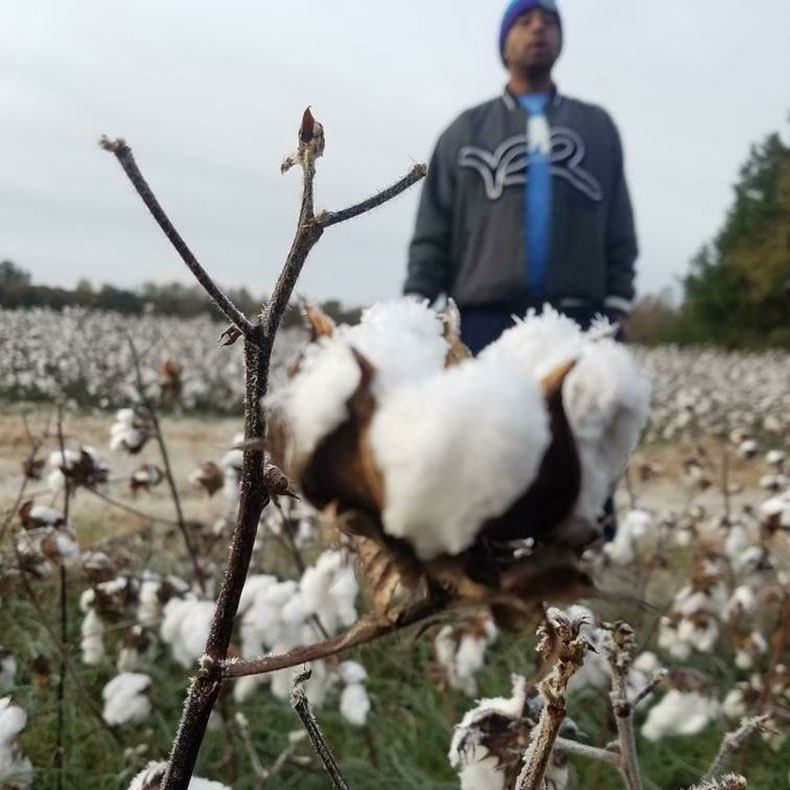 Julius comes from a line of bricklayers on his mother’s side of the family and farmers on his father’s. He brings together the practical experience of farming as well a formal education. He’s a 2004 graduate of the North Carolina School of Science and Mathematics. He then received his bachelor’s in economics in 2008 from UNC-Chapel Hill.

When he’s not engaged in manual labor on the farm, Julius is handling his advocacy work and teaching.

“Julius has always been in the ag community,” says Jamilla Hawkins, senior program manager for Food & Community Development at the NC Rural Center. “We have worked together with the Conservation Fund. He’s that voice to make sure the farmer’s needs are being advocated. He’s going to make sure that farmer’s perspective is front and center in conversation.”

Julius is a member of The Conservation Fund’s Resourceful Communities program, which works to preserve the state’s rural landscape especially in communities that are economically and socially distressed. Tillery assists farmers in increasing their revenue potential by connecting them with new markets all along the food chain. He also serves on the administration council for Southern SARE (Sustainable Agriculture Research and Education).

Ebonie Alexander, the executive director of Black Family Land Trust, employs Julius as the NC coordinator for one of the nation’s only conservation land trusts dedicated to the preservation and protection of African American and other historically underserved landowners’ assets.

“His entrepreneurial skills help the next generation see career opportunities in farming. It brings back pride in land ownership in the rural South,” she says.

He’s also an instructor of Modern Agriculture at Roanoke-Chowan Community College in Ahoskie.

“Agriculture is very complex,” Julius explains. “Black farmers are behind. We don’t have the same type of capital access, tractors and combine harvesters. It’s hard for us to keep up in the marketplace … I teach modern approaches to sectors of agriculture that are relevant to people working in or interested in the industry.”