Trenton Chiropractic Center is among those benefitting from disaster recovery funds 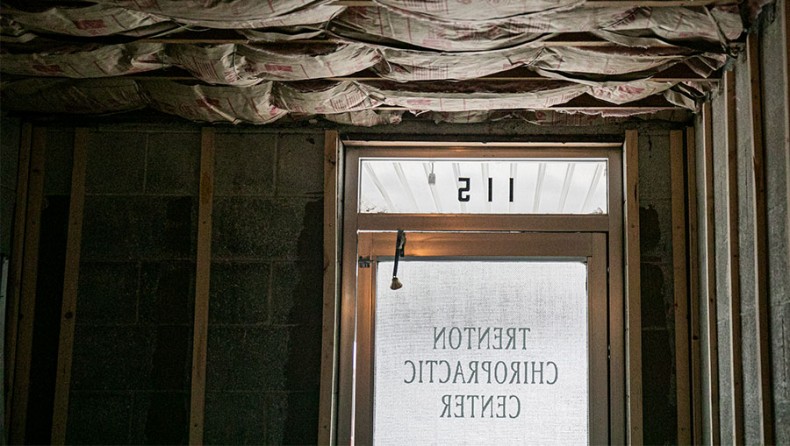 Dr. Ashley Simpson always knew she wanted to work in a small town. Even when she graduated from chiropractic school in South Carolina in 2012 and moved to Durham to work in a chiropractic office as an independent contractor, she looked for practices for sale near New Bern, her hometown.

In 2013, she found a chiropractic doctor in downtown Trenton, about 24 miles southwest of New Bern, who was selling his practice. She bought the practice and rented out its building in Trenton, then a population of 300. With the established practice, she inherited the retired doctor’s patients and equipment, and changed the name of the practice to Trenton Chiropractic Center.

It wasn’t just about ‘We’re giving you this loan so we can make money back,’ but ‘We care about these small businesses in North Carolina and we know that they make an impact in their community and we want that to continue.

“I fell in love with the town and people immediately and have been here since,” Simpson said.

Sandwiched between farming land and the Trent River, downtown Trenton has all of the things she needs. Her pharmacy, lawyer, bank, post office, and favorite barbeque restaurant are all within walking distance from her practice.

Many of her patients, however, don’t experience that same convenience to get access to healthcare. Simpson is the only chiropractor in Jones County.

“There’s a need here,” Simpson said. “Having a chiropractor in town is more than just a short drive for patients. It’s about having care close enough that it is not a burden to them.” 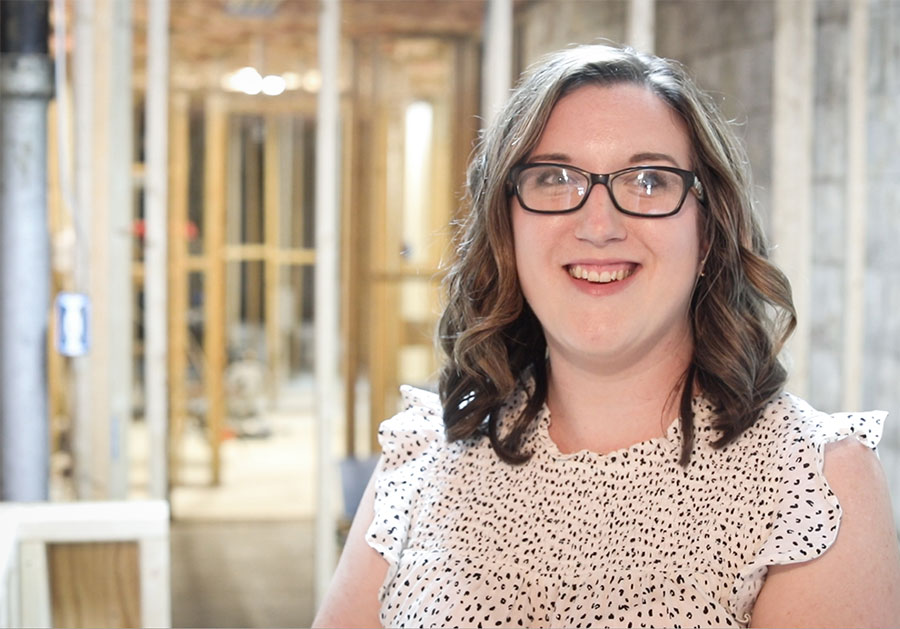 Dr. Ashley Simpson in her Trenton office during renovations

That’s why she stayed in Trenton with the volunteer EMS squad in September 2018, when Hurricane Florence churned over Eastern North Carolina for two days.

“I wanted to be down here in case we had something come up,” Simpson said.

During those two days, the Trent River swelled. Storm surge, 20 inches of accumulated rain, dangerous winds and historic flooding in Trenton made it impossible for Simpson to visit her practice for almost two weeks. Many areas of Jones county were without water and electricity for almost a week.

The EMS squad couldn’t send out volunteers during the storm because of the risk of injury. After the storm passed, Simpson helped with recovery efforts — distributing MREs (military rations) and bottled water; checking in on residents, especially the elderly.

When she returned to her building, she found dead fish on the sidewalk in front of her business. Everything in the building was ruined, except for her laptop. In the weeks that followed, her family helped her rip out the flooring and walls.

She ran her practice from her uncle’s chiropractic practice in New Bern for a few weeks after the storm. She even made house calls for a few patients — some of whom still had their homes flooded, so she treated them on their porches.

The practice is located in a large brick building between the town hall and Jones County Tire & Wheel Alignment. It’s locked up for now, with a sign on the window that says: “We are temporarily located in Realo Discount Drugs.” That’s where Simpson and her therapist have been running the practice, a few steps away from her building.

The journey to restoring her building has been a challenge. 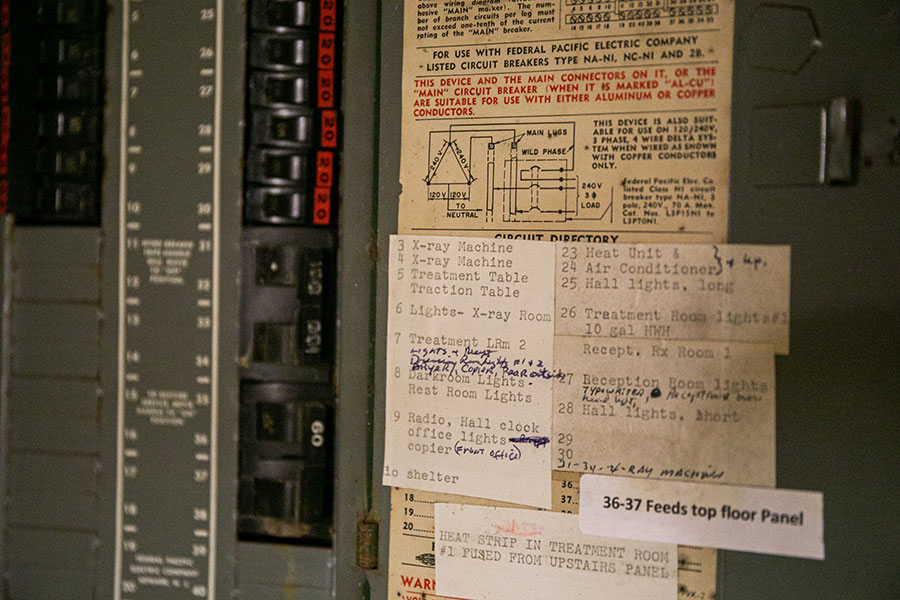 Almost a year after the hurricane, the inside of the building where she ran her practice still doesn’t have drywall. The plumbing and insulation are visible. Simpson was renting the space, but after it flooded its owner sold it to her for a fair price.

Her costs went up exponentially when she bought the building. Add to that repairs, which she was paying for out-of-pocket, until she received a Resilient Recovery loan from Thread Capital, a nonprofit subsidiary of the NC Rural Center launched in June 2018. The loan provides long-term funding to small businesses that have suffered significant economic and physical damage because of a natural disaster. Before she found Thread Capital, she sought funding from FEMA, SBA, and even a traditional bank loan. She came to the same frustrating roadblock every time: student loans.

The student loans she acquired to get her doctorate increased her debt-to-income ratio, making her look like a risky investment to a traditional bank.

“I’m just really grateful for Thread Capital,” Simpson said. “I could not have done this without them. I feel like they didn’t just look at one or two points on a QuickBooks spreadsheet. They tried to get a picture of who I was as a whole. It wasn’t just about ‘We’re giving you this loan so we can make money back,’ but ‘We care about these small businesses in North Carolina and we know that they make an impact in their community and we want that to continue.’” 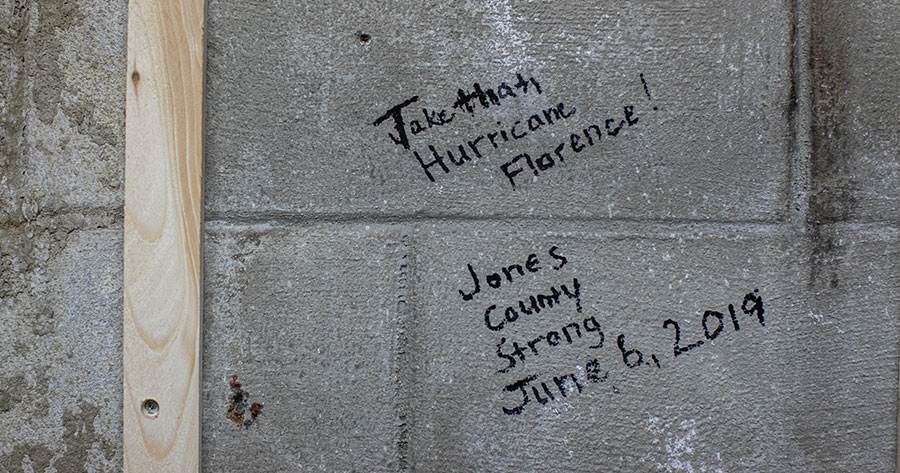 With the Resilient Recovery loan, Simpson will buy drywall and flooring to finish repairing the building and some new equipment. The loan program helped 25 small NC businesses during Thread Capital’s 2018/2019 fiscal year, with a total $1.8 million in loans.

Simpson hopes to be back in her building in a few months, and she plans to stay in the community she loves. Many of the businesses in downtown Trenton did not have flood insurance before the hurricane, making it even more difficult to reopen. She’s seen at least two business close.

“There’s still a lot of people who did stay,” she said. “Hurricanes are going to come again, but this is home to a lot of people. That’s really important to them, not just to get back in their building again, but to be around the people they care about.”

For more information about Resilient Recovery loans from Thread Capital, a subsidiary of the NC Rural Center, visit threadcap.org or call 919-212-4950.

Camila Molina is a Thread Capital loan associate and former writer for the Raleigh News & Observer.