A Warm Welcome for Hockey

A sampling of ice rinks around the state 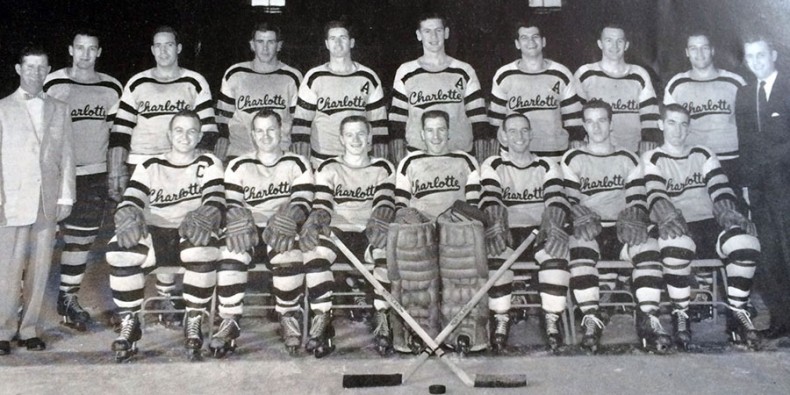 Although our ponds don’t often ice over in the winter, North Carolinians love a good hockey game. The state supports the Raleigh-based Carolina Hurricanes, part of the NHL, as well as minor league teams the Charlotte Checkers, Fayetteville Marksmen and Winston-Salem’s Carolina Thunderbirds.

But as it happens, it wasn’t ice, but fire that first brought hockey to the Tar Heel State. In 1956, a blaze destroyed the arena of the Baltimore Clippers. Representatives from Charlotte convinced the team to play out the rest of its season at the Charlotte Coliseum. The team made the move, and fans went wild.

“Thousands of people who didn’t know a goalie from a dasher board lined up their cars a mile or so on Independence Boulevard and all the other streets around the Coliseum, trying to get into the place,” said a Charlotte Observer article describing the response, according to the NC Department of Natural and Cultural Resources.

The warm welcome led the team to permanently relocate to Charlotte, and through a contest in the late ‘50s the team chose a new name: The Checkers. Learn more about the team at gocheckers.com.

Inspired to strap on some skates? Whether beginner or pro, these indoor ice rinks across the state offer icy fun.