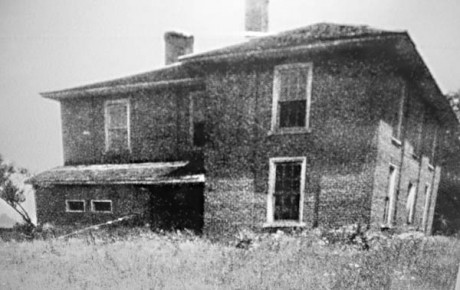 In the yard of Judge Richmond Mumford Pearson's restored home in northeastern Yadkin County, you can imagine law students from 1848 to 1878 mingling about the grounds discussing the law of the land. Some stayed in Pearson's home and with neighbors, while others lodged in log cabins (now gone) on the premises.

Richmond Pearson was born in 1805 in Davie County. He graduated from the University of North Carolina in 1823, studied law with Leonard Henderson in present-day Vance County, and practiced law in Salisbury, then in Mocksville.

In 1832, Pearson married Margaret Williams from Knoxville, Tenn., the daughter of former U.S. Sen. John Williams. They had 10 children, seven of whom preceded their father in death. The couple moved to Yadkin County (then Surry) around 1848. Margaret Pearson died in1855 and was buried in the family cemetery near the law school.

Mary Bynum, from the Morganton area, became Pearson's second wife in 1859. Judge Pearson in 1861 built this stately two-story brick home for her. She remained at Richmond Hill until Pearson's death, 19 years later.

Pearson served as a state Superior Court justice and held court in every existing county in North Carolina. In 1848 he was elected an associate justice of the State Supreme Court and chief justice in 1868. During the Civil War, he made controversial rulings to protect men from being "unjustly conscripted" into the Confederate Army.

During his 30 years at Richmond Hill, over 1,000 students studied under his tutorage. His students became governors, attorney generals, chief justices and congressmen.

A visit here reveals why it was the perfect setting for his casual and unique method of teaching. The area has been described as a quiet, secluded spot, away from the excitement and noise of the cities, a place where the students would not be distracted from their studies.

Local citizens in the 1970s began restoring the 1861 brick home. Today it is open every third Sunday 2–4 p.m., March through October.

The 30-acre Richmond Hill Nature Park has interpreted nature trails. Richmond Hill Park, located between East Bend and Boonville, is open daily and picnic shelters can be reserved throughout the year by contacting Perry Horn at (336) 699-3921.