Topsail has all the requirements for summer fun. 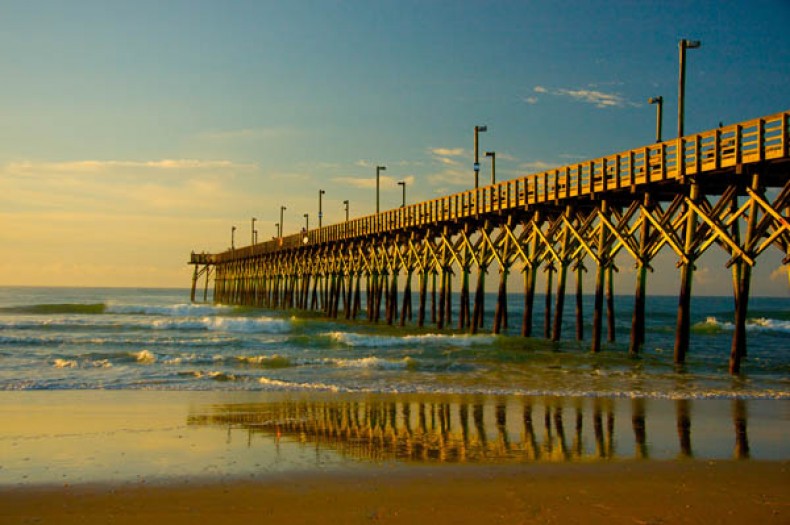 Topsail has all the requirements for summer fun. This barrier island has good beaches, aromatic eateries, gift shops, and a great, salty pier. But what really gets some visitors excited is its sea turtles.

May through August, these giant creatures pull ashore to lay their eggs. And each day during the nesting season, volunteers trek along its 26 miles of coastland to identify and protect the giant reptiles' nests. Nighttime beach visitors can be lucky enough to witness the miracle of cute baby Loggerheads hatching and tottering to the sea.

The volunteers work for the Karen Beasley Sea Turtle & Rehabilitation Center (the local hospital for sick and injured turtles), and one of only a few such centers in the U.S. The nonprofit center will be moving to larger digs, but currently is located at the southern end of Topsail Island (across from the water tower). It's open to visitors June through August, 2–4 p.m. (except Sundays and Wednesdays). For more, visit www.seaturtlehospital.org.

Topsail was the site of a top secret missile program in the 1940s, and its Missiles and More Museum, housed in the blue Assembly Building on Channel Boulevard, is definitely worth browsing. Admission is free and visitors learn about "Operation Bumblebee" and see exhibits on Osprey aircraft, pirates, Native Americans and natural history. A new attraction pays tribute to the Women Airforce Service Pilots of WASP, a special program during World War II. For its hours, visit www.topsailhistoricalsociety.org.

The island hosts three towns — North Topsail Beach, Surf City and Topsail Beach — and is more commonly accessed by the Surf City bridge, an old-fashioned drawbridge that opens at the top of the hour. But you also can reach Topsail Island on a high-rise bridge from historic Sneads Ferry. This quaint fishing village dates back to the early 1700s. Its waters have fish-friendly rock formations, and commercial fishing continues there today. This month, Sneads Ferry hosts its shrimp festival Aug. 13–14. Festivities include fireworks, contests, a classic car and bike show, a parade, street dancing and savoring tasty delights from the sea. Visit www.sneadsferryshrimpfestival.com.