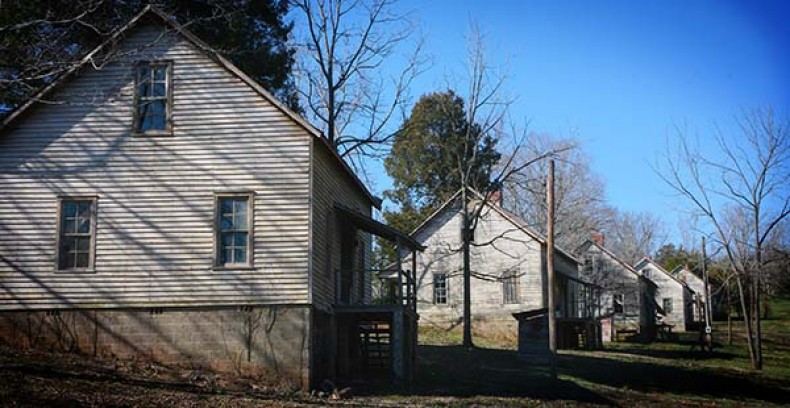 This summer, North Carolinians have been enjoying spotting scenes shot in their own locales in recently released, high-profile movies.

For "Iron Man 3" (a high-tech adventure starring Robert Downey Jr. and Gwyneth Paltrow), filmmakers used sites in coastal Wilmington, Oak Island and suburban Cary. Some of its most dramatic scenes took place at the State Port in Wilmington, with smoke, gunfire and a buzzing helicopter lighting the night sky above the giant, mechanized shipping port, and in the coastal town of Oak Island, where stuntmen parachuted onto its beach.

To stage scenes set in the Chattanooga, Tenn., area, "Iron Man 3" filmmakers headed to the coastal plain in Duplin County. In Rose Hill, across East Church Street from the Trading Co. of Rose Hill, they transformed two vacant shops into the First Tennessee Bank and The RockyTop restaurant. They used Kenan Memorial Auditorium in Kenansville as the backdrop to Miss Chattanooga's Christmas pageant in the movie.

Southport stars as itself in "Safe Haven," a romance-mystery based on the novel by New Bern resident Nicholas Sparks. The film, starring Julianne Hough and Josh Duhamel, has scenes of several real-life Southport storefronts and restaurants including the Old American Fish Co., which was transformed into Ivan's Fish Shack (where Katie worked as a waitress), and Fishy Fish Café, which appears as the Safe Haven General Store. "Safe Haven" also filmed in Fort Fisher Recreation Area (where Alex and Katie kiss).

"Iron Man 3" and "Safe Haven" join more than 800 movies shot in North Carolina, a top 10 choice for filmmakers for decades. Here are some other places from popular movie to recognize:

Of all the epic North Carolina scenery in "The Last of the Mohicans," this 404-foot cascade probably stops the most hearts. The falls and surrounding cliffs are at Chimney Rock State Park in Rutherford County. chimneyrockpark.com

The forest and its waterfalls, located between Hendersonville and Brevard, add the force of nature to the deadly action in "The Hunger Games" and "The Last of the Mohicans." dupontforest.com

Built in the 1700s on the Cape Fear River, the plantation has been seen in dozens of films, including "Firestarter," "Crimes of the Heart" and "Divine Secrets of the Ya-Ya Sisterhood." ortonplantation.com

The "Dirty Dancing" script said Catskills, but the movie's magic actually came from this scenic lake in Rutherford County. The area's annual Dirty Dancing Festival is scheduled this year for August 16-18. dirtydancingfestival.com and lakelure.com

Inn at Rodanthe “Nights in Rodanthe”

Fans of the romance film "Nights in Rodanthe" fell in love with the beach house rental used in the film. Originally called Serendipity, the Hatteras Island house was rechristened "Inn at Rodanthe" to match its screen name and later was relocated to escape the encroaching sea. outerbanks.org

This quaint, beloved park gave this movie a lot of authenticity and can still be seen today, as can the house where Annie Savoy (Susan Sarandon) lived (911 N. Mangum St.) The city of Durham always gets the credit for "Bull Durham," but the batting cages scene was filmed in Garner and that initial meeting between Kevin Costner and Tim Robbins was filmed at Mitch's Tavern in Raleigh. durhamathleticpark.com 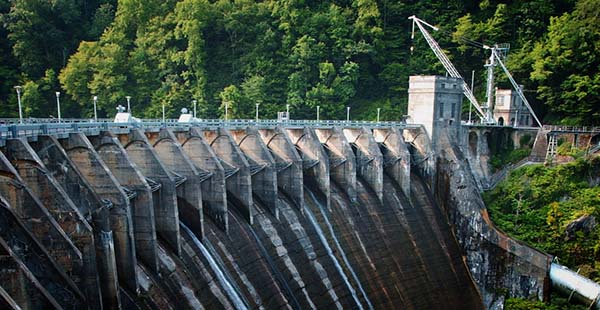 The signature confrontation in "The Fugitive" comes early on when Richard Kimble (Harrison Ford) makes a leap of faith from this 225-foot hydroelectric dam in Graham and Swain counties. Other scenes were shot at the Great Smoky Mountains Railroad and in Bryson City and Sylva. greatsmokies.com/known.html

The 250-room house in Asheville has starred in "Being There," "Forrest Gump," "Patch Adams" and "Ri¢hie Ri¢h." biltmore.com