Clamming: A Different Kind of Fishing 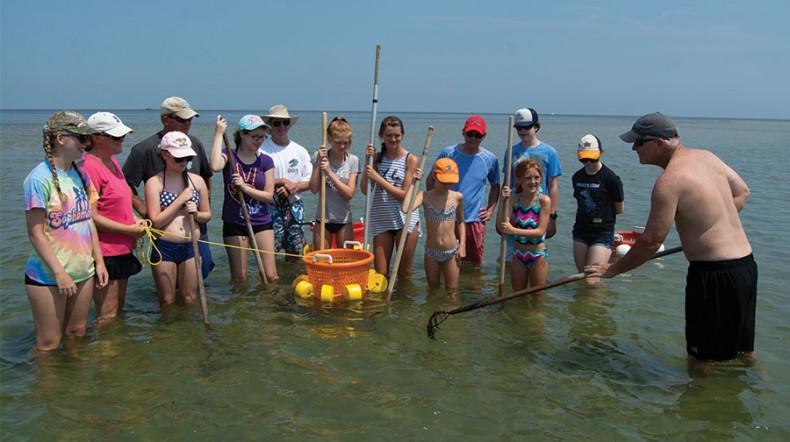 Steve Jones of Frisco, far right, gives a few clamming pointers to the author's family and others before a clamming trip in Pamlico Sound.

When people head to the coast and go “fishing,” most assume it’s for any of the myriad species of finfish that inhabit our coastal waters, and I was one of those for many years. (I still try to pack a spinning outfit on family vacations.)

In recent years our family has tried to time summer vacations at the Outer Banks with two of my old fraternity brothers and their families. With nine children between us and the help of another old friend, Steve Jones, we found clamming to be an ideal outdoor activity.

I met Steve in the ’80s when he was tending bar in Chapel Hill. After moving back to Frisco, he mated on charter boats and ran the Chaser charter boat out of Oden’s Dock until 2008. Now he tends bar at Dinky’s Waterfront Restaurant in Hatteras, but his 35 years of mating and guiding have given him a wealth of knowledge.

He suggested a clamming trip a few years ago and donated his time and boat to take us out. It’s since become a tradition for our three families. 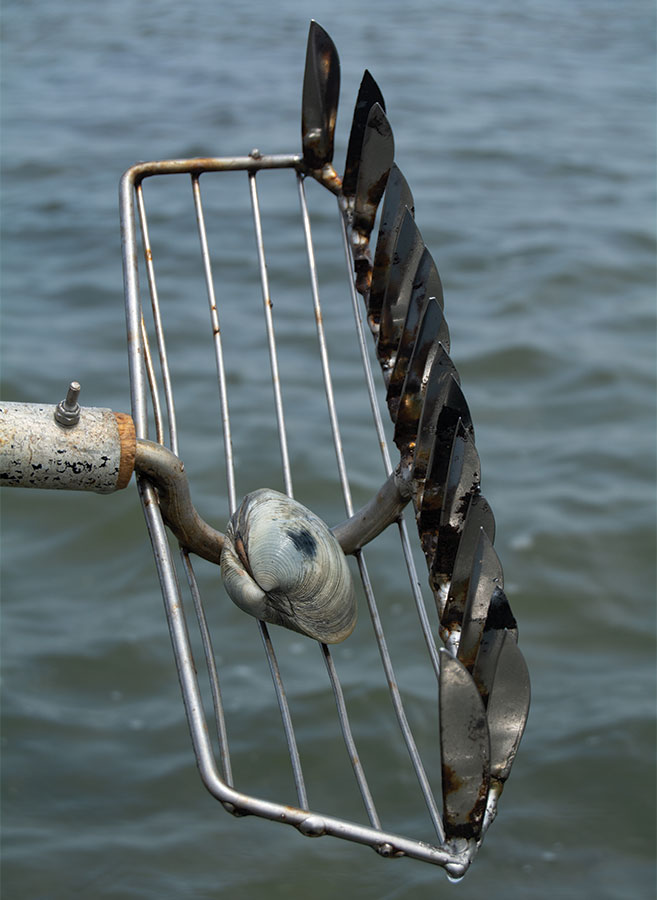 Clamming is not hard, which makes it ideal for young children as kind of an aquatic Easter egg hunt. For Steve, back when he was guiding part time, clamming checked a few other boxes as well.

“Typically, I’d take a family with a couple of kids,” he says. “It was a whole lot easier than a finfish trip for me. Clams don’t move like fish. We would just pull up on a shoal, anchor the boat and go at it.”

And it’s as simple as that. We did use commercially-made clam rakes, but a garden rake or a three-tined cultivator will work in a pinch. One simply rakes (or pushes the rake) until you feel a little “thunk,” and it’s usually either a clam or a rock. Steve explains that you can pretty much walk into a sandy shoal on the sound side and have a reasonable chance of collecting some clams. His favorite shoals are all within a two-mile radius of each other and 200 to 600 yards from shore.

One of the bonus points of clamming is that you will see many other aquatic (and avian) species. My wife Renee once raked up a horseshoe crab that gave her quite a start. We’ve seen rays, skates, crabs, whelks and various species of fish on our trips. 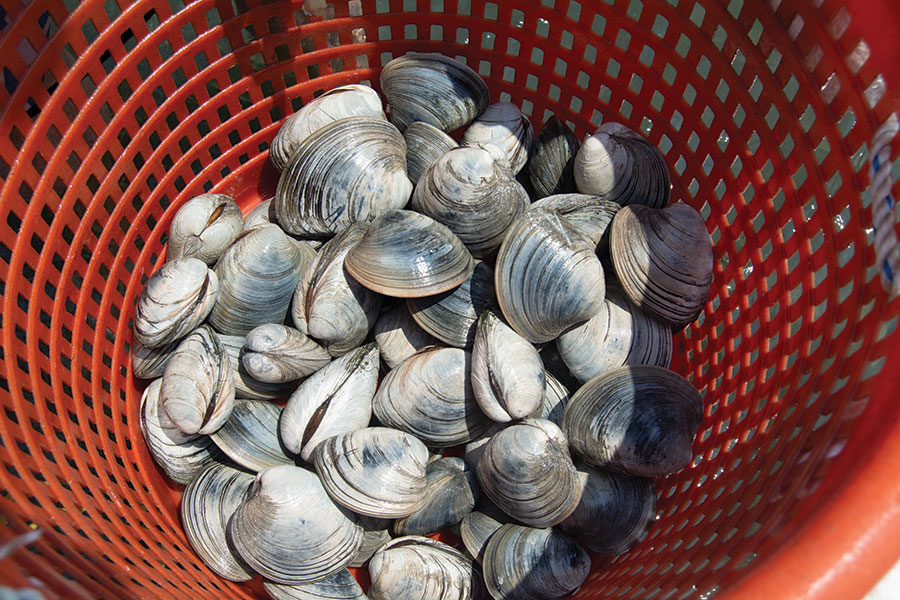 Once back to the house, we purge them in salt water to release any sand, and steam them up. We use the smaller clams for cooking and freeze the larger clams in the shell for chowder later.

Raking up a clam may not have the excitement of catching a puppy drum or bluefish in the sound, but clamming serves a family well for a fun and safe saltwater activity. 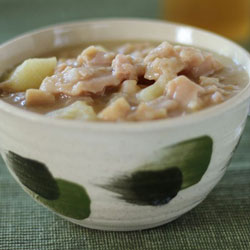 Once you've gathered a few bucketfulls of clams, you might just want to dig into this recipe for a Carolina-style clam chowder courtesy of NC Sea Grant.