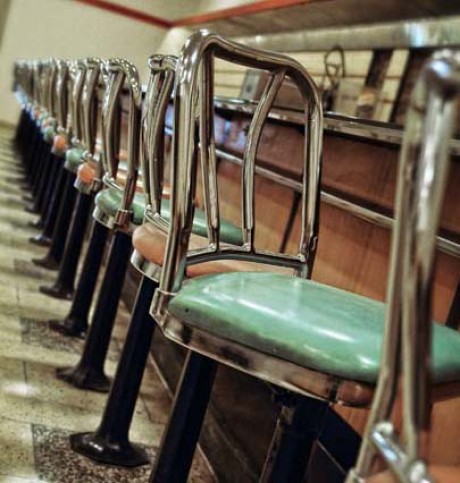 Sites in North Carolina often celebrate Black History Month with special activities, events and programs. In addition, a number of museums, centers and historic sites explore, highlight or feature African-American history throughout the year. Here is a sampling of those places, east to west.

The 100,000-acre Somerset Place (1785–1865) was home to more than 300 enslaved men, women and children of African descent. It offers a comprehensive and realistic view of 19th-century life on a large North Carolina plantation.

This historic site features exhibits about the lifesaving crews on the Outer Banks, including the all-African American crew at Pea Island Lifesaving Station.

This project of the Concerned Citizens of Tillery commemorates the contributions African Americans have made to Halifax County and northeast North Carolina. The History House contains exhibits on the Resettlement Farm of the 1930s and 1940s and coordinates community projects.

The role of African Americans figures in several exhibits, and the museum also offers the online exhibit "A Change Is Gonna Come." Accessed at www.nccivilrights.org, it highlights courageous experiences of blacks, Indians and whites during the civil rights period.

The museum features the civil rights-related exhibit: "Let Us March On: Raleigh's Journey Toward Civil Rights."

In 1984, Dr. E.B. Palmer and his wife, Juanita, turned their own three-acre backyard into this unique, award-winning complex. It features African-American artifacts and inventions, exhibits on outstanding personalities, an African American Hall of Fame, and a nature trail with huts symbolic of an African village.

This state historic site, showcasing the life and work of Charlotte Hawkins Brown, a pioneer in African American education, features a visitor center, Brown's gravesite and buildings from Palmer Memorial Institute, the school that Brown founded.

With the historic F.W. Woolworth lunch counter as its centerpiece, the museum's exhibits tell the story of the Greensboro Four, as well as other key human and civil rights struggles and achievements, and covers discrimination in education, voting, employment, transportation, housing and recreation.

The former home of Quaker abolitionist Richard Mendenhall and stop on the Underground Railroad houses artifacts such as a false-bottomed wagon used in transporting slaves to freedom.

Levine Museum of the New South

Fulfilling its mission to interpret Southern history and culture from 1865 to the present, the museum's "Cotton Fields To Skyscrapers" offers interactive, simulated experiences such as sitting in Good Samaritans Hospital Chapel, one of the first African American hospitals in the South.

This facility, first known as the Young Men's Institute, was built as a community center for the families of black craftsmen who helped construct Biltmore Estate. Today the center offers permanent exhibits on local African-American history and rotating exhibits by African American artists.