Are Lady Bugs Invading Your Home?

These friends of your garden can be an indoor nuisance 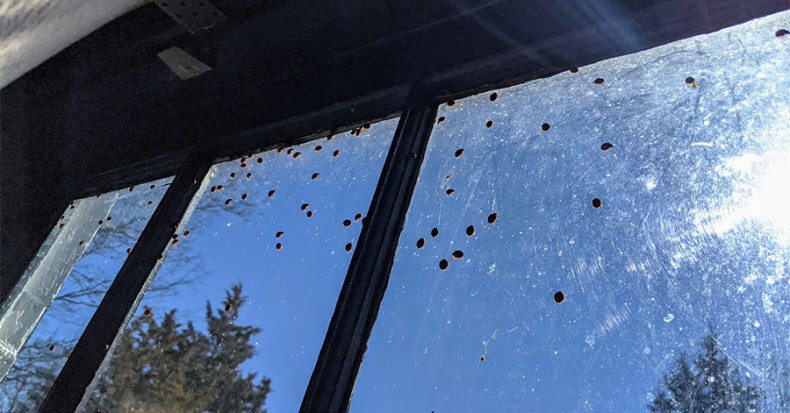 Todd Warner wants to know how to get rid of Asian lady beetles that have invaded his home. Photo courtesy of Todd Warner.

Todd Warner, who lives in central North Carolina, reached out to his Facebook friends for a solution to his ladybug invasion. They were getting into his historic home during one of February’s warm spells.

Todd got a lot of advice—from vacuuming them up and releasing them back outdoors, to hanging lemons in his windows to repel them. When I read the posts, I was dismayed to learn ladybugs were being considered a nuisance. I’ve always thought of them as friends to the gardener, gobbling up aphids and other unwanted vegetable-eating insects. But when another Carolina Country reader, a Union Power Cooperative member from Ridgefield, called the magazine about a similar problem, it was time to get to the bottom of this ladybug conundrum. 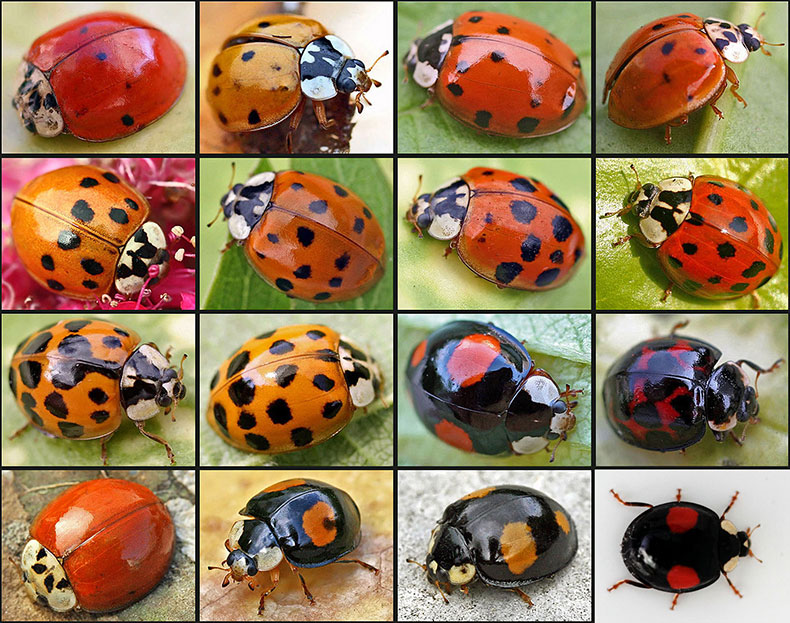 First, I must get my terminology right.

The ladybug that folks are concerned about is not our native red-with-black-spots ladybug longheld in high esteem and featured in children’s literature. Even this home-grown ladybug is properly named lady beetle . There is a difference, I learned, between a bug and a beetle. The swarming beetles Todd and many other homeowners want gone are another beetle altogether. This orange-with-black-to-brownish-spots beetle is native to Asia. The Multicolored Asian lady beetle was first introduced in the 1920s to the Southeast and Washington State by the U.S. Department of Agriculture to control aphids, which is a favorite food of the beetles. They apparently didn’t do well in the United States, as none were to be found within a few years. Then, decades later, they began to show up in Louisiana. Apparently, they were accidently re-introduced via a freighter in a New Orleans port. They made their way to North Carolina by 1992. And, as intended, they have been an asset for gardeners and farmers, happily doing the same job as their American cousins, the red-and-black lady beetle.

What makes the Asian variety a problem for some folks is their propensity to crawl through the tiniest cracks and crevasses and enter homes, attracted by the light indoors. They can secrete a yellowish fluid that stains walls and furniture — yuck! They are also known to bite if handled, although it’s a mild bite.

There are four stages in the life cycle of the Asian lady beetle — egg, larva, pupa and adult. Eggs are laid in early spring on the underside of leaves. They hatch out in three to five days. The larva stage lasts about 12–14 days. During that time, they each eat dozens of aphids every day. Then pupa is formed, attached to leaves. The adult emerges from the pupa in five to six days. Adults spend the winter hibernating in protected places, like hollow logs or the walls of houses. Some adults live up to three years. 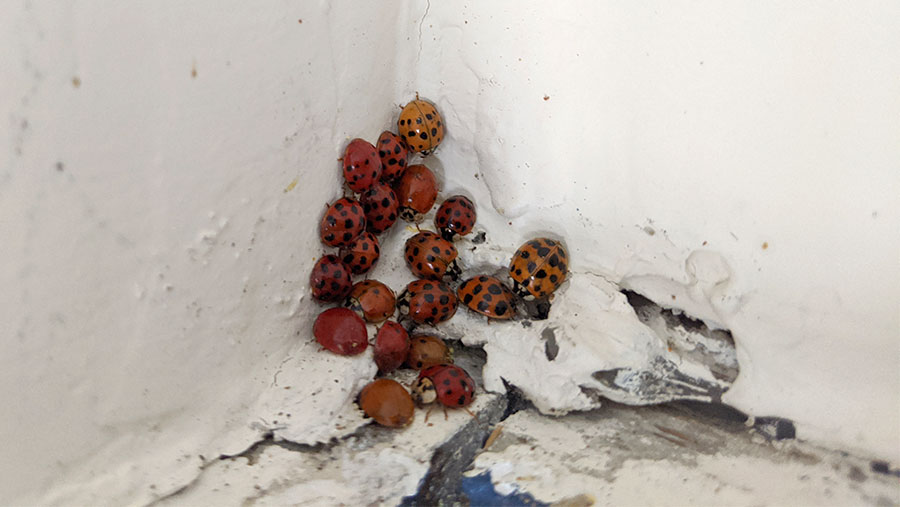 Martha Mobley, extension agent in Franklin County, advises vacuuming the beetles up and releasing them in the garden, as they are beneficial. Todd worries that when released, they will just come back inside. The good news is, in spring the beetles depart to find food and begin their life cycles anew.

The “ounce of prevention is worth a pound of cure” credo is the best approach. Caulk outside cracks and crevices before the lady beetles start looking for places to over-winter. This has the added benefit of saving money on your energy costs.

Spraying with insecticide is not very effective and can be harmful to people and pets. Sweeping or vacuuming them away, as Martha suggested, is the most economic, effective and safe solution to getting rid of the beetles.

And for those who’d like to have some Asian lady beetles to protect their gardens from bad insects (or native ladybugs), they can be ordered from Amazon.com for about $12 for a few thousand.

Or maybe Todd will give you some at no charge.