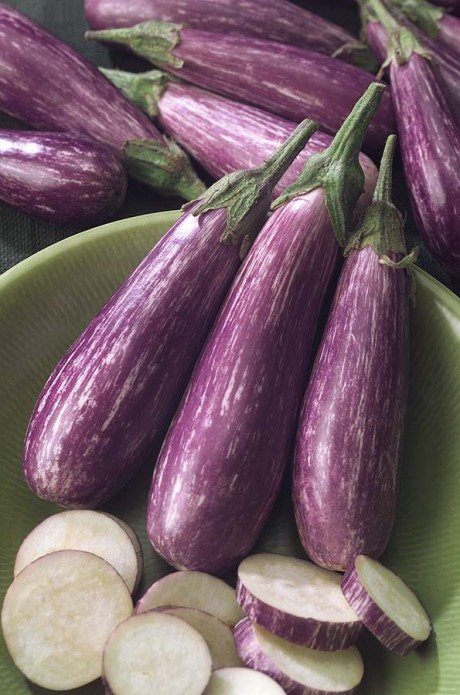 Way, way back when I was just a young sprout, I had many myopic opinions on important subjects such as girls, sports, school, adults and food.

Of the latter, eggplant ranked high on my no-way eating list because (1) it had a weird name; (2) it looked weird; and, (3) most of all, it was just weird.

I am happy to say that, at least when it comes to eggplant, I have since become enlightened. Casting aside my misgivings through the years, I discovered eggplant grilled or fried is a very tasty treat, as are such international eggplant-based delights as moussaka, ratatouille, iman bayildi and eggplant parmigiana.

So, after the soil has warmed up in late spring, it is now not unusual to find these “weird” plants taking up space in my garden. The interesting thing is that, at least for me, eggplants have only become weirder — but this time, in a good way. 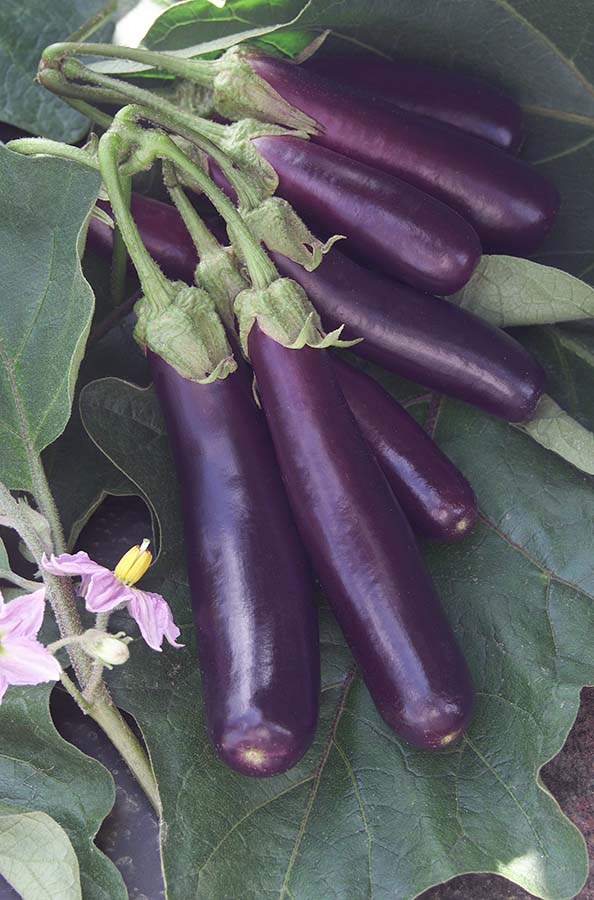 Ink black color and a chubby, oblong shape are the classic calling cards of  fruits from typical cultivars such as Black Beauty and Black Magic (both of which can usually be found as plantlets in the spring at local garden shops), and this look is echoed by other proven performers such as Florida High Bush, Amadeo and Early Midnight.

However, as with fashions, styles change, and skinny eggplants seem to be in these days, with slimmer, trimmer fruits from such varieties as Ichiban, Millionaire and Hansel now on the hit parade. And, along with these slender selections, there has come a delightfully strange explosion of color, with the aptly-named, screaming bright purple Neon leading the charge, accompanied by a similar visual sizzle from the sleek, electric lavender Pingtung.

This purple color procession marches on with the popularity of Rosa Bianca, an Italian heirloom streaked with light lilac and dusted in white, while the drops on ‘Purple Rain’ drip deeper into the violet spectrum — a look echoed by stripes on the enchanting, petite-sized Fairy Tale.

There has even been an unusual fade to jade with cultivars such as Green Goddess, Kermit and Louisiana Long Green, bringing a completely new hue to the eggplant palette. White is also starting to light up gardens with bright introductions such as Casper, Crescent Moon, Gretel and Ghostbuster.

Of course, not all of the cultivars just mentioned will be found at your local nursery, but their seeds can be bought online. So, by ordering seeds now and starting them indoors as soon as they arrive by mail, the young plants should be of sufficient size to go out into the garden by May, a perfect, balmy month for introducing these heat-lovers to a new growing season.

Eggplants should be sited in a sunny area of prepared soil that is well draining and fairly rich. The vegetable garden, of course, is the most obvious place to situate eggplant, but, keeping the eye candy possibilities of some of the sassier, weirder colored cultivars in mind, don’t be shy about incorporating them into container plantings or even flower beds to surprise friends. Just note that, if mixed with ornamentals, only use pesticides cleared for use on edibles. 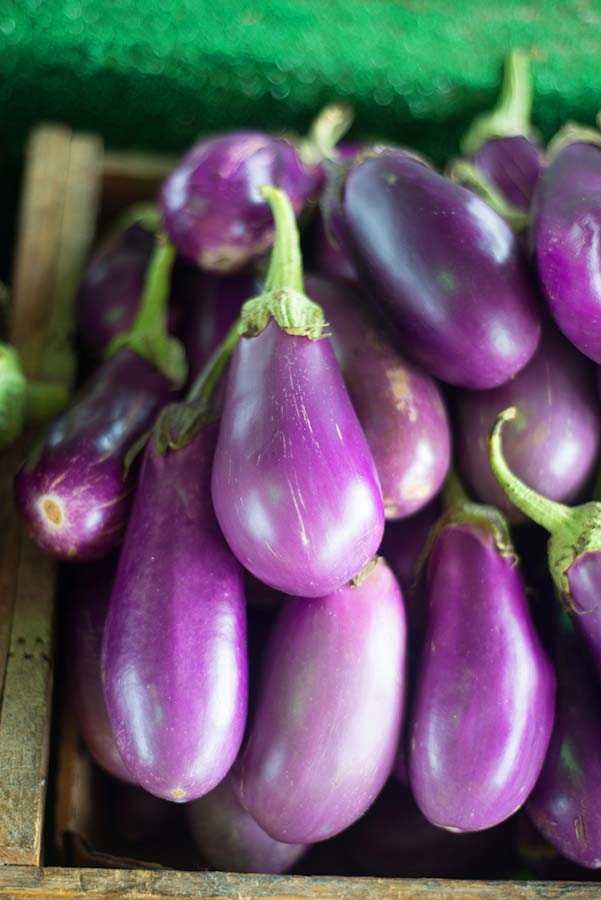 Eggplants are heavy feeders, so a dependable supply of nutrients is a must. One small handful of complete fertilizer such as 8-8-8 or 10-10-10 around each young starter will get them off to a good beginning at planting time, but after that, watering occasionally with fish emulsion, compost tea or liquid seaweed meal will help take care of the plants’ micronutrient needs. When fruits start to develop, you might reward the plants with an additional small dose of complete fertilizer. Also, give eggplants at least two feet of space so they have minimal competition for nutrients.

Eggplants aren’t without their problems. Phytophthora blight, tobacco mosaic and verticillium wilt can get to these plants, but there are resistant varieties available. Rotating crops will also help keep these bad boys at bay, but care must be taken to prevent placing eggplants in areas where other plants that are also susceptible to these diseases grew the year before. This includes tomatoes, peppers, okra, potatoes and strawberries.

While there are disease-resistant varieties, there is no such thing as a bug-proof eggplant, and four particularly pesky pests to be on guard against are aphids, spider mites, Colorado potato beetles and flea beetles. Especially flea beetles. Even if you have never, ever grown eggplant in your garden, flea beetles are liable to show up from the next county to poke their tiny little holes in your plants’ foliage. Fortunately, there are plenty of chemical controls to take care of these six-legged problems, including insecticides that contain Pyrethrin or Spinosad.

If you are new to eggplant growing, just how will you know an eggplant is ready to be picked? The skin of a mature eggplant is shiny, and it will give in when pressed slightly by a fingernail, with the indentation remaining. Fruits that go from shiny to dull are more inclined to taste bitter.

Finally, to maximize production, harvest often. But when you pick an eggplant, don’t pull it off; snip it instead. These fruits are usually reluctant to depart from the mother plant, and the branches could be damaged if you get into a tug-of-war with them. In addition, cutting the fruits off will assure that you retain a small part of the stems to go with the eggplants, which will help them last longer in storage.

One good way to get over any bug-a-boo about eating eggplant is so unabashedly Southern: Just fry it. Here is a simple recipe I do enjoy that, to me, brings out the best of eggplant’s unique flavor.