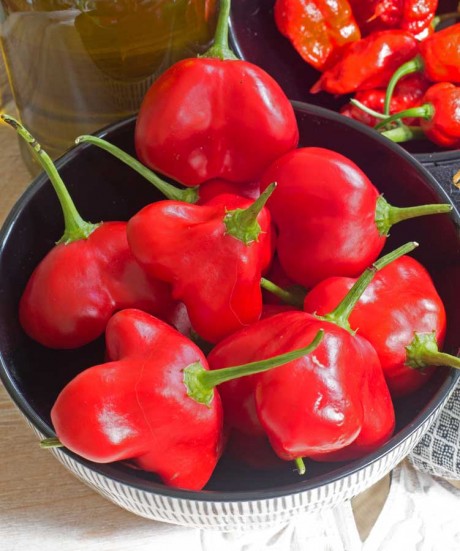 The Mad Hatter pepper might look hot, but it’s not.

When it comes to growing peppers, gardeners who don’t want to scorch their insides refrain from the hot varieties and settle for sweet selections instead. But while hot peppers come in many dazzling shapes and colors, the poster children for sweet peppers are the blocky bell varieties, many of which can be about exciting to the eyes as brown shoes.

This doesn’t have to be the case. There are plenty of sweet peppers beyond bells that not only deliver a yummy yet mild taste, but have the visual bang to doll-up vegetable and even ornamental gardens.

Need examples? Below are three of my current favorites:

Sweet Banana. The name gives away its color and shape and, yep, this pepper does produce six-inch-long, yellow fruits that resemble small bananas. This would make for a pretty plant as-is, but left on the stems, the fruits continue to mature, changing from yellow to orange and eventually red. Whatever color they are, these peppers have a no-bite-yet-yummy taste that can be a pleasing addition to salads and sandwiches as well as cooked in stir-fries or on pizza. Also, they are a favorite pick of pepper picklers.

Cubanelle. Like Sweet Banana, this pepper does a nice color shift as it matures with four- to six-inch, elongated, crinkly fruit starting out green and then gradually brightening to orange and then red. They can be added raw to sandwiches or salads, but their thin skins also make them a great choice for roasting and frying. Home cooks in the know often pass up standard bell peppers at grocery stores for this tastier treat.

Mad Hatter. What’s not to like about a pepper called Mad Hatter? An All-American Selections winner, its name, and color — a blazing red — implies that it could be hot, but it’s not. Instead, the weird, knobby, disk-shaped fruits (which make them great additions for, say, an extraterrestrial garden) are sweet, with only a hint of heat close to the seeds.

Although not as common as bell peppers, these three selections shouldn’t be hard to find. Heck, for the last two years, I bought ’em all as starter plants at big box garden centers. If you are interested in growing such cool peppers from seed, or exploring other varieties of sweet as well as hot peppers, you can find more online from Pepper Joe’s, Johnny’s Selected Seeds or Burpee.

Water gardens are shaking off their winter hibernation hiatus and stirring to life. Are you ready to feed their needs? For the best flower displays from water lily and lotus plants, fertilize them about every four weeks. Common granular fertilizer will work, but for better results, ask the folks at your local friendly garden center for specialized water lily/lotus tablets. 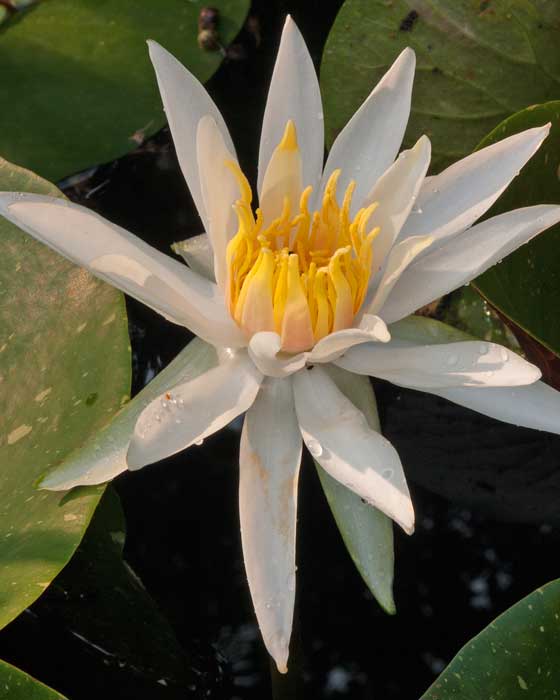 For the best flower displays, fertilize water lilies through the growing season.