Janet Burgiss turned a book club into a county-wide program 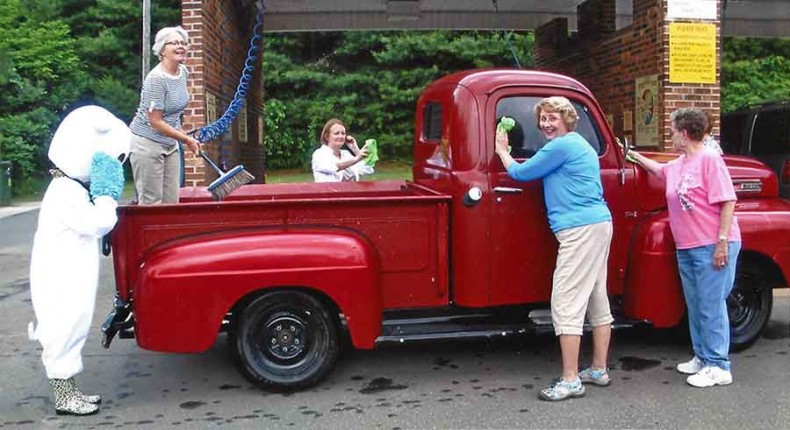 Blue Ridge READ members teamed up with a mascot to promote the 2014 selection "To Dance with the White Dog."

Author and naturalist John Muir famously wrote: “The mountains are calling and I must go, and I will work on while I can, studying incessantly.” And that is exactly what Yadkin native Janet Burgiss did.

In 2012, Janet retired from teaching mathematics and knew she would be spending more time at the family mountain cabin near Sparta. An avid reader, Janet yearned for a book club to meet like-minded friends. Investigating the situation, she learned that Sparta hosted several. Some book clubs concentrated on a particular genre, some were more formal than she had in mind, and some had a waiting list.

In August 2012, she gathered some friends and started The Blue Ridge Book Club, selecting Sharyn McCrumb’s “The Song Catcher” as their first book.

The group continues to meet on the third Friday of each month at the Sparta coffee shop. Book discussions are informal, and afterward there is always lunch and laughter. Depending on the weather and time of year, there can be as many as 20 or as few as four members. Often, innocent coffee drinkers have joined the discussions. Books are chosen by popular vote, and readers lead the discussions. 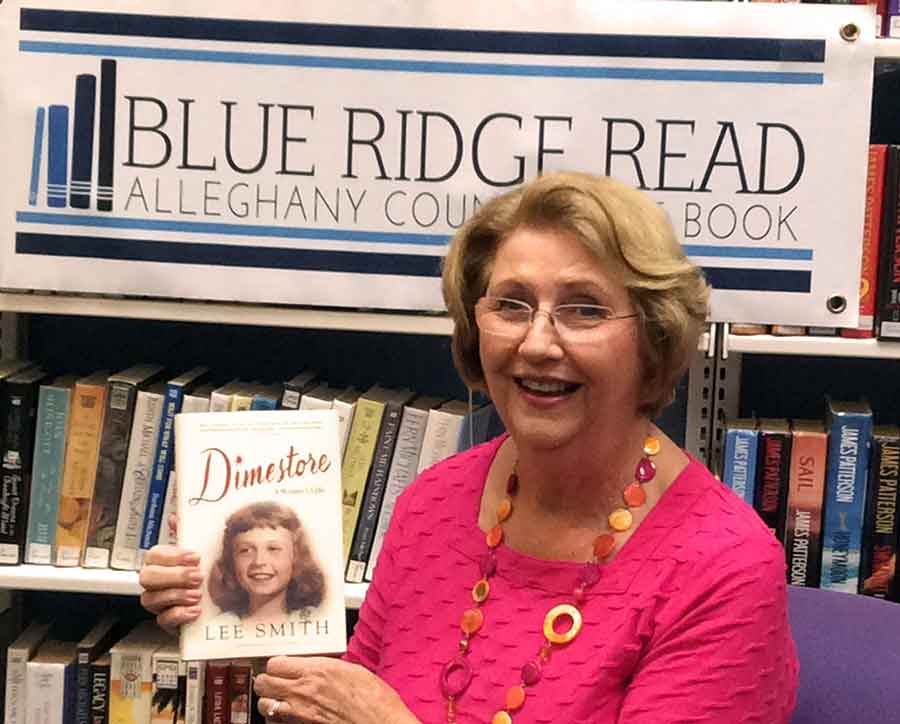 “Newcomers, whether they are full- or part-time residents, are always welcome,” Janet stresses.

With the book club firmly formed, Janet wanted to scale one more ridge in those Blue Ridge Mountains that she loves. She pondered whether Alleghany County was ready to host a community “READ” program with the concept One County, One Book —  the goal being to get residents across the county reading and discussing the same book.

Following the design of the American Library Association, a steering committee was organized for decision making. A partnership was developed with the nonprofit Alleghany Arts Guild for support as well as financial backing. Blue Ridge READ was formed (facebook.com/blueridgeread), and it was decided that any profits made from the first READ would go directly to the Alleghany County Public Library.

Terry Kay’s book “To Dance with the White Dog” was chosen for the initial READ in 2014. More than 270 books were distributed. Kay talked with local teachers, signed books and gave a book talk. The project was a success with community members meeting Kay and enjoying the film version of the book. Highlights of the first READ were a Hispanic discussion group led by a bilingual community member, plus the formation of two new book clubs.

Since this initial endeavor, two more READs have taken place. “Walking Across Egypt” brought author Clyde Edgerton to town. Edgerton sang songs, signed books and read from other writings. Although “Skipping Christmas” did not include a visit from the author, John Grisham, the READ did invoke memories and traditions of Christmases past along with arts and crafts with Mrs. Claus. Many enjoyed the movie version of this book, too.

Lee Smith has been chosen as the visiting author for year four. Close ties to our region helped recruit this Appalachian literary name. The choice of the book was determined by public vote: “Dimestore: A Writer’s Life.” Smith will give a book talk in Sparta on November 10 with a book signing the following day.

Blue Ridge READ tries to involve the public each year through discussions, reading aloud and art projects, with a goal of expanding an appreciation of reading while fostering community. Books are easily accessible and the community responds with donations and volunteer hours.