A Sanctuary for Unwanted Animals

Ann and John Lisk are taking on horses in need 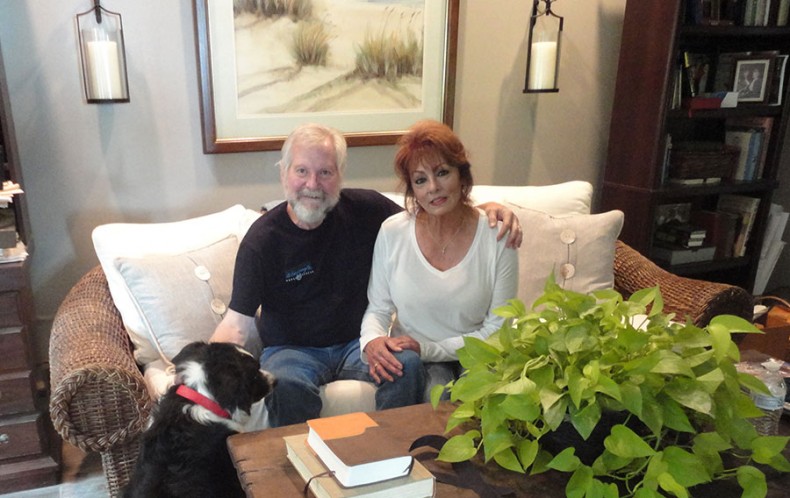 In Glendale Springs, down a long, gravel driveway that feels like it’ll never end, is Southern Sun Farm Sanctuary. Surrounded by lush pasture, volunteers come and go, horses graze, and a dog named Raleigh trails Ann and John Lisk, Blue Ridge Energy members and the sanctuary’s owners. One would never know this picturesque horse sanctuary started from a place of great pain, or that the animals that find their way here have all but given up.

The Lisks have always loved animals, and much of their lives have been spent in service to them. Ann was on the board of directors of the Humane Society of Greater Miami, where John was executive director. Their daughter, Kasey, had an almost “supernatural” relationship with animals, according to Ann—they flocked to Kasey. She had a knack for finding them when they were most in need. 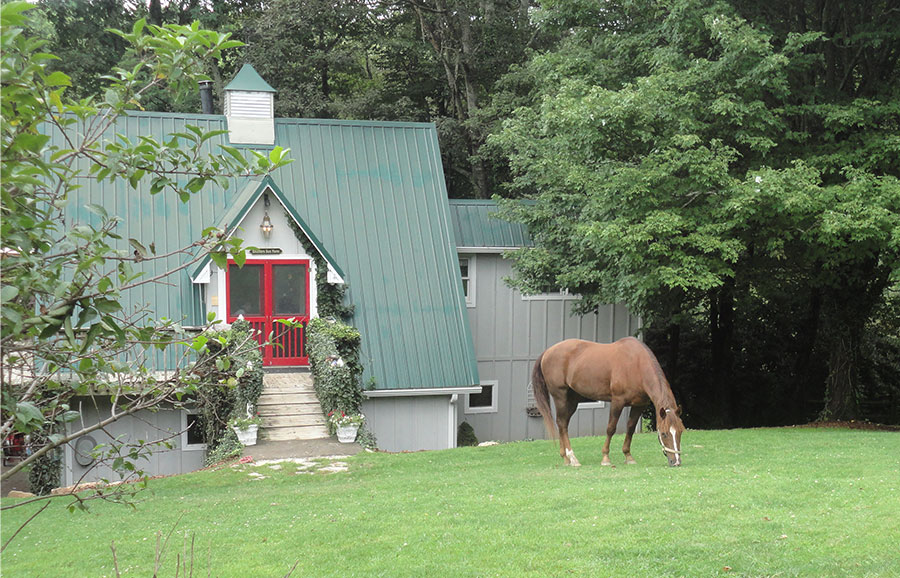 Horse pellets brought Dusty back from an emaciated state; missing teeth prevented him from grazing.

When Kasey was growing up, the family split its time between Miami and the mountaintop vacation home that would eventually become Southern Sun. In 1996, during one of these family trips, 15-year-old Kasey went on a hike with her beloved Golden Retriever. The dog made a mad dash toward a stream. Unbeknownst to him, it was a 100-foot drop down. Kasey instinctively reached out for him, and they both fell. Beau survived, Kasey did not.

The summer after the couple lost their daughter, Ann said she felt the overwhelming urge to begin riding horses again.

“During the day, it was high heels and sparkly dresses and meetings with funders. At the end of the day, I just needed to decompress,” Ann remembers. “I’d put on my jeans and my boots, drive 15 miles west and ride.”

Eventually, the couple moved to North Carolina full-time and started on what John described as their “strange and beautiful path.” The Lisks informally ran the sanctuary for years before John surprised Ann for her birthday by incorporating the farm into a nonprofit in 2012. The organization only had one real rule: Take the animals no one else wants.
“Kasey’s philosophy with animals was that you took the one least likely to get a home anywhere else,” Ann says. “We didn’t have perfect Christmas card kitties. We had the ugly ones with mange that were skinny and scrawny. So, that’s what we do. We take the animals that can’t find a home.”

This is how the sanctuary comes to acquire animals like Dusty, a retired rodeo horse that arrived at the sanctuary emaciated, the day he was supposed to be put down. Or Molly Mae, a 20-year-old, “three-legged” donkey. She actually has all four of her legs, but one is pitched, permanently raised about six inches from the ground.

“What these animals teach us is that they just don’t spend a lot of time feeling sorry for themselves. They just get up and learn to move on,” Ann says. “It’s a lesson for us all.”

"So, that’s what we do. We take the animals that can’t find a home."

There is never a shortage of animals in need. The Animal Legal Defense Fund’s 2017 status report ranked North Carolina as 33rd in the nation for its animal cruelty laws. A bulk of the calls John and Ann get about animals aren’t the result of malicious abuse, but rather a lack of education about how to properly care for large equines. Currently, the sanctuary cares for 18 animals from 10 counties around the state.

The sanctuary runs solely on volunteer labor, but it desperately needs additional resources. Currently, Southern Sun Farm is fundraising for a nine-stall rescue barn, and the sanctuary needs a tractor — badly. During the winter, John and Ann brave the snow and push 700-pound hay bales off the back of trucks on their own.

“These animals come to us with no expectations of anything,” John says. “To be fed normally, vetted, groomed, brushed, these are often the first acts of human kindness they’ve had in a long, long time.”

Southern Sun Farm Sanctuary is the only NC horse rescue in the State Employees Combined Campaign (SECC). State employees interested in donating through the SECC can do so using Code 3959. Visit ncsecc.org for more information.

“This work is so rewarding,” John says. “We just want to keep doing what we’re doing, and the SECC campaign is an enormous opportunity for us. Every little bit helps.”

Others can contribute to the Rescue Barn Campaign or the Tractor Fundraiser. Visit southernsunfarm.com for more information.