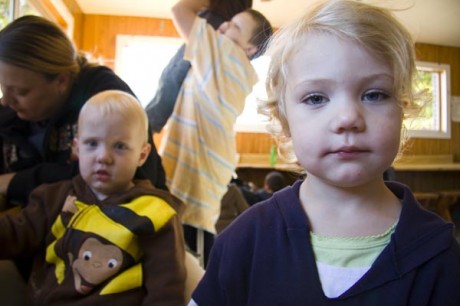 Fairgrove Family Resource Center's lobby is full of people waiting for food. The problem is its freezers are empty. "Look at this," Terri Nelson says, gesturing emphatically toward a small box. It contains a meat biscuit, a pizza, frozen blueberry waffles, hamburger, all told, eight food items. It looks like it would feed one person for about five days. But Nelson, the center's executive director, explains little boxes like this have to go to families of four now. Families who can't come back for at least one month.

It wasn't always like this. When she first started in 2002, the Thomasville center fed 50-60 people a month. In contrast, this past August the center helped 1,277 people, Nelson says. Couple that with the fact that restrictions have sliced in half what she can get from the area's food bank and you see the problem. Both here and across North Carolina, more people are hungry but there's not enough food to feed them.

Lexington resident Alice Guntor, a client at Fairgrove, says she's never had to seek help for food before, but has been unable to find a job and was also robbed last April. She says she lives in a small trailer, but her son's medications cost a lot and she can't afford food after paying for other bills such as rent, the phone and car insurance. She's lost 25 pounds because "I have had nothing to eat. I've had nothing but crackers. I don't know from one day to next about it."

The reality of hunger is shocking when it comes to children. All too often, when people think of hunger they picture Third World children with swollen bellies, far, far away. But according to a 2010 Hunger in America study, one in five North Carolina children under 18 years of age goes hungry. For children under the age of 5, not yet under the radar of school lunch and backpack programs, one in four goes hungry. In fact, the study reports that North Carolina tied with Louisiana for last place in the nation for the highest percentage of hungry children under age 5.

A child needs food to develop normally. And, as any experienced school teacher will tell you, hungry kids have a harder time focusing. But it cuts deeper than that: they have more behavioral and emotional problems, are sick more, have higher rates of aggression, and are more likely to repeat grades. The report "Child Food Insecurity: The Economic Impact On Our Nation" takes it further by detailing the poor effect hunger has on our work force. Hungry children become less-sufficient adults, contributing to higher health costs and greater absenteeism in the work place.

Today's bad economy, lack of jobs, rising health costs and higher household bills all contribute to more people being hungry. Today, it could be that quiet little girl at your son's bus stop, that sullen boy in the classroom, that unruly toddler in the aisle at your grocery store, as well as their fathers and mothers, who are hungry, and you'd never know. They are kids and adults who are hungry every day, or who eat sporadically, not knowing where their next meal is coming from. They are kids and adults who eat just enough to fool everyone.

The hunger problem "has widened to include the well-dressed person you know," says Christy Simmons, public relations manager at the Food Bank of Central & Eastern North Carolina. "Life happens to us all — divorce, major illness, job loss — and can change your financial status almost overnight."

For Edwina Williams, who has a B.A. in psychology, food from Anointed One Ministries of Ayden helped keep her two daughters, Angel, 11, and Joy, 6, fed when her two-income household dropped to one. Although her husband, Terrance, works for the Pitt County school system, she only recently landed a job after a hard search. And the family faced other challenges, such as when Joy had major kidney surgery. "Food was so expensive I ended up coming here," Edwina said. "I can remember when a dozen eggs was 88 cents and now those eggs are $3. We needed food in the house."

Like Terri Nelson at Fairgrove, executive director Sharon Osborne at Caldwell County Yokefellow has trouble keeping its Lenoir pantry stocked. She says one reason is that more households are combining now to share expenses. "It's not unusual to see a grandparent, married children and an aunt together. So, instead of providing food for a family of four, it might be a family of six now."

Osborne says she is very appreciative of community support, including past aid from Blue Ridge Electric's member programs. "Those co-op members that contribute to the Round Up Fund and Members Foundation need to know their dollars have a face at Yokefellow," she says, referring to programs that North Carolina's electric co-ops like Blue Ridge Electric have in place to help those struggling in the local communities the co-ops serve.

Sharon Osborne reminds us that people can help through food drives, large and small. "It's very easy for a small office, for a congregation. They can sit out a storage tub out and collect food once a month." Edwina Williams reminds us there are many more people out there who don't seek help because of pride. And Christy Simmons reminds us that people can help more than they might think: "At a time in our economy when many donors feel that they can no longer donate to a charity, we say, it doesn't take much. The change that's in your cup holder could feed a family of four." 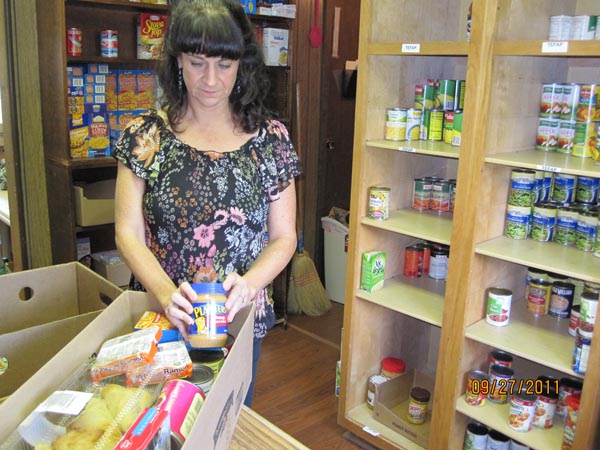 If you are donating food, Nelson (right) reminds that family-sized items are cost-effective and feed more people than single-serving items. Needed items include: 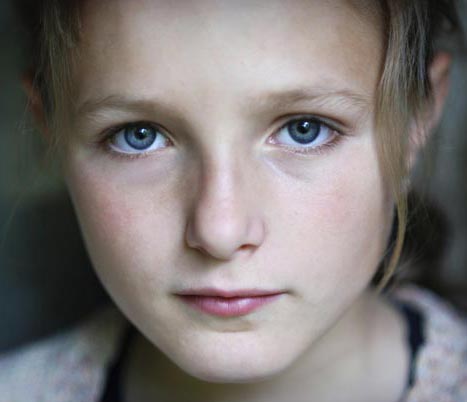 To fight childhood hunger, the North Carolina Pork Council (NCPC) and the North Carolina Association of Feeding America Food Banks have launched a multi-pronged campaign called The Food Effect. People can learn more myth-busting facts and donate money and time to a North Carolina food bank of their choice at its one-stop website.

The Pork Council, which provided the campaign's seed money, has a history with food banks and organizations that help children, such as 4-H. To boost child hunger awareness, it is leveraging its relationships with food, consumer and political communities, as well as posting unifying messages on Facebook and Twitter, spreading the word at events such as Wolfpack games and arming its speakers bureau.

The North Carolina Pork Council will be expanding its efforts for The Food Effect in the coming year. "There's not going to be one silver bullet," says Deborah Johnson, the council's CEO. "It's going to take all of us working together to solve this problem." For more, visit www.thefoodeffect.org.

For a list of the banks' phone numbers and websites, visit www.feedingamerica.org and select North Carolina.