Black bears are roaming the farms, communities and wildlands of eastern North Carolina 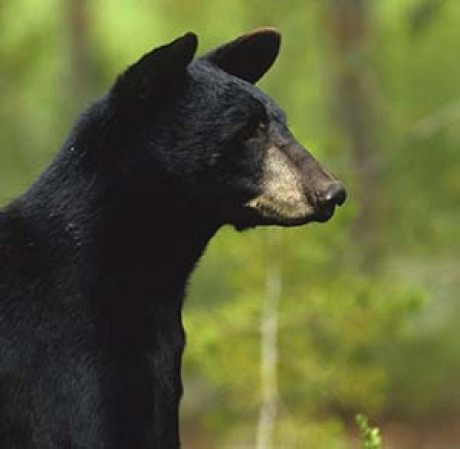 Not long ago, overhunting and loss of habitat sent North Carolina's black bears to the brink of extinction. Bears roamed only in the most remote areas of western and coastal North Carolina. In the 1930s, an effort began to manage wildlife, including black bears, and to enforce wildlife laws. Black bears, the only bear found in the state, are now at an all-time healthy population. Black bears live in 60 percent of the total land area of our state. The abundant food sources in the northeastern parts of North Carolina make those counties especially hospitable to bears.

Doris Morris, who leads tours for the Friends of Pocosin Lakes, says mating season begins in May. She has seen mama bears with as many as three cubs. She says each cub can have a different daddy, as the sow will mate with more than one male during the season.

You've perhaps seen video of bears wandering into towns. Even the city of Raleigh has had some occasional bear visits. While the bear population has increased in North Carolina, it is interesting to note that nature has provided black bears with a unique system of population control.

A female has her first litter of cubs when she is 2 to 11 years old. Whether she has a litter at all depends on whether or not there is plentiful food. Nature has built in a system for bears not provided for most other mammals that prevents them from producing offspring when food is scarce. The process is called delayed implantation. The fertilized egg develops into a small embryo, and then it stops growing for several months. If the female doesn't acquire sufficient weight in those months the embryo will not develop. Her body reabsorbs it. If food is plentiful and the sow has the required weight, the embryo develops and baby bears are born in January or February.

A fed bear is a dead bear

The sow has cubs about every two years if conditions are good. Cubs stay with their mother for about 18 months. The bears we see wandering into human subdivisions are often those young bears who are looking for territory of their own and for a mate. They are just passing through, and the best way to handle them is to let them be.

Don't leave pet food or garbage where they can get into it and don't harass them. By all means never feed them. Wildlife experts will tell you, "A fed bear is a dead bear." Feeding bears causes them to become nuisances, and sometimes they have to be killed. If left alone, the visiting bear will soon move on.

Black bears are omnivores; they will eat just about anything. Normally their preferred foods consist of nuts, acorns, fruits and berries, and insects. They eat meat and grasses or other rough vegetation only when their favorite foods are not available. In the farming country of northeast North Carolina, black bears have adapted their tastes to corn, soybeans and peanuts.

Most farmers have learned to live with the bears in spite of their foraging in their fields. Hunting helps control the numbers of bears damaging crops. 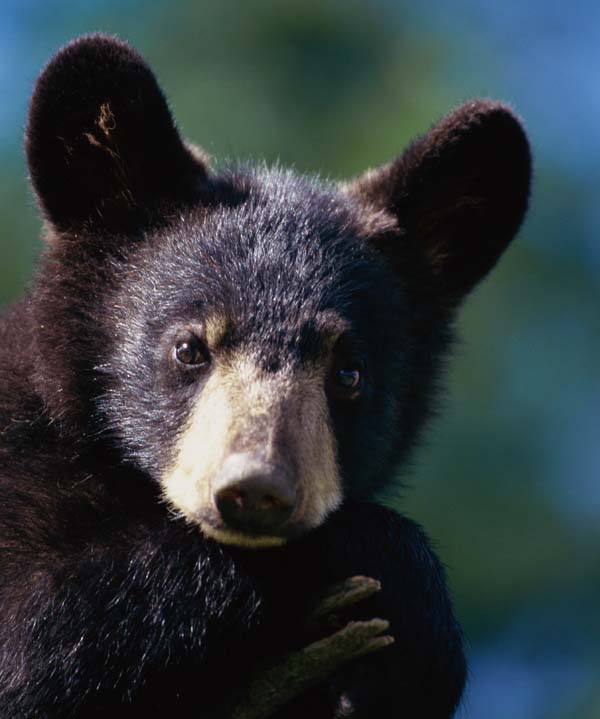 Gail Harrison Hodges' family has farmed in Washington County since the 1920s. In the beginning, her father had only a few acres of corn, and a bear family in his corn was a real financial blow. In those early days, traps controlled bears that damaged crops. In those days, Gail says, "When my Dad trapped or shot a bear, we ate it, as we did anything Daddy hunted or killed."

Gail says her brother who now farms the family land feels more protective of the bears, understanding that humans have encroached into what was once the bears' territory. "You used to have to go to the woods to see them," Gail says. "Now they are in our backyards, which used to be their homes."

Jess Spruill, who also farms in Washington County, says bears can have a financial impact on both corn and soybeans in his operation. Bears will eat the corn ears when they reach full maturity and graze on newly emerged soybeans. Jess watches for the bears and tries to run them out of the soybeans. Once the beans mature, the bears do not seem as attracted to them. Bears are harder to spot in the tall corn. Jess says it is very common to lose up to 40 yards from the woods of any harvestable crop.

Recently, Jess Spruill has encountered another problem — bears vandalizing cotton bales. "The biggest new problem with the bears is in regard to the new self-baling cotton pickers. The bears are very interested in the plastic-wrapped modules. Some say they like the glue in the wrap. Whatever the case, during their inspection of the bales their claws pop holes in the plastic and the compression of the lint inside causes an explosion, leaving a busted bale and cotton all over the ground." He says once a bear pops a bale the first time, he is likely to do it over and over until the field is empty of the modules.

Bears typically roam from daybreak until dusk. Their territory ranges from one to two miles for young bears and up to eight to 15 miles for adult males. Females range two to six miles. There are records of bears traveling up to 126 miles.

If not killed, black bears can live up to 33 years. According to "Bear Facts," published by the North American Bear Center, very few black bears outside of those in national parks die of natural causes. Most are shot or hit by motor vehicles. The average age of bears killed by hunters is 3 to 5 years old. Young bears sometimes die of starvation and accidental causes; seldom do bears die of disease.

Black bears are rather quiet animals, but do have a range of sounds. They grunt as they look for food. They make a low blowing sound and clack their teeth when afraid. It is reported they make almost human-like sounds that indicate pleasure or sometimes fear. Cubs on the other hand can put out quite a racket, bawling like a baby when they are upset.

Bears are not particularly aggressive as long as people exercise good common sense, as they should with any wild animal. While bears are not prone to attack unless provoked, who can say what might provoke a bear? Observe from a distance and do not harass a bear by following or crowding it. The National Park Service in the Great Smoky Mountains recommends keeping at least 150 feet between you and the bear.

Check for tours and sightings at Alligator River National Wildlife Refuge. fws.gov/alligatorriver or alligatorriver@fws.gov or (252) 473-1131

Friends of Pocosin Lakes National Wildlife Refuge in cooperation with the Pocosin Lakes National Wildlife Refuge conducts periodic wildlife and bear tours, which last about three hours. Visitors ride in an air-conditioned passenger van through the refuge and are encouraged to bring their cameras along. Pre-registration for reservations is required. Contact: Doris Morris doris.morris@noolf.com

Bear hunting seasons (October–December) vary by county. The N.C. Wildlife Resources Commission has the seasons, limits and other regulations on their website: www.ncwildlife.org

Donna Campbell Smith is a Carolina Country contributing writer who lives in Franklin County. She is a member of Wake Electric. Learn about her at donnacampbellsmith.com