An energy-efficient system with long-term payoffs

By Pat Keegan and Amy Wheeless 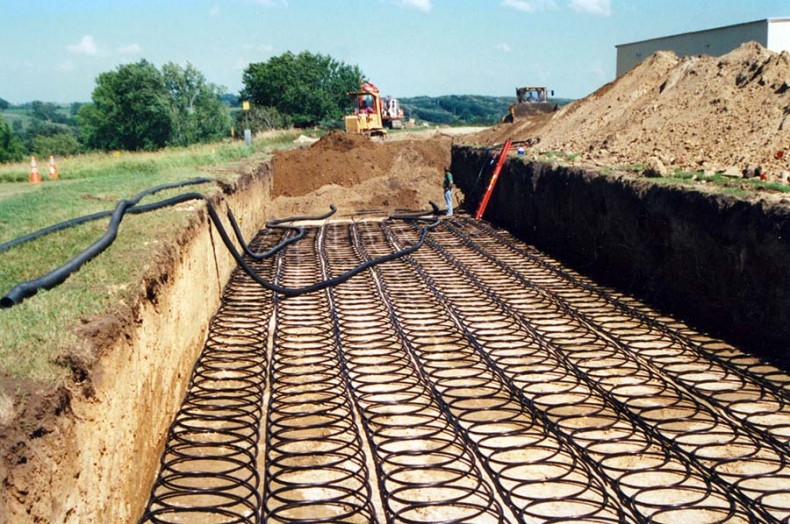 A horizontal loop field can be less expensive than vertical drilling, but requires more space, as shown at this larger installation at an electric co-op.

Even when it is extremely hot or cold outside, the temperature a few feet below the ground’s surface remains relatively moderate. A geothermal heat pump system uses this constant ground temperature to help heat and cool your home. 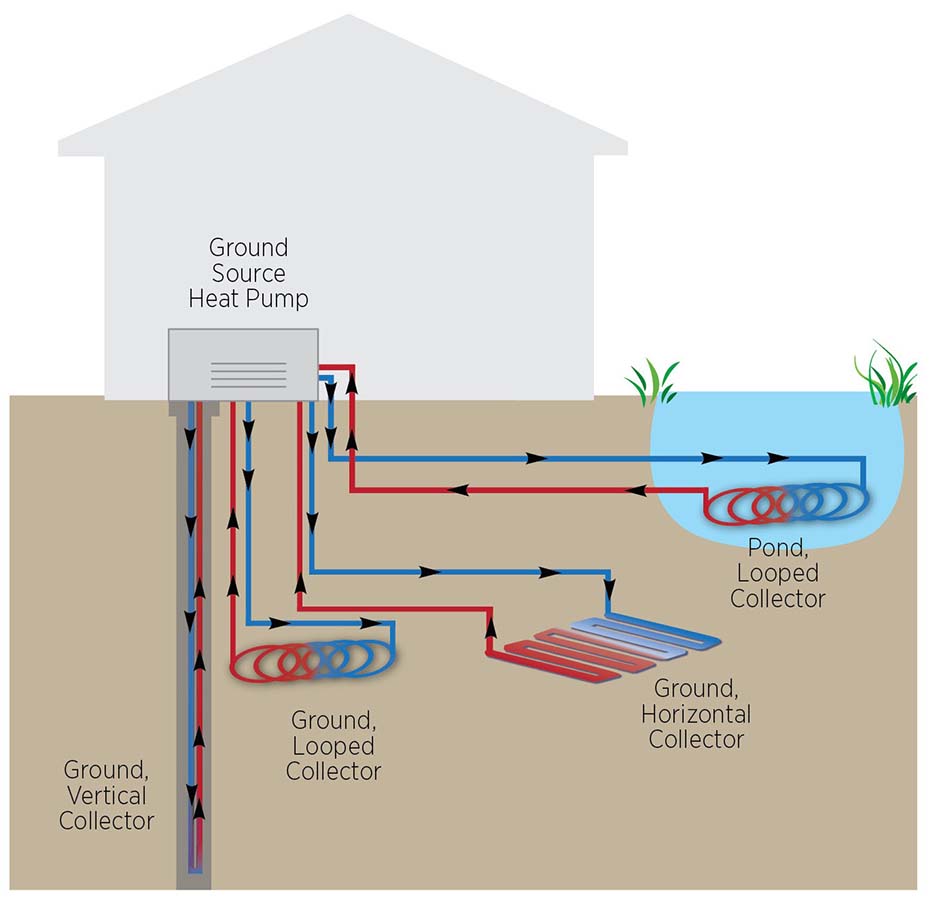 A geothermal heat pump can have many different connections to the ground.

During the winter, the collector absorbs the stored ground heat and the liquid carries that heat to the heat pump, which concentrates it and blows it into the ductwork, warming your home. In the summer, the heat pump extracts heat from the home and transfers it to the cooler ground.

The collector that exchanges heating and cooling with the ground can be set up in one of three main ways:

Geothermal systems typically cost more than other heating systems, largely because of the collector and the digging or drilling, but their high efficiency can reduce payback time. The cost will vary based on whether new ductwork is needed and the type of collector you install, among other factors.

The North Carolina Renewable Energy Tax Credit, which included geothermal systems, expired in 2015. Currently, no such state tax credit is in place. However, there is a 30 percent federal tax credit for installing an Energy Star-rated system before the end of 2016. So if your system and installation cost $20,000, you could take $6,000 off your federal tax bill. Check with your electric co-ops for other potential rebate or financing options.

For those with high heating and cooling bills who are in the position to make a long-term investment in their home, a geothermal system is a good option to consider. And those building new homes should consider at the outset whether to install a geothermal heat pump. With new construction, the system can be included in the mortgage.

Talk with a qualified energy auditor, who can help you evaluate your options.

This column was co-written by Pat Keegan and Amy Wheeless of Collaborative Efficiency. For more information on geothermal heat pumps, visit collaborativeefficiency.com/energytips.