Did they outlaw the 100-watt light bulb? 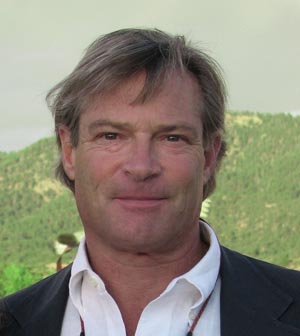 What happened to the old-fashioned 100-watt incandescent light bulb on Jan. 1? Did Congress outlaw it?

The answer is no.

In 2007, with support from the Bush Administration and the lighting industry, Congress enacted the Energy Independence and Security Act. Among other things, the legislation mandated that as of Jan. 1, 2012, the 100-watt light bulb must be 30 percent more efficient than older models. The same legislation affects the efficiency of 75-, 60- and 40-watt bulbs beginning in January 2013 and January 2014. The measures are intended to raise energy-efficiency standards so that Americans can save an estimated $6 billion to $10 billion in lighting costs annually.

The new light bulb standards are similar to government-enacted standards regulating vehicle fuel efficiency — which first took effect in 1975 — and since 1980, the U.S. Big Three automakers have increased their fleets' average fuel efficiency by 4.1 miles per gallon, according to federal statistics. Likewise, 1980s efficiency standards on refrigerators resulted in new models that today consume about a third of the energy they did in the mid-1970s.

The new rules require light bulb packaging to describe the light value and energy requirements of bulbs of all kinds, except the 100-watt incandescents.

A flurry of opposition to the efficiency standard arose during the second half of 2011 when some people — including influential members of Congress and talk radio personalities — decried it as unnecessary government regulation and intrusion into the lives of the American marketplace and households. In fact, as Congress scurried to pass a spending bill in mid-December, House Republicans succeeded in tacking on a provision that prevents the Department of Energy (DOE) from enforcing the 100-watt efficiency standard until October of this year.

For practical purposes, the mandated delay in enforcement will have little or no effect. The American Lighting Association in January said that light bulb manufacturers for four years have been gearing up for the change, and that Americans will quickly see new, more efficient bulbs on store shelves, including incandescent bulbs.

A statement from the National Resources Defense Council, which supported the efficiency measure, said, "Incandescent light bulbs are not going away due to the standard, they are just getting better."

Electric co-ops consistently point out to their consumer-members that there are energy-saving alternatives to the incandescent bulb. Alternatives include compact fluorescent lamps (CFLs), which use about 75 percent less energy and last six times longer than equivalent incandescent bulbs. Although they cost more up front, CFLs typically pay for themselves in electricity savings in about six months, according to DOE. Increasingly, CFLs are available in styles that resemble traditional bulbs and can work with dimmers and 3-way switches. While they do contain a minute amount of mercury, the mercury is not an issue unless CFLs break. Co-ops inform members how to clean up a broken bulb and dispose of spent ones. Also, light-emitting diode bulbs (LEDs), as were seen in many Christmas light displays this season, are fast coming onto the market and use 75 percent less energy and last 25 times longer than equivalent incandescents.

What about the heat?

Last fall, Wake EMC member Steve Barrow of Kittrell worried that a phase-out of traditional 100-watt bulbs would affect his use of them to keep water pipes from freezing and to warm his chicken coop. (As much as 90 percent of the energy released by incandescent bulbs is in the form of heat.) As it happens, the new light bulb standards exempt certain kinds of bulbs which could be used for heating. According to DOE, exemptions include the following lamps: appliance, black light, bug, infrared, left-hand thread, marine, plant light, reflector and 3-way incandescent.

For more information about your options in light bulbs, contact your electric cooperative or visit www.energysavers.gov