He worked for us - Carolina Country
First Person
February 2013

He worked for us 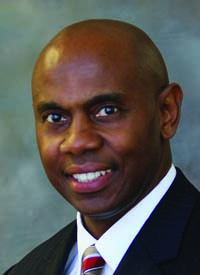 This month we bid farewell to Glenn English, who has steered the National Association of Electric Cooperatives as its CEO for the past 19 years. As North Carolina's elected representative to the NRECA board of directors since 2007, I have had the privilege of working with Glenn, and I can say without a doubt that we will miss him.

Member-owned electric utilities across the nation are strong today largely because of the devotion and perseverance that Glenn English brought to his job. Raised and educated in rural western Oklahoma, Glenn learned early on how cooperatives operate solely for their members and their communities. Guided by his understanding that cooperatives work best by working together, Glenn effectively led this organization of some 900 cooperatives — all with their own independent spirits — across 47 states.

Glenn never lost sight of the fact that we work for members — more than 42 million households and businesses — who entrust us with the task of supplying them with safe, reliable, affordable electric power. In every one of the 228 months he has served as NRECA's chief, he reminded us of his credo "Consumers First," to listen to our members, engage them in our business, and do our part to enrich their lives and communities. He knew that maintaining the confidence and trust of our members is the key to healthy, successful electric cooperatives. 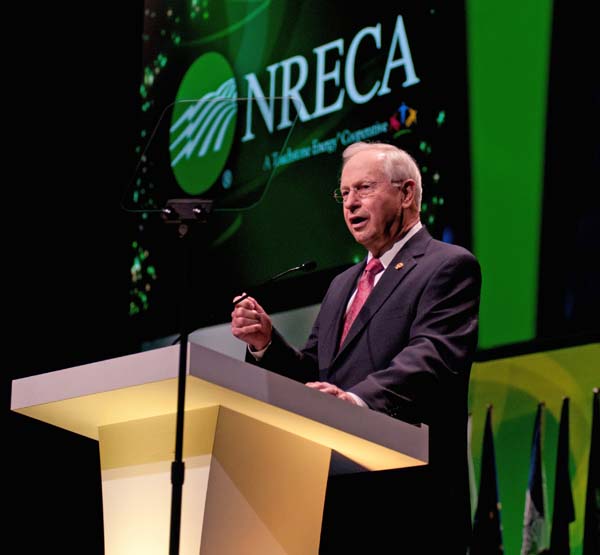 For many years, NRECA has been one of the most respected and effective associations in the nation's capital. Soon after his appointment as CEO, Glenn guided the association's move from its Washington, D.C., offices to new, energy-efficient quarters across the river in Arlington, Va. From there he supervised a staff and led a board that continually impressed members in Congress, policymakers, agency heads and opinion-makers of all stripes. When electric co-op board members and staffs visit Washington — often 3,000 at a time — people welcome us and pay attention.

As an Oklahoma Congressman from 1975 until 1994, known as a conservative Democrat, Glenn was respected because he worked for his constituents and across party lines. At NRECA, maneuvering through what sometimes could seem like political quicksand, Glenn would say, "It's up to us to do what's right." He kept the momentum, made progress and got things done. At NRECA, he developed an "Electric Energy Consumer Bill of Rights," expanded communication to members, introduced the widely-recognized Touchstone Energy brand, and championed rural economic development. His vision led to reorganizing the federal Rural Electrification Administration into today's strong, effective, helpful Rural Utilities Service. More recently, he directed a revamping of NRECA's resolution process into one that truly produces understandable policies developed democratically at the local level.

The NRECA board recently selected Jo Ann Emerson, a Republican Congresswoman from Missouri, to succeed Glenn. We are impressed with her knowledge of the issues affecting cooperatives, her work over 16 years in Congress and prior work as a trade association executive, and especially by her passion for working on behalf of rural Americans. We truly look forward to a new era with Jo Ann Emerson.

Meantime, we wish Glenn and Jan English all the best as they retire to South Carolina.