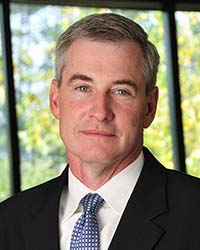 Like everyone else in the energy business, the nation's electric cooperatives in early June paid close attention to the Obama Administration's announcement of proposed regulations on existing power plants. As part of the President's Climate Action Plan, the U.S. Environmental Protection Agency (EPA) proposed the first-ever carbon pollution guidelines for existing fossil-fuel power plants. Our concern comes from the same place it always does: What impact will these regulations have on the rates our members pay for electricity?

The EPA's regulations are intended to help meet a goal of reducing by 30 percent the nation's production of greenhouse gas emissions, such as carbon dioxide, by 2030. While fossil fuel-powered vehicles also contribute to these emissions, coal-fueled electric power plants contribute about 40 percent and are in the crosshairs of the proposed EPA regulations.

Although the level of carbon emissions has been declining — due in large part to the increased use of natural gas to fuel power plants — the ambitious target of a 30 percent reduction in 15 years borders on the unrealistic. While our industry, and cooperatives in particular, are already developing and testing technology that can burn coal more cleanly, what is technically feasible is not yet commercially viable. Yet, viable options do exist: improve the efficiency of existing facilities with emission control technologies, build new nuclear or natural gas plants, and add energy efficiency and renewable resources to the mix. Regardless, building new plants and deploying new technology will add to the cost of compliance.

In North Carolina, closing coal-fueled generating plants to comply with these regulations is quite likely. That generating capacity will need to be replaced with new, more expensive facilities. New emissions regulations also mean a complex, lengthy permitting and construction process, which could delay bringing new plants online.

Electric cooperatives will be engaged during the comment period for these regulations. The Obama Administration has asked for the rules to be finalized by June 2015 and for states to offer their implementation plans a year later. EPA has given each state a target. North Carolina's target is to decrease emissions 39 percent by 2030. We do applaud the EPA for allowing states flexibility in meeting these goals, but this aggressive target will be very expensive to achieve.

It will take months for us to pore through the regulations, get a sense of their economic impact, and work with the state to develop a plan. Throughout the process our commitment will remain: keep costs down and maintain reliability.

Investing in new power plant technology is not the only major cost facing the industry. We're also investing in renewable energy, improved distribution technology, cyber security, and in upgrading transmission systems and the grid in general. At the same time, we supply member-consumers with energy-efficiency systems and information. Energy efficiency does carry a cost, but it goes a long way toward mitigating cost increases in other areas.

For more than 75 years, electric cooperatives have been planning and operating safe, efficient electricity delivery systems. We know the business in all its complexity. Your cooperatives are confident that there is a balanced way to protect and improve the environment, while protecting and improving our way of providing safe, reliable and affordable electricity. We ask EPA and the state to listen.

Joe Brannan is CEO of the North Carolina Electric Membership Corp., the power supply cooperative based in Raleigh and owned by 25 of the state’s electric cooperatives.