Reliability of the electric grid is critical 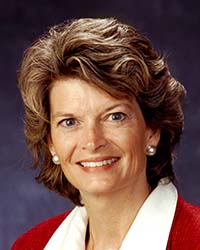 No other electricity network on Earth provides as much power to as many people as reliably and affordably as the American grid. But keeping the lights on is a highly complex undertaking.

Diversity is the key characteristic of the U.S. electric system. No single source provides a majority of the nation's power and each makes a distinct contribution to electric generation: coal (37 percent); natural gas (30 percent); nuclear (19 percent); hydropower (6.8 percent); and other renewables (5.4 percent).

The energy mix that sustains the grid is changing. Coal has been the leading fuel source for decades, but its use has fallen as natural gas use has increased. The use of renewable resources is also increasing, with wind and solar adding record levels of new capacity in 2012. The U.S. Energy Information Administration predicts these resources, combined with other renewables, including hydropower, will reach the same market penetration (16 percent) as nuclear by 2040.

Maintaining the stability of the electric grid as coal and nuclear baseload plants come offline as a result of both market forces and regulatory constraints, while managing an increasingly variable energy mix, is the central challenge to ensuring reliability.

Will tomorrow's grid be less reliable?

In recent years, the electric industry has invested significant resources to address both physical and cyber security threats and vulnerabilities.

This winter's polar vortex resulted in at least 50,000 megawatts of power outages and should serve as a wake-up call to the importance of baseload capacity in maintaining grid reliability. During this weather event, nuclear plants operated at over 90 percent capacity and one key system was forced to call upon 89 percent of the coal capacity slated for retirement next year. Our reliance on installed, dispatchable power generation during extreme weather demonstrates why diversity of baseload capacity and robust transmission and distribution systems are necessary to secure grid reliability.

The impact of new emissions regulations on power plants, as proposed by the U.S. Environmental Protection Agency, coupled with federal government preferences and subsidies for power generation and use, must be taken into consideration. While EPA has failed to analyze the cumulative impact of its rules, government estimates predict 10 to 20 percent of existing coal capacity could be retired by the middle of the next decade. While these should be recognized as red flags, the federal government continues to give short shrift to the potential consequences of its rules and regulations — thereby increasing impacts to the nation's electric reliability.

To stay informed on this and related issues go to NCAction.coop

Federal regulators and legislators must recognize the importance of maintaining and improving the grid's reliability, affordability and environmental performance in balance. To that end, policymakers must understand the impact of government requirements on baseload capacity and grid reliability. At a minimum, federal agencies must formally review and recognize the realistic and predictable consequences of their regulatory actions with the dual goal of prevention and mitigation.

Sen. Lisa Murkowski (R-Alaska) is the ranking member of the Senate Energy and Natural Resources Committee. The senior senator from Alaska in 2013 received the Distinguished Service Award from the National Rural Electric Cooperative Association for her outstanding support for rural electrification and public power.