Toward a secure, clean and affordable energy future 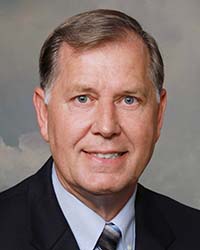 When President Obama in June outlined his new Climate Action Plan, we paid close attention to see not only how it squares with his administration's overall energy strategy but also how it may affect what we're doing as electric cooperatives.

Regarding the climate, North Carolina's electric cooperatives look forward to working with all interested parties to establish reasonable, balanced and affordable solutions to reduce carbon emissions. Here in North Carolina, we are ahead of the game in reducing emissions. The electric cooperatives have a well-balanced energy portfolio, with the greatest proportion (56 percent) coming from emission-free nuclear generation. The cooperatives have further moved the needle on emission reduction through our efforts to increase the use of natural gas, integration of renewable energy sources, grid modernization for greater efficiency, and more action on energy efficiency initiatives.

Regarding overall energy policy, we agree with the Obama administration's plans announced in March 2012 when the President said: "We need an energy strategy for the future — an all-of-the-above strategy for the 21st century that develops every source of American-made energy."

The administration's encouragement of expanding safe nuclear technology to generate energy has been a step toward a more secure energy future. North Carolina's electric cooperatives are proud of our investment in nuclear power: We own 61.5 percent of Catawba Nuclear Station Unit 1, and a 30.76 percent interest in the common facilities of the Catawba station in York County, S.C.—one of the most efficient base load generation facilities in the U.S., operated by Duke Energy.

More fuel-efficient vehicles are another advance toward a cleaner environment. Burning fossil fuels to make electricity is not the only contributor to carbon emissions.

And developing technology that can turn coal — our nation's most abundant energy source — into electricity in a manner that does not produce excessive emissions also has made strides. The President in June supported policies that would invest in these technologies, which cooperatives have been doing for years. He also acknowledged that new environmental standards will "provide flexibility to different states with different needs and build on the leadership that many states and cities and companies have already shown." North Carolina and its cooperatives are part of that leadership.

Preserving a clean environment is important to us and future generations, but so is economic stability. We have integrated a balanced approach in our energy mix, and we have done it without federal mandates. As long as government allows us to continue applying a common sense approach to energy production, supply and consumption, we can secure America's energy future while protecting the environment and keeping electricity prices affordable.

Mitchell Keel is CEO of Four County Electric, the Touchstone Energy cooperative that serves more than 32,000 member accounts in Bladen, Duplin, Pender, Sampson and parts of Columbus and Onslow counties. He also is president of North Carolina Electric Membership Corp., the power supply organization owned by the state’s electric cooperatives.