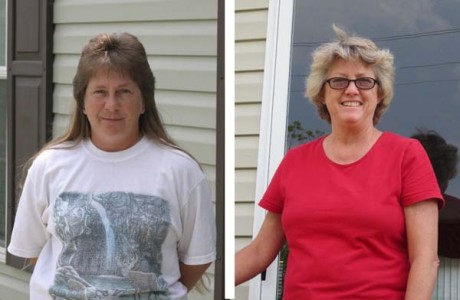 Teresa Lengner of Columbus County and Beverly Summerlin of Sampson County are pleased with energy savings at their new manufactured homes.

In a study by Systems Building Research Alliance, the Lengner family of Chadbourn and the Summerlin family of Turkey each have seen lower energy bills since purchasing their homes more than two years ago.

Teresa Lengner, a member of the Brunswick EMC co-op, said her family chose an Energy Star home from Clayton Homes because it's "better for the planet" and could reduce energy costs. And that it has. Her power bills are much lower in her new 1,568-square-foot home than in her previous, smaller doublewide home.

The Lengners took extra steps to conserve energy, including using compact fluorescent light bulbs, or CFLs, in all the light fixtures. CFLs use about 75 percent less energy than a traditional incandescent bulb and produce about 75 percent less heat. The family of three also lowers the thermostat setting at night in winter and raises it in summer when no one is home. They turn off lights when they're not in use, keep blinds closed on the sunny side of the house in summer and use ceiling fans to help distribute cool air inside. In summer, the Lengners avoid heating up the house with the kitchen oven, opting instead to grill outdoors or use a slow cooker. They also outfitted their new home with an Energy Star-labeled washer, dryer and televisions.

When deciding to upgrade from their small, 20-year-old doublewide home, Beverly and Larry Summerlin, Four County Electric members, opted for an Energy Star home from Vision Homes of Fayetteville. The power bills for their new 1,792-square-foot home are less than half of what they were in their previous home, for a savings of more than $165 per month. To further save energy, the Summerlins turn off lights and unplug appliances and devices when they're not in use, and have installed CFLs in most of the light fixtures.

Systems Building Research Alliance worked with GreenCo Solutions, the energy efficiency and renewable resources initiative owned by North Carolina electric cooperatives, on the "NC Plus Program for Energy Star Homes," which provided a $1,500 rebate to buyers of new Energy Star manufactured homes. The rebate program was sponsored, in part, by the N.C. Energy Office with funds from the 2009 American Recovery and Reinvestment Act. The program also was supported by the North Carolina Manufactured and Modular Homebuilders Association.