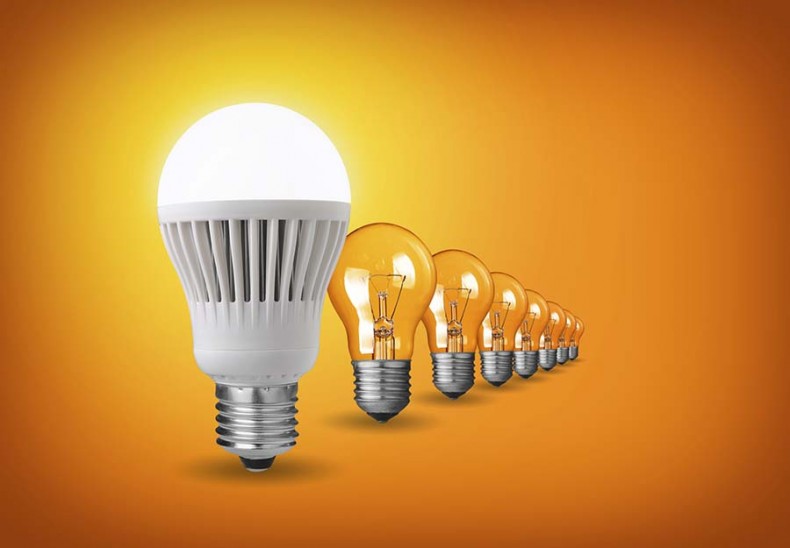 Until fairly recently, homes were lit with a single technology: incandescent lamps. Those days are long gone.

Over the past 20 years, electric co-ops have promoted efficient lighting by adding CFLs (compact fluorescents) to the mix. In 2012, about 30 percent of U.S. residential sockets were filled with CFLs, while incandescents made up the remaining 70 percent. Today, LED (light-emitting diode) bulbs and fixtures are increasingly preferred in many residential and commercial applications for their efficiency, quality of light and compatibility with automatic controls.

LEDs have dramatically improved in performance and dropped in price since the EISA of 2007, which included changes to lighting standards.

Some LEDs are part of a system that allows the user to turn off lamps — or even change their color — via a smartphone app. This makes the LED lamp more of a consumer electronic device than just a light bulb.

LEDs, which are shatter-proof, are essentially computer chips, so they are more difficult to produce than incandescent bulbs. This is one product where cheaper versions often produce a life span and color that is not what the consumer wants. Higher quality LEDs from reputable brands — GE, Phillips, Cree and Sylvania to name a few — have tested well.

However, some fixtures inside the home do not work well with LEDs. Consumers with older dimmer switches often find that they must purchase newer switches to work with the LEDs. Consumers should pick LED lamps that come with a solid warranty in case there is a problem with quality.

While LEDs are still on the cusp of becoming our everyday lighting, there are other technologies in development. Organic Light-Emitting Diodes (OLEDs) are similar to LEDs in that they are solid-state devices that produce light when current passes through them. But unlike LEDs, they are made up of multiple, organic semi-conductive layers that produce diffused light. OLEDs are extremely thin and flexible, which has enabled them to be effectively used in displays, like mobile phone screens and TVs. Manufacturers are developing OLED lighting as well, primarily for decorative architectural panels at this point, although some OLED lamps are available today.