If you haven't yet heard of Putter the Squirrel, you’re welcome — now you can count yourself among the lucky. Fantasy Isle Ice Cream and Mini Golf in Holden Beach, a member of Brunswick Electric, has been frequented by the same ice cream-loving squirrel for the past year, and the tiny patron has recently received international attention. 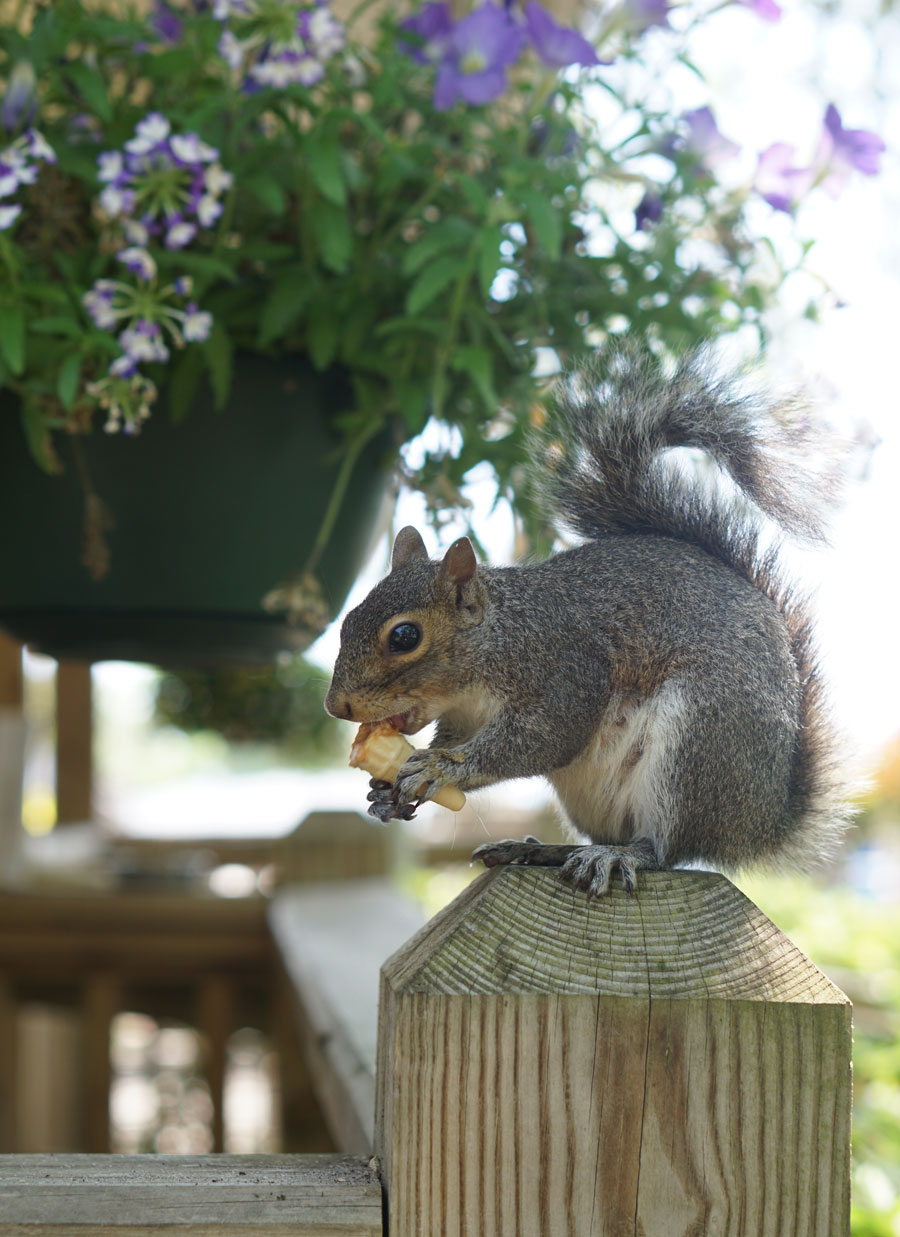 WWAY out of Wilmington first broke news of the squirrel in April, and the story has since swept news cycles worldwide, being featured by the likes of USA Today, The Toronto Sun, the Daily Mail (United Kingdom), the New Zealand Herald, and (somehow) ESPN, among others.

“I think people just wanted a happy story,” said Pam Martin, who owns Fantasy Isle with her husband, Scott. “Putter just happened to be in the right place at the right time to put a smile on people’s faces.” She added that the couple is glad Putter has brought their coastal community international attention.

The North Carolina Wildlife Resources Commission pointed out the risks of feeding wildlife in a Raleigh News & Observer article. But Putter is a happy participant at the mini golf course, interacting with fellow patrons and choosing to settle in: The Martins recently discovered that Putter is a mother, with two babies (no doubt future ice cream lovers) in a nearby tree.