From Our Readers: Member Pride and Blackbirds Taking Flight

March's letters to the editor 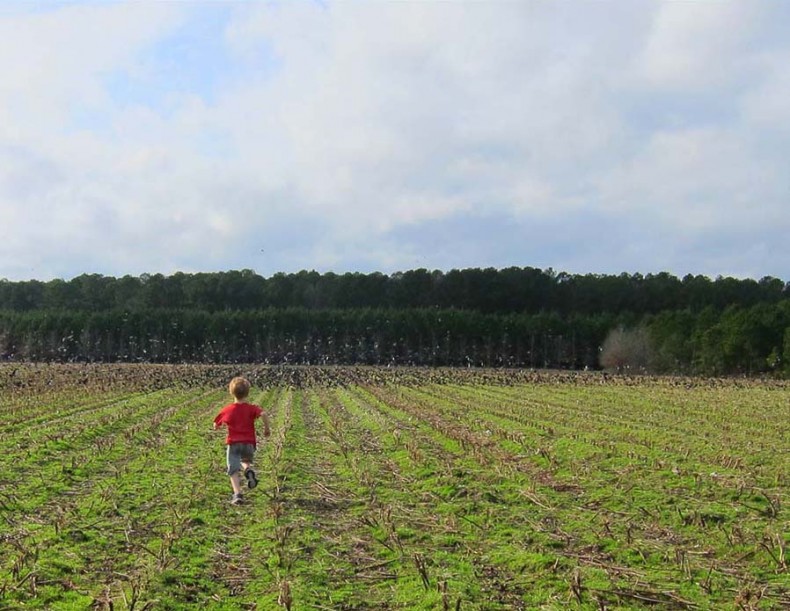 My husband and I were visiting my daughter and her family in December 2015. What a blessing it was on that warm day to find that the red wing blackbirds were migrating through Ahoskie! It was quite a sight to see my 4-year-old grandson chase the thousands of birds in the cotton fields surrounding their home! 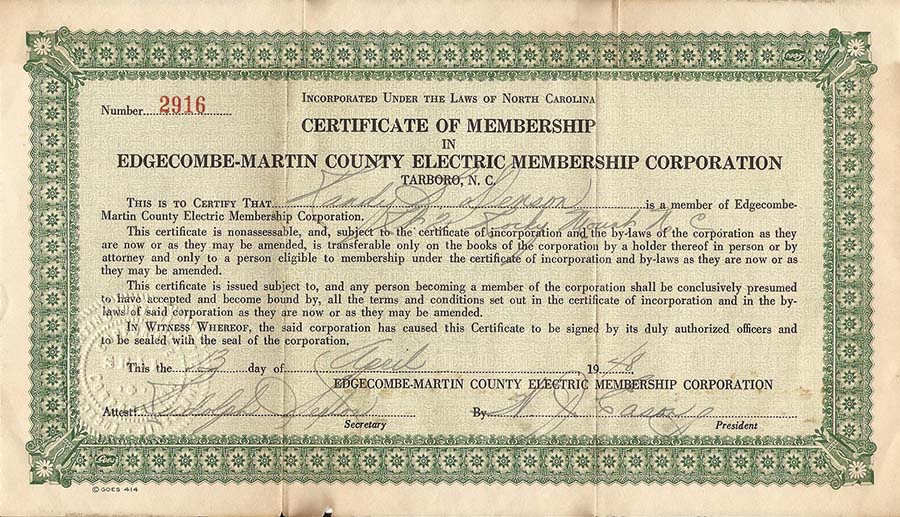 Proud to be a member

This is a certificate of membership in Edgecombe-Martin County EMC, issued April 13, 1948, to Randolph “Randy” B. Denson. His daughter Kim Denson Jones sent it to us. She lives between Rocky Mount and Tarboro and is a member of the same co-op. She believes the certificate was for electric service at her father’s service station known as Hillcrest Annex that he ran on old Hwy. 64. EMC-EMC was the state’s first electric cooperative, formed in April 1936.

In the January issue [“Viewpoint: Policies and People”], Robert Helton lamented that new rules have resulted in the loss of cheap electricity from coal as well as the loss of jobs for coal miners. First, those rules are long overdue and are based on solid science. Further, cheap electricity from coal is an illusion because of the staggering hidden costs pushed onto society, including black lung disease, toxic and cancer causing chemical pollution of our air and water, and release of carbon dioxide (10 billion metric tons annually) contributing to global climate change. In 2014, Duke Energy spilled 70,000 tons of toxic coal ash turning the Dan River a menacing gray for 70 miles.

In contrast, solar panels produce pollution- and carbon dioxide-free electricity so long as the sun shines, which in North Carolina is a lot. After the upfront costs, power bills are cut substantially for decades with almost no effort or maintenance. Efficiency of solar panels has increased, while costs are down. Coupled with a 30% federal tax rebate, systems have become reasonably affordable. North Carolina had been a leader in solar with an additional 35% tax credit for homeowners, but that credit was eliminated in the current budget. A better way to produce electricity that is, in fact, cheap is for policies that help with upfront costs and encourage solar projects.

Producing your own electricity is very empowering, particularly when you are selling power back onto the grid. That is what the fossil fuel industry fears, but cooperative members should embrace. Of the 37,000 Wake Electric members, only 40 have solar panels on their homes — that is about to change.