From Our Readers: PEV Love and Co-op History Lessons - Carolina Country
Viewpoints
May 2016

From Our Readers: PEV Love and Co-op History Lessons

May's letters to the editor 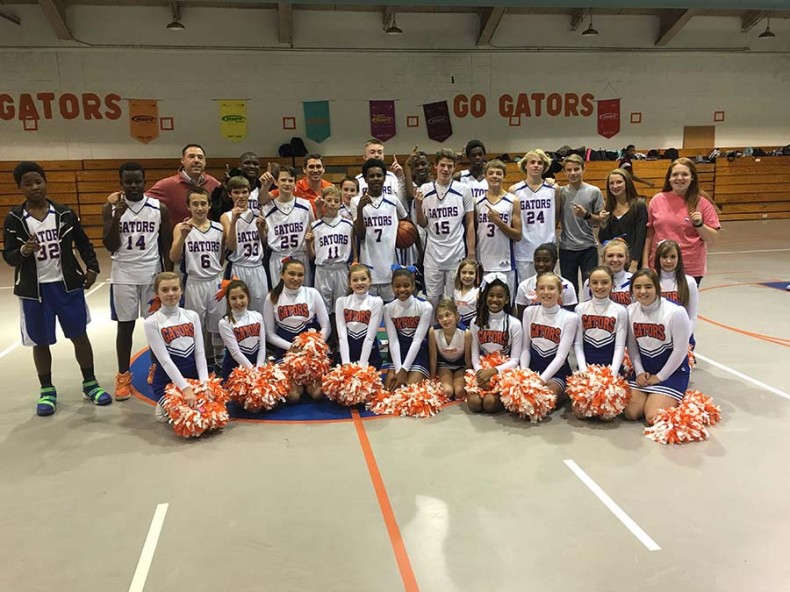 I know you probably don’t remember me, but last year you selected me for the Roy Williams basketball camp [as a Touchstone Energy Sports Camp scholarship winner]. I was so thrilled to get the chance to be a part of such a prestigious camp. I wanted to say thank you again to both of you. I also wanted to let you know that this year I made the middle school basketball team at my school. We had an undefeated season in our county. I attribute part of this success to the camp I was able to attend last summer. It helped give me confidence and increase my focus on the fundamentals of the game. I am forever grateful for the opportunity I was given through both of you. I hope to continue working on improving my basketball skills and be able to play in high school next year. Thank you again!

Rex Hardy III, Wilmington, New Hanover County (I am No. 6 in the picture)

A Wake Electric member shared this pamphlet from 1949–1950 that told the NC electric cooperatives story: “Electricity for every farm,” laughed the skeptics, “is an impossible task. It can’t be done.” “It will be done,” said the determined farmers and they rolled up their sleeves and went to work [bringing electricity to the farms]. The pamphlet explains that the first N.C. electric membership corporations started with less than 500 members total and a handful of employees. At the pamphlet’s date of printing, the co-ops totaled 115,000 members. Today, N.C. electric cooperatives serve more than 2.5 million members across the state.

We own one! A Nissan Leaf [Try This!, “PEVS,” April 2016]. We love it. It costs about $0.04/mile to charge the battery. At $2 per gallon of gas prices you’d have to get 50 mpg to equal that. While four cents is a good deal, that is not the primary reason we bought the car. We wanted to do our part to reduce our dependence on foreign oil and reduce fossil fuel consumption and pollution. Grid electricity uses NO foreign oil. I’m not sure about Union Power, but nationwide about one-third of our power comes from non-fossil fuels. Even the 50 mpg vehicle is still using 100 percent fossil fuel. And renewable energy sources are growing every day. So we win three times: cost to operate, no foreign oil and greatly reduced consumption of fossil fuels.