Eddie Nickens demonstrates how to use bear spray in a Field & Stream Total Outdoorsman video.

When it comes to hunting and fishing, there’s little that Eddie Nickens of Raleigh hasn’t done. Along the way T. Edward Nickens (as he’s known to his readers) has parlayed his love for the outdoors into a successful and wide-ranging career.

In addition to being editor-at-large for Field & Stream magazine, Nickens has had bylines in Audubon, Garden & Gun, Smithsonian and National Geographic, among others. He’s also hosted, co-produced and written for television, including “Heroes of Conservation” and “Total Outdoorsman Challenge.” He compiled and edited four outdoors manuals, and his fifth, “The Total Redneck Manual,” co-written with F&S Hunting Editor Will Brantley, was released last month. I recently had a chance to sit down with Eddie and ask him a few questions. 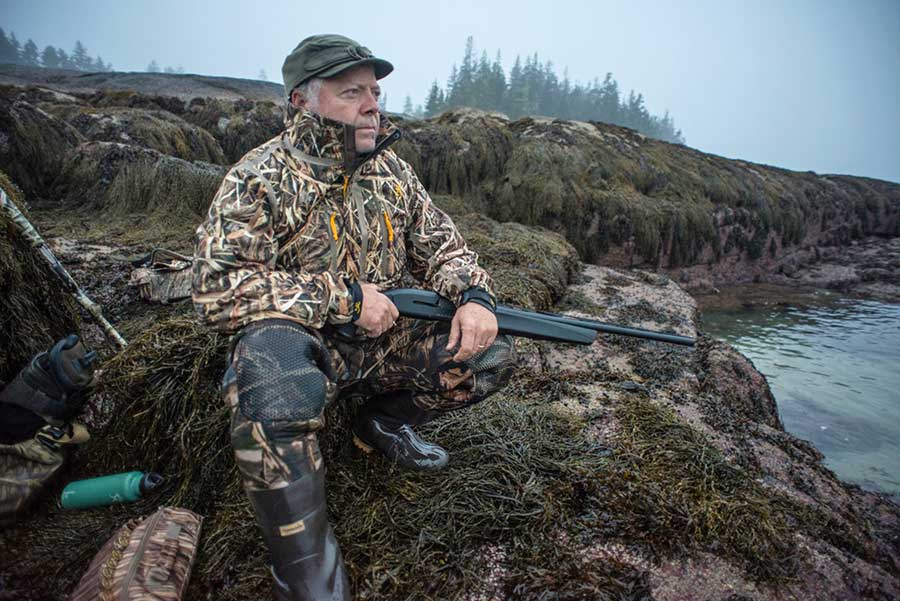 Tell me about the new book.

You look at every other book associated with rednecks out there and they’re caricatures, they’re comedies poking fun … and we thought that was just ridiculous. We wanted to celebrate the redneck and elevate the American redneck’s status to where it ought to be. A redneck is someone who can do it and get it done. Hunting, fishing, camping, survival. We want to highlight what makes the redneck an American icon. The book is a celebration of self-sufficiency. I also helped out with Bob Timberlake’s new book “Bob Timberlake’s Letter to Home” that came out recently.

What are your favorite books?

“The Old Man and the Boy” would be one of them. I read it to my son Jack chapter by chapter when he was 8 or 9. He’s now read it six times, probably. He was reading it on the plane on the way to Wyoming last week. Last month I had the opportunity to hunt the same marshes where Robert Ruark hunted marsh hens. I went to the Old Man’s home where Ruark spent his summers. Got to wear his shooting glasses, which was a thrill. It takes a certain level of maturity to appreciate that book because it was written at … a different time. It is the classic example of hunting and fishing as a metaphor for life.

What is your favorite place in the NC mountains?

How about along the coast? Can it be an unnamed creek? It’s in the Pisgah National Forest. It’s a creek I may never fish again, because I wasn’t sure I was going to get out of it alive the last time I fished it. I’ve fished it three times. The first time was hard, the second time was stupid hard; I wasn’t sure I was going to go back, and the third time reminded me about the second time. It’s one of the most remote trout streams we have. Trail-less at its uppermost reaches. Very, very steep. It’s where Jack first developed his love for fly-fishing.The coastal place would have to be the Cape Lookout/Core Sound area. Have a place down there, have history down there. I helped the Core Sound Waterfowl Museum when they were first being developed.

Do you have a favorite North Carolina activity?

It would be to duck hunt a beaver swamp, for sure.

What issue are you most concerned about in the outdoors?

Access to wild places. It’s not going to get any easier, and we have to be very strategic figuring out how future generations are going to have a chance at having experiences that we have now.

What is your favorite game fish or animal to eat?

That answer will change from time to time, but right now it’s pronghorn antelope because I just put two in my freezer last week.

What do you want for Christmas?